The observations of the intrepid William Gilmore Simms capture an untrammeled Plateau where the Wild Places were truly wild. 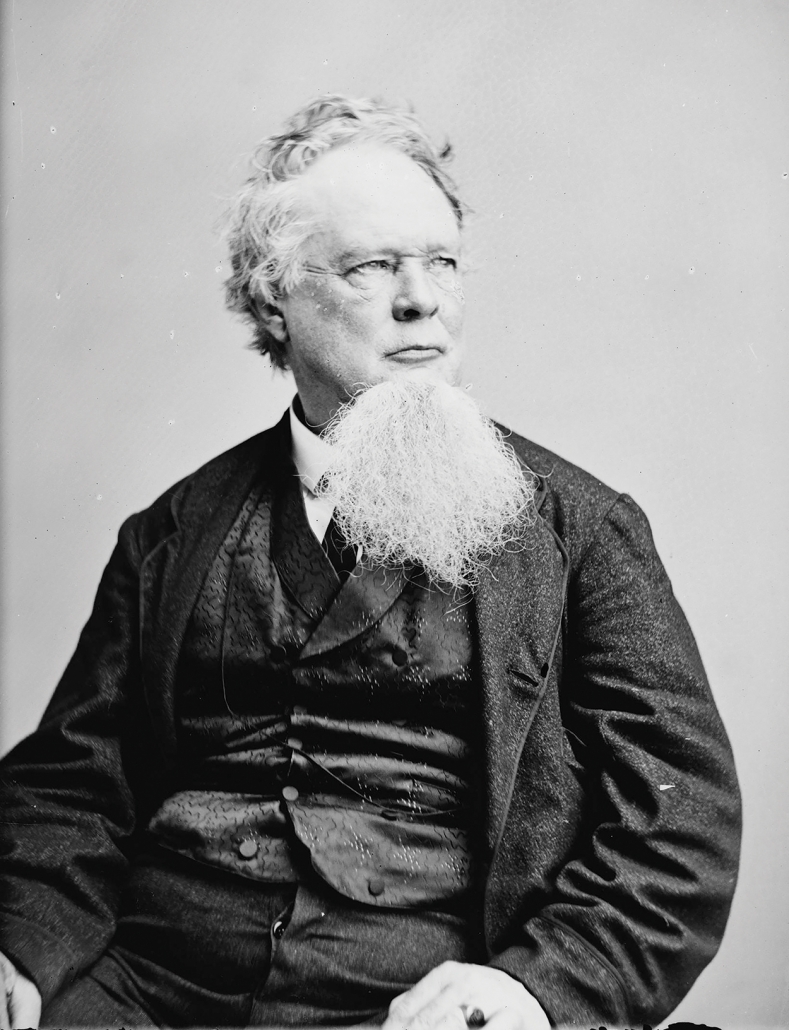 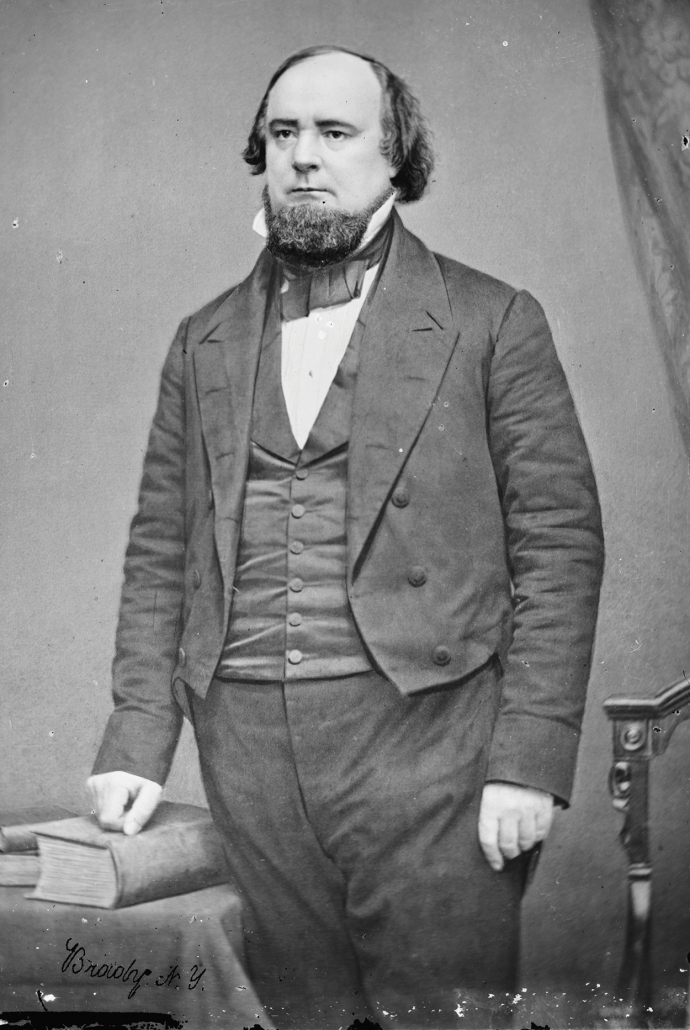 (A Note from Stuart: I hope you won’t correct the spelling of this young village; Simms has it “Cashire” – which I find charming – and Simms didn’t capitalize “mountain” after Whiteside.)

Summer, 1855: “Through tangled thickets, massed valleys of laurel [Rhododendrons] we plunged forward till we passed into the delicious valley of the Cashire and toiled up the steep battlements of the mighty Whiteside mountain.”

That’s Charlestonian William Gilmore Simms (1806-70) describing his Blue Ridge jaunt with his friend, Congressman James Orr of Anderson, South Carolina, later speaker of the U.S. House and governor. Simms was the novelist and literary pooh-bah, a southern-fried James Fenimore Cooper; The Yemassee (1835) was his Last of the Mohicans.

In the photos, Orr is younger; Simms has the gray, patriarchal, waterfall of a beard. His account is from an address delivered at the inauguration of the Spartanburg Female College on August 22, 1855. Most of his speech is about educating young women to become good mothers and abounds in similes and metaphors and, for all I know, s’mores, as it goes on for 62 pages, comparing Appalachia’s wilderness to humanity minus the benefits of learning

But Simms also describes a thunderstorm from Whiteside’s summit and offers a short poem which seems to be about our mountain (which he believed was 6,000 feet high), invoking its Cherokee legends.

Professor Todd Hagstette of the University of South Carolina, Aiken, editor of the William Gilmore Simms Society’s Simms Review (there is one!) and former director of USC’s online Simms Initiatives, confirmed during a phone call that the poem was most likely by WGS, as “it sounds like Simms” and our man didn’t quote others without attribution.

Here are the opening lines, for the second time in 166 years: “The Eagle nest/ The Magic Mountain of the Blest/ Where the Wacondah’s form, at first/ In glory o’er the forests burst/ And rent the giant rocks in twain/ …”

Speaking of talented writers and prominent people from Anderson: Lee Lyons will preside over free storytelling workshops and performances at Shakespeare & Company Booksellers this summer. Check shakespeareandcompanyhighlands.com or call (828) 526-3777 for info.