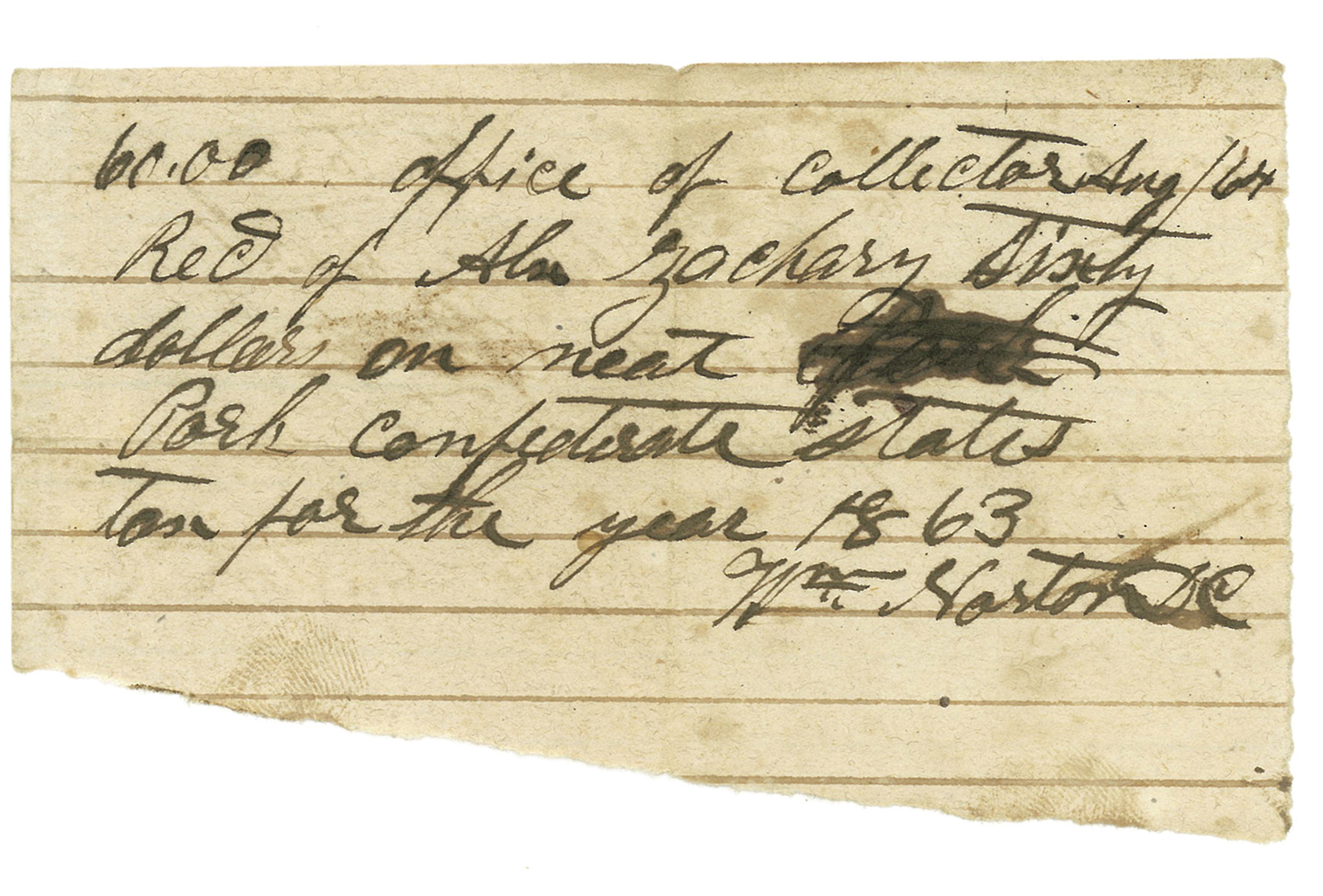 This receipt of $60 (in Confederate money?) was paid to the Confederate government in August of 1864 for the year of 1863, by Cashiers Valley resident Alexander Zachary.

It was signed by his brother-in-law, William Norton, who was a neighbor. It must have been a bitter pill for Alexander to swallow, being that he was a well-known Union sympathizer. Father of 11 children, four of them were male with the older ones the right age to serve in the military. Sons Christopher Columbus (C. C. or Lum) Zachary, Alexander Washington (Wash) Zachary, and James Madison Zachary initially joined the Confederate Army but later deserted, not at all unusual for many southern Jackson County young men.

The youngest brother, T. R. Zachary, was only 11 when the war started.

C. C. Zachary reportedly was a member of a bushwhacker group responsible for the murder of Ned Norton in Whiteside Cove close to the end of the war. C. C. went west, ending up in Montana, never to return to Cashiers Valley. Wash Zachary lived for a while in East Tennessee but returned to North Carolina, where he lived out his life in Norton. James M. Zachary’s exact whereabouts in the last two years of the Civil War is unknown but he might have apprenticed with a dentist in South Carolina. He became one of the earliest dentists in southwestern North Carolina, built an imposing home in Norton and there fathered eight daughters, two of them also becoming dentists.

Alexander Zachary frequently harbored in his Cashiers home Union Army officers who had escaped from Confederate prisoner-of-war camps in South Carolina. At the end of 1864, Alexander allowed his 14-year-old son, Thompson Roberts (T. R.) to help guide, on foot, a group of those escapees from Cashiers Valley all the way to Knoxville, Tennessee, which was in the hands of the Union Army. Yes, Alexander was a strong Union sympathizer but he still had to pay Confederate taxes.