For Debbie Word, the secret to delicious, smooth whiskey and bracing gin was growing all around her. The whole enterprise started right here in Glenville. Check out the wonders offered at chemistspirits.com. 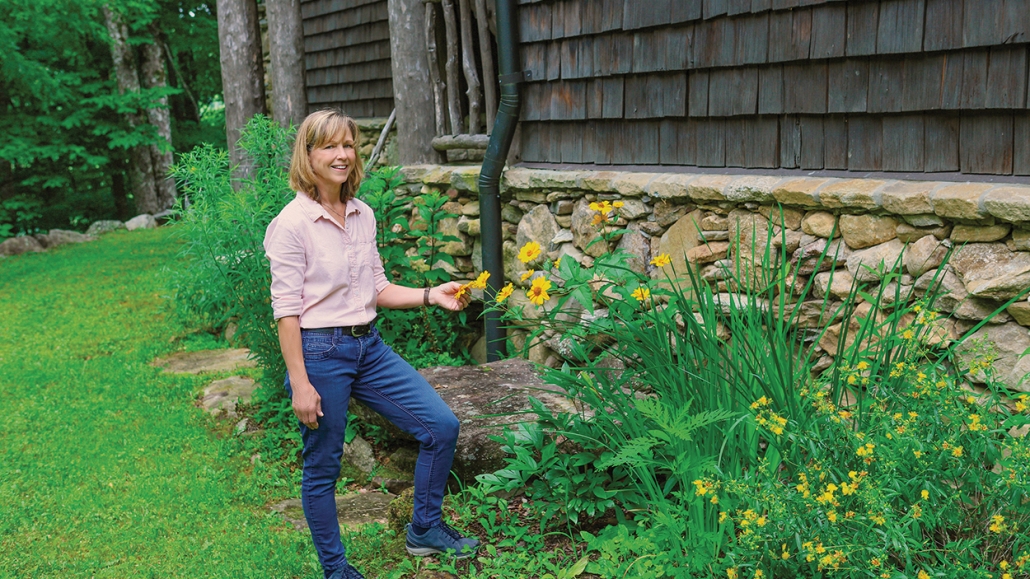 Debbie at her Glenville Cabin where Chemist Spirits was born. 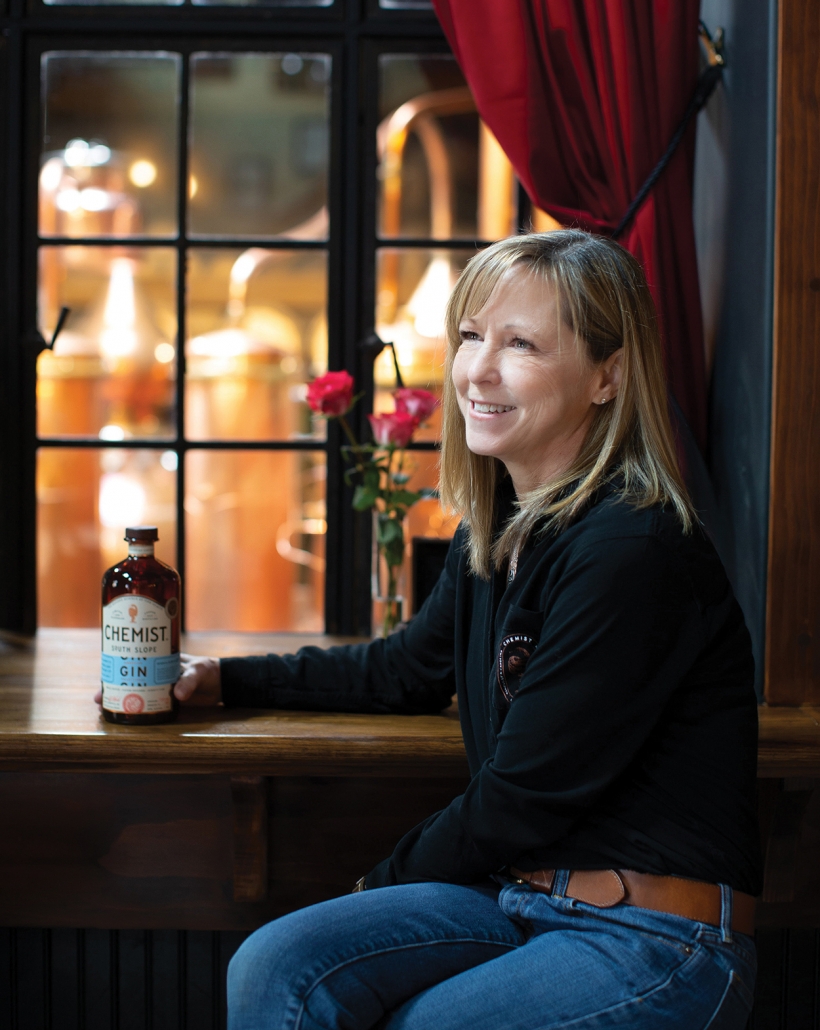 Debbie Word, a self-described serial hobbyist, a woman who expressed her creative needs baking, weaving, and tending to bees, was hosting out-of-town guests at her cabin in Glenville.

They were, as always happened, bombarding her with questions about the mysterious drink they had so long heard of –
mountain moonshine.

And as she always did, Word sated their curiosity and drove to a nearby parking lot where she doled out cash for a quart of cloudy liquid.  One evening, as she and her company passed the glass jar around the campfire, the whiskey burning hot as it coursed down her throat, Word couldn’t help thinking that “there has to be a way to make this stuff more palatable.”

That Christmas, she asked her husband for a still.  Home stills are illegal of course, but he found a man in Asheville who agreed to make one.

Soon Word was cooking up whiskey on her cabin stove. In February 2015, she was doing just that as her daughter, Danielle – an actual chemist – and her son-in-law, James, a graphic designer, looked on.  Eyeing the illegal production, Danielle talked about Prohibition and the legal spirits business of the time that allowed the sale of “medicinal alcohol” to pharmacies for dispensation by prescription. 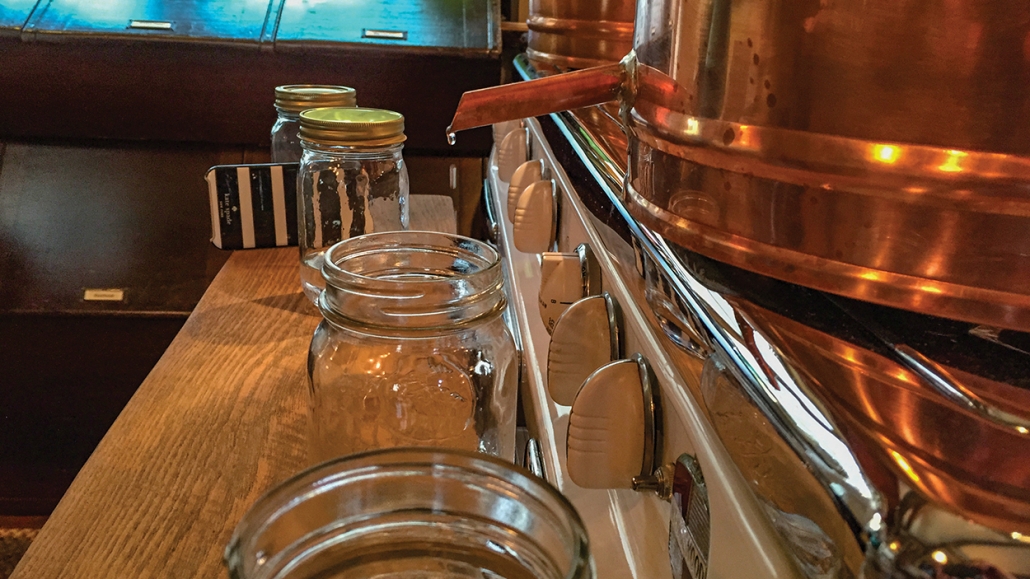 Word’s whiskey was more than merely palatable; it was delicious.

Why not make it legal, they thought?  They could merge Debbie’s background as a landscape architect and her love of historic preservation with Daniele’s skills in science and James’ artistic talents. What had once been a hobby could become a career, a future, and a legacy.

Within two months, Word purchased a building in downtown Asheville. A 1990’s era auto repair garage became a tasting room in front with a distillery in the back, redesigned to look like a 1920’s pharmacy, and outfitted with antiques. They acquired the adjoining land and built a bar – a “playground for their mixologists” to “play with our products and serve the public.”

Before opening, there were obstacles to overcome. Among them, a tangle of federal permits and regulations to unravel and the struggles of a female team to be heard and seen in a male-dominated industry.

Undaunted, the trio persevered, and Chemist Spirits opened its doors in June 2018.  They have won plaudits for their American Gin, which “features botanicals native to the North Carolina Highlands.” Juniper is still present, yes, but it’s more of a hint in the background, allowing botanicals like lemon verbena, cardamom, and mint to truly shine.

“What makes Chemist distinct from other distilleries is our unique focus on approachability,” James says. “[Debbie] wants a gin, that, even if you hate gin, you’re going to love our gin.” 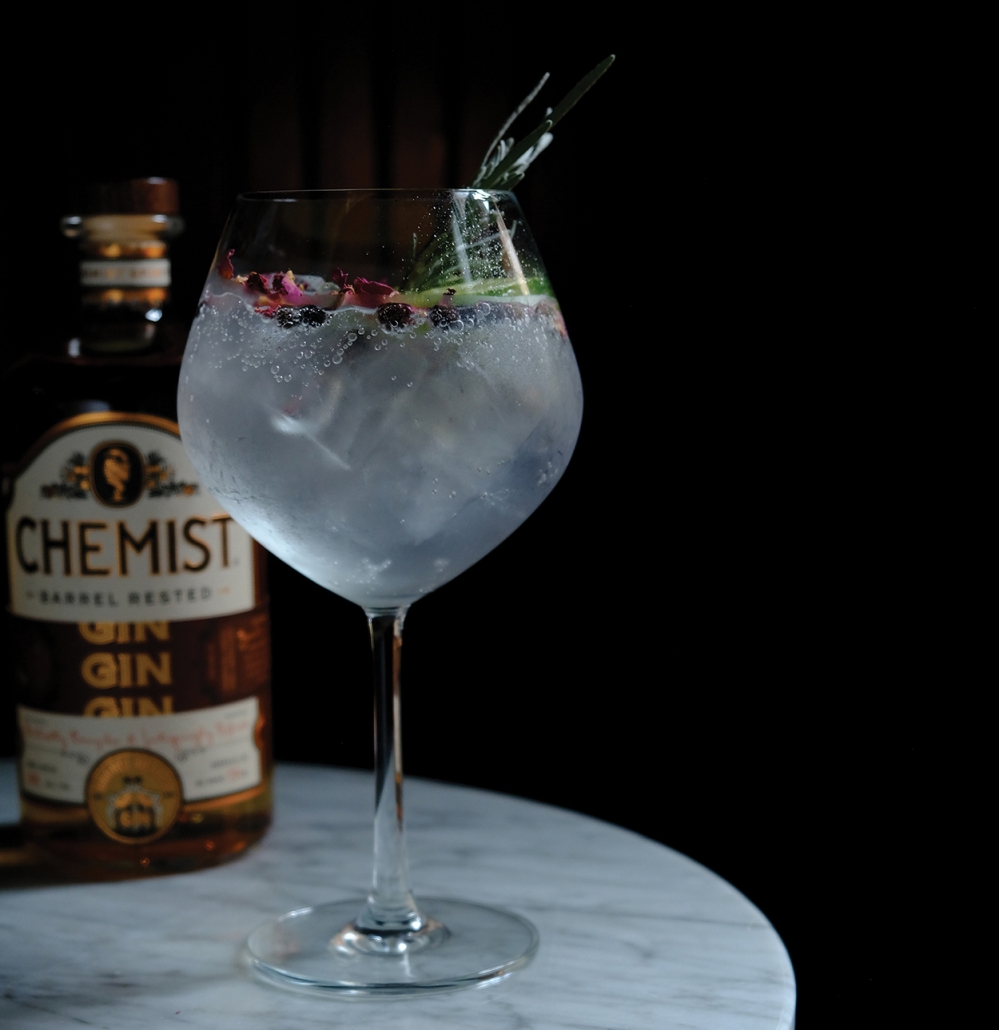 In the last three years, they have released three new flagship gins and started a whiskey program, including a collaboration with Biltmore House. Though business slowed during the pandemic, they are growing exponentially again and will reach 45,000 bottle production this year. Chemist spirits are currently sold in 3 states – North Carolina, Georgia, and Tennessee, and concurrent with this writing, in the UK.