Barbeque Disco Party at The Farm at Old Edwards

The Pig Reigns Supreme when the Fox Brothers stage a Barbecue Disco Party at The Farm at Old Edwards on Saturday, June 12. Make your reservations right now at OldEdwardsHospitality.com/FoxBrothers. 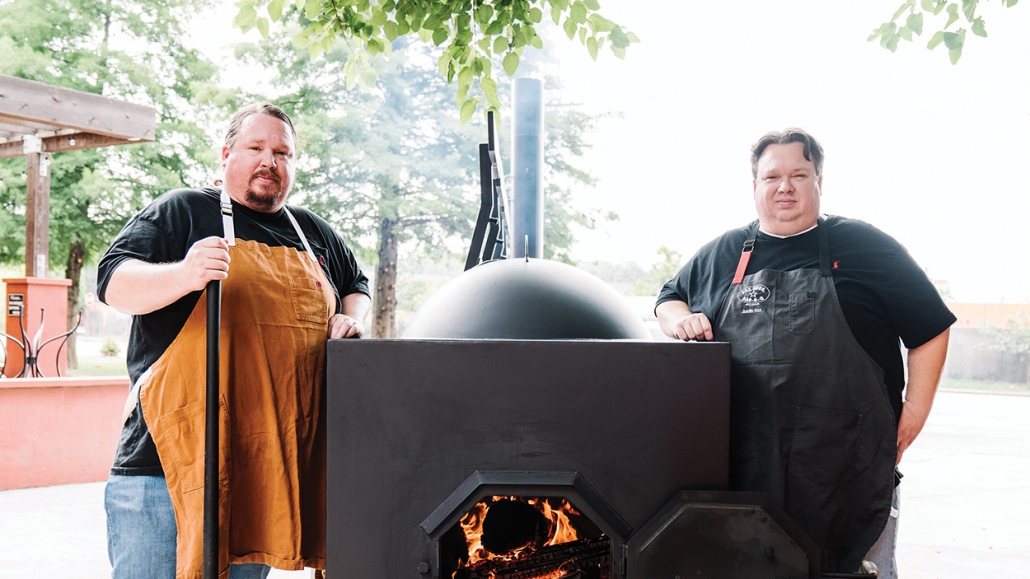 Barbecue, that voluptuous gastronomical favorite of every Southerner, lies somewhere in the culture between cult fetish and religious experience.

And when the barbecue is from the wood-fired pits of Atlanta’s Fox Brothers and combined with a Disco Party – as happens at The Farm at Old Edwards on Saturday, June 12 – then it is to be expected that a singular, scrumptious evening is in the offering.

Jonathan and Justin Fox – the team presiding over the wood-fired pits – are originally from Fort Worth, Texas, where barbecue is cooked by hot smoke from a wood fire with minimal spices and without basting. Settling in Atlanta, they developed their own “southern-style” barbecue; melding it with the distinct cooking techniques and flavors they ate growing up in Texas.

They brought slow-smoked brisket and a whole lot more to Atlanta – stand-out hickory-smoked chicken wings and “foxy” creations that span regional styles like chopped brisket-laced fries and chicken-fried ribs with Alabama white sauce.  They brought with them as well Frito Pie – the portable Lone Star treat, made by ladling beanless chili directly into single-serving bags of corn chips.  Rarely seen beyond the Midwest, Frito Pie is now one of the most popular dishes on their menu – a legacy of their birthplace, San Antonio, where the deep-fried masa chips known as Fritos originated in the early 1930s.

Their dazzling recipes have earned them accolades and praise from food critics and barbecue aficionados – one of Southern Living’s “Top 10 Barbecue Joints,” glowing reviews from Travel & Leisure, Forbes, Atlanta Magazine, and TV appearances that include The Today Show, The Travel Channel, and Food Network.

The success of their restaurants and legion of devotees that followed from around the country has spawned a line of barbecue and wing sauces sold at Whole Foods and other stores, and a partnership with the Atlanta Falcons,

As the Fox Brothers like to tell their guests “loosen your belt.” The evening promises a chance to indulge in the succulent and the juicy, beginning at 6:30 P.M. with passed appetizers of  Pork Belly Burnt End, Tomato Pie Tart, Shishito Peppers with Cheeto Dust, and Pimento Cheese Croquettes.  Serious eating continues with Whole Hog with Spicy Vinegar Sauce and Cracklings, served with sides of Slaw and Frito Pie. An ending of certain exponential joy is a dessert of Banana Pudding Ice Cream Sandwich.

Cost is $155 per person, plus tax and gratuity.  You can book online today at OldEdwardsHospitality.com/FoxBrothers.