Shadow of the Bear 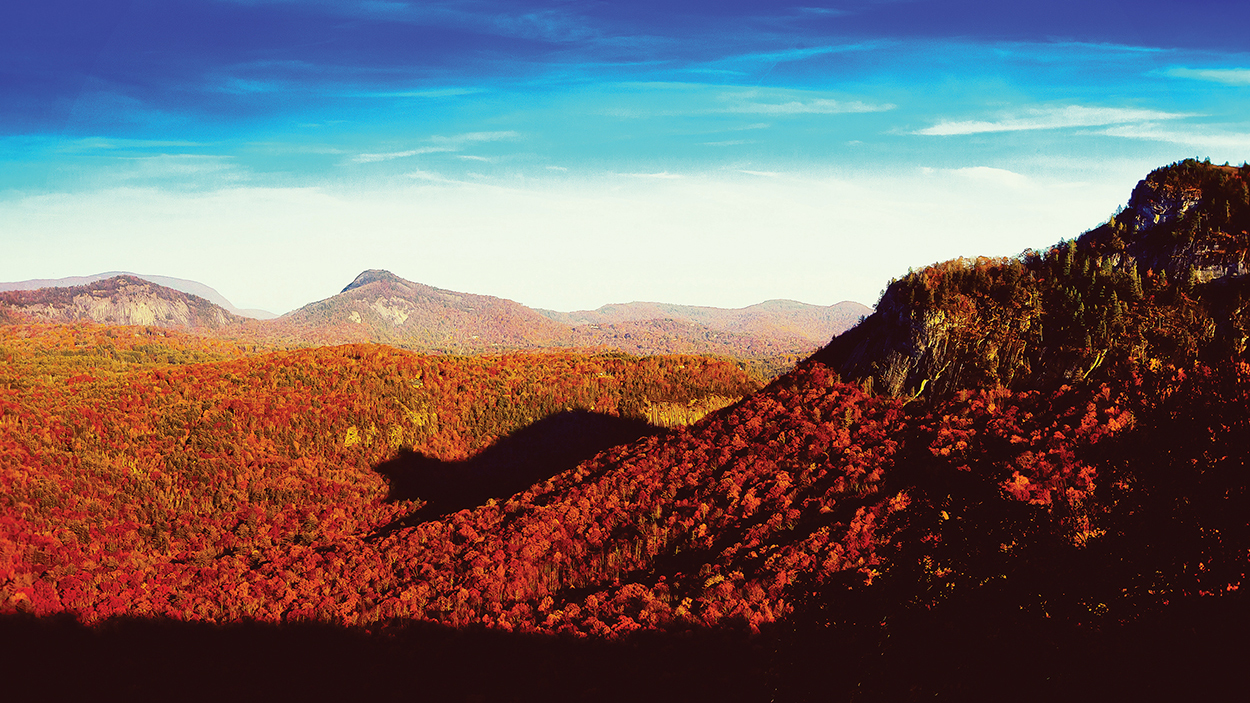 One of the most exciting and adrenaline producing moments here in the mountains is encountering a Black Bear, the closer the encounter, the higher the heart rate.

And only slightly less-exhilarating and much safer way to see a bear, even if it’s not the living, breathing kind, is to catch the annual autumn appearance of the Shadow of the Bear at the Rhodes Big View Overlook on Highway 64 East between Highlands and Cashiers.

This mystical creature makes his shadowy appearance for several weeks starting in mid-October between the hours of approximately 5:30 until 6:00 P.M..  As the sun sets and moves behind  Whiteside Mountain, the shadowy figure of the bear emerges from the valley floor among the brilliantly colored autumn foliage.

It’s an imposing and inspiring sight whether you’re seeing for the first time or the twentieth, and a sight that’s garnered national attention since it can only be seen here.

Often forgotten is the fact that the bear shadow makes another appearance from mid-February until early March, but the fall appearance draws the most visitors.  The combination of this one-of-a-kind shadowy display and the fiery fall leaves is truly a sight that you shouldn’t miss.

The earliest inhabitants of our area, the Cherokee, revered the Black Bear for both his spirit and as a powerful animal. They believed that the shadow of the bear was a sign that a powerful bear spirit protected them from the evil Spearfinger, a shape-shifting witch who lived in a cave on Whiteside Mountain, and used her spear shaped finger to stab people.

This amazing phenomenon draws a large crowd so proceed with caution to the panoramic overlook, find a safe parking spot and walk to the overlook to view.  Always be aware that this is a busy highway, so be safe and find a spot off the road near the guardrail to stand and watch the shadow emerge.