An Evening With Ron Rash 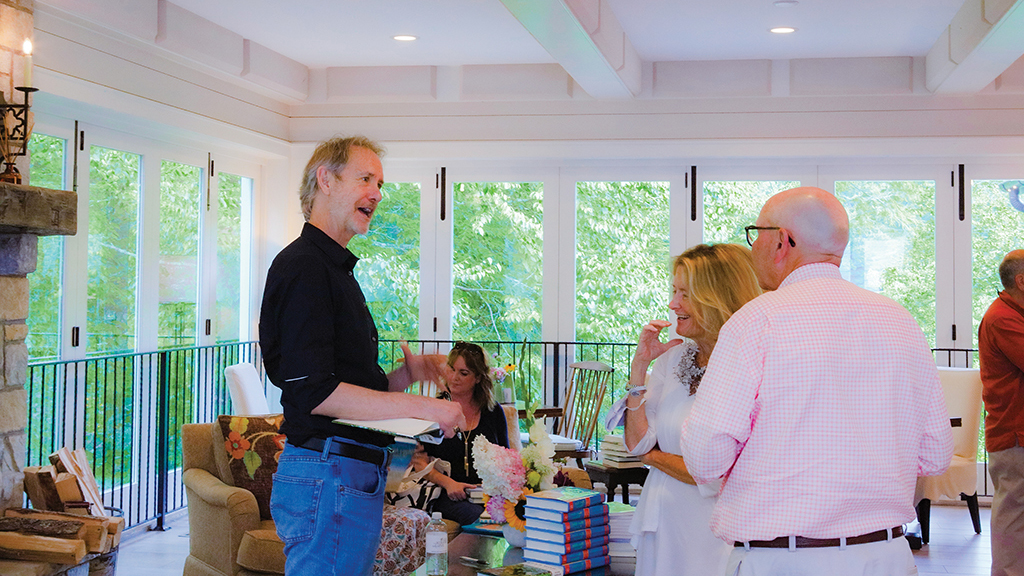 Many people became fans of Author Ron Rash’s work after reading his 2008 novel, Serena, about the early-20th-century lumber business in Western North Carolina.

What made the story so compelling was not only the historic aspects and the fact that Rash captures to a tee both the harshness and the natural exquisiteness of the Appalachian mountains, but he also features a female character who is arguably the most subtly underhanded and cunningly vile antagonist ever penned in a narrative. The book became an unfortunate and forgettable movie, which Rash had nothing to do with, but Serena brought the author to the forefront and drew many to the native son’s decades of poetry and prose.

An Evening With Ron Rash, set for 5:30 to 6:30 P.M. Tuesday, September 7,  is the Center for Life Enrichment’s opportunity to not only spotlight the author’s achievements regarding the written word, but also provides participants a chance to have his latest book, In the Valley, signed – as a wine and cheese reception and book signing follows his presentation.

Rash will read from In The Valley, which is a collection of short stories that includes his first novella. Janet Maslin of The New York Times described In The Valley
as “mesmerizing” and added that Rash is “one of the best living American writers.” Currently, he is the John Parris Distinguished Professor of Appalachian Cultural Studies at Western Carolina University (WCU), and over the years he has won numerous awards, including the Guggenheim, O. Henry Award, and the Frank O’Connor International Short Story Award in 2010 for Burning Bright.

Rash will be introduced by Brian Railsback, Ph.D., a professor of English and the former founding Dean of The Honors College at WCU.  Dr. Railsback will collect questions for Rash from those who pre-register; the questions will be used as the basis for an interview after Rash’s reading. Pre-registrants can email their questions to [email protected].

Cheers to the last month of Summer! What outdoor s