On the Verandah will stage an exclusive Williams Selyem Wine Dinner during Highlands Food & Wine at 6:00 P.M. Friday, November 12. For reservations, visit ontheverandah.com or call (828) 526-2338. 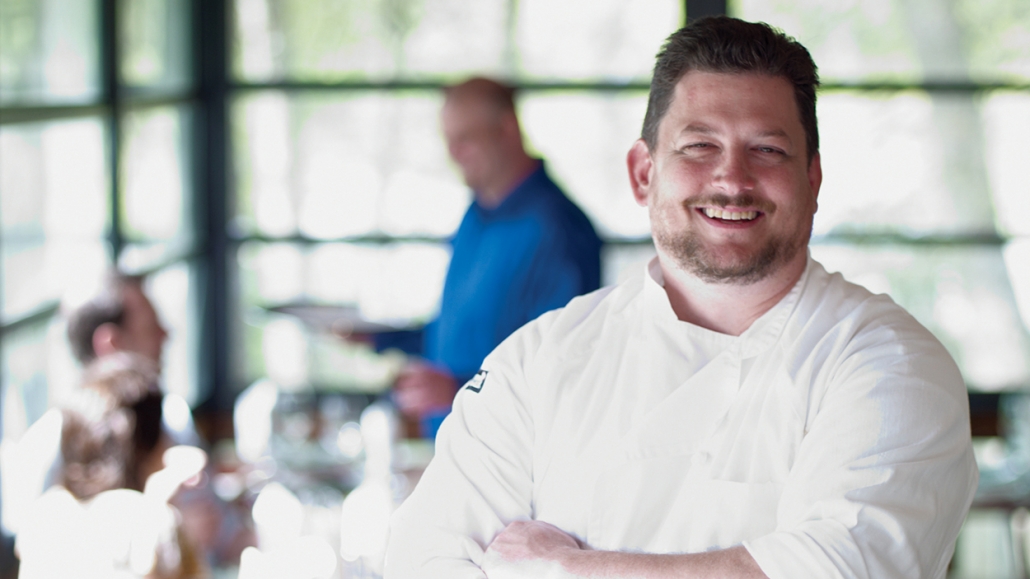 The dinner is part of Highlands Food & Wine and coincides with On the Verandah’s 40th anniversary.

Together they set a new standard for Pinot Noir winemaking in the United States, aligning Sonoma County’s Russian River Valley in the firmament of the best winegrowing regions of the world.

OTV, as it is known, is rich in history.

When it was erected in 1937, it was a speakeasy.  Later it housed a roller-skating rink and then a coin shop.

The structure stood empty for more than a few years before Alan and Marta Figel purchased it in 1981 and turned it into a restaurant. Set on the river, shaded by oaks and pine trees, it was doubtless the ideal spot for the couple’s new venture.

In 1999, following the retirement of his family members, son Andrew Figel became the sole proprietor and Executive Chef.

During a trip to Hong Kong in 1995, Chef Andrew met a chef who became a mentor, taking him to markets to select fresh ingredients every day. He became intrigued with lemongrass and tamarind, and some of his dishes today reflect an Asian flair. A favorite dish is the Oriental Scallops, which he tried to take off the menu, but there was a public outcry, so they remain!

Another influence in his culinary circle was Chef Paul Prudhomme, whom he met at the National Restaurant Show, and who was instrumental in his love of gumbo and hot sauce.  Later, Chef Andrew was asked to prepare a dish at the Hot Sauce Show in Reno, Nevada. He chose Shrimp Cakes and everyone raved…he was hooked!

Figel contracts with small farmers who supply exotic mushrooms, fiddlehead ferns, and other delicacies he chooses to cook with. He also makes his own chili paste and frequents Asian markets in Atlanta. His Duck Gumbo is a two-day process, but worth the wait.

The restaurant continues to be a place of delight where regulars have congregated for generations, and allegiance remains high.