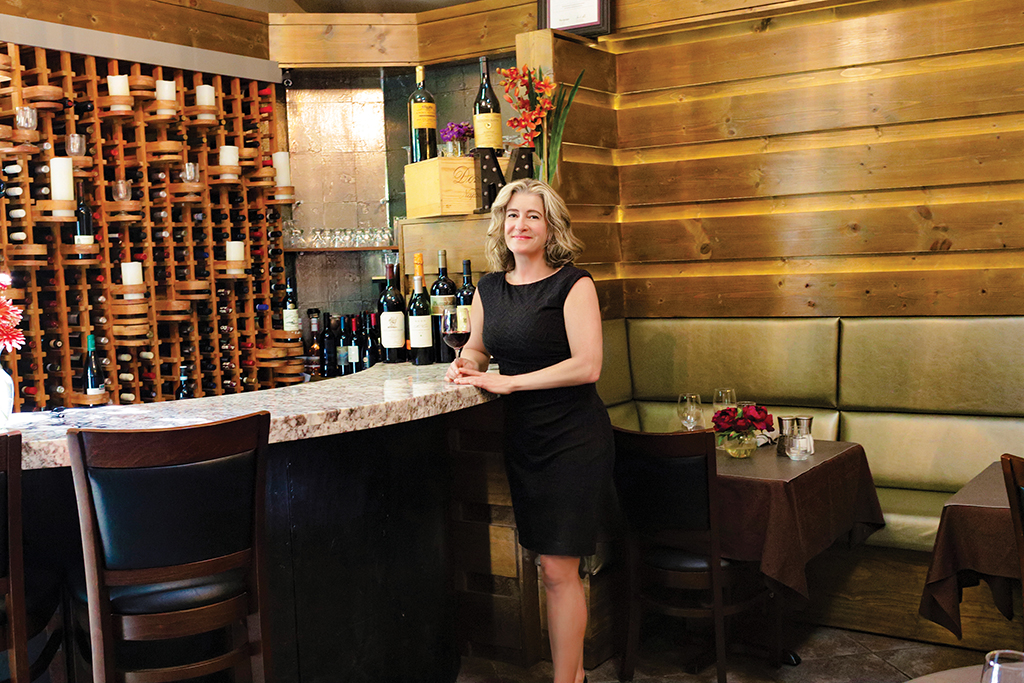 The celebratory sounds of a traditional St Patrick’s Day celebration were silenced today as North Carolina Governor Roy Cooper halted dine-in service across Highlands.  In its place, you could barely hear the air sucked out of the lungs of local restaurateurs  – the hard-working folks who had spent decades serving the community.

Meritage Bistro owner Andrea Schmitt struggled with the decision that faced everyone in the industry: To close or pivot to a new business model?

Three-and-a-half weeks later, the Easter holiday provided a way back, and the restaurant celebrated for its Mediterranean cuisine began offering curbside pick-up.

“We wanted to provide an escape for our customers who we knew were seeking a fine-dining take-out option, and we needed to show them that we were still remaining optimistic and positive,” said Schmitt.

Customer and employee safety were prioritized, and sanitary measures were instituted along with policies requiring not only the employees but also their entire famililies to self-quarantine.  Schmitt herself pledged to not visit other stores.

Reinventing her business “on the fly,” the culinary team adapted a take-out menu of customer favorites, including Sea Scallop Caponata and Farroe island Salmon with Wild Mushroom and Leeks.  Schmitt looked back to her beginnings as the creator of  the original Wild Thyme, a retail wine shop with a café, and began offering wine specials, encouraging customers to stock their cellars at reduced pricing.

Adapting a fine-dining restaurant for take-out had been a challenge, but an enthusiastic response reaffirmed that the effort was worth doing. Customers reacted immediately to the new business model – supporting the restaurant not only with weekly orders for wine and food, but sending emails to friends praising their meals and promoting the Thursday through Sunday take-out option. Curbside also allowed Andrea and the staff a window on its audience, to see the gratitude of their guests and to feel their satisfaction.

“We were reduced to these short interactions when people pick up and it’s  literally what  sustained us as a group,” she says.

With the onset of Phase 2, Meritage has re-opened at 50 percent capacity.  All of the former, available staff has been re-hired and the restaurant continues to advocate for preventative measures for customers and staff. The would-be-empty tables are populated now with wine bottles, and the retail wine business flourishes as Schmitt has opened up her extensive wine cellars, accumulated over many years and more recently enlarged in synchronization with a Wine Spectator Award application.

As she ponders how best to balance safety with customer expectations, Schmitt has discovered that “being back in business now feels more exciting and joyful, and not just about loss.”