About 10:00 a.m. New Year’s Eve the sun came out at the house, and being on vacation, I decided to call an audible and go fish the East Fork of the French Broad river near Rosman, NC. 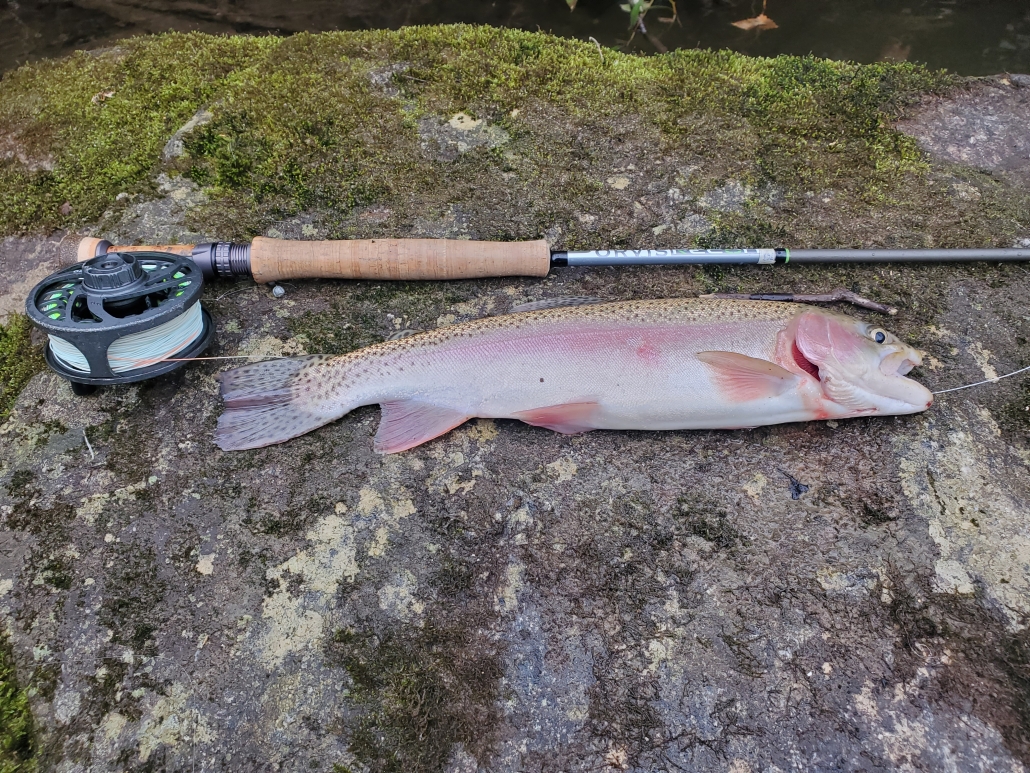 About 10:00 a.m. New Year’s Eve the sun came out at the house, and being on vacation, I decided to call an audible and go fish the East Fork of the French Broad river near Rosman, NC.  I fiddle-fussed around getting out the door, bought a few flies at my local fly shop and finally pulled up to a mostly empty East Fork at 1:00.

As I arrived, there was a young, 20-something fishing with a strike indicator in the right hole, wrong spot.  I smugly thought to myself “I’ll hit that hole later after he flails around for a while”. Starting one’s day with smug arrogance, even if only in thought, is never good.  The fishing gods hear everything.

I took my rod to another spot in the river, and after my first cast, tangled my flies so bad I had to cut them off and re-rig in the river. No worries, I thought.  It’s a beautiful day, I’m in no hurry.  It’s all good.

Armed with fresh flies, I reposition myself, make a few casts, and miss two fish.  Still all good, I think.  At least I know the flies work. I take another step, to reposition myself again, a rock shifts underneath and I’m down in an instant. I’m talking submerged, head-to-toe soaking, Baptist river baptism, so-much-water-in-my-waders-that-my-red-eye-was-soaking-wet, wet. 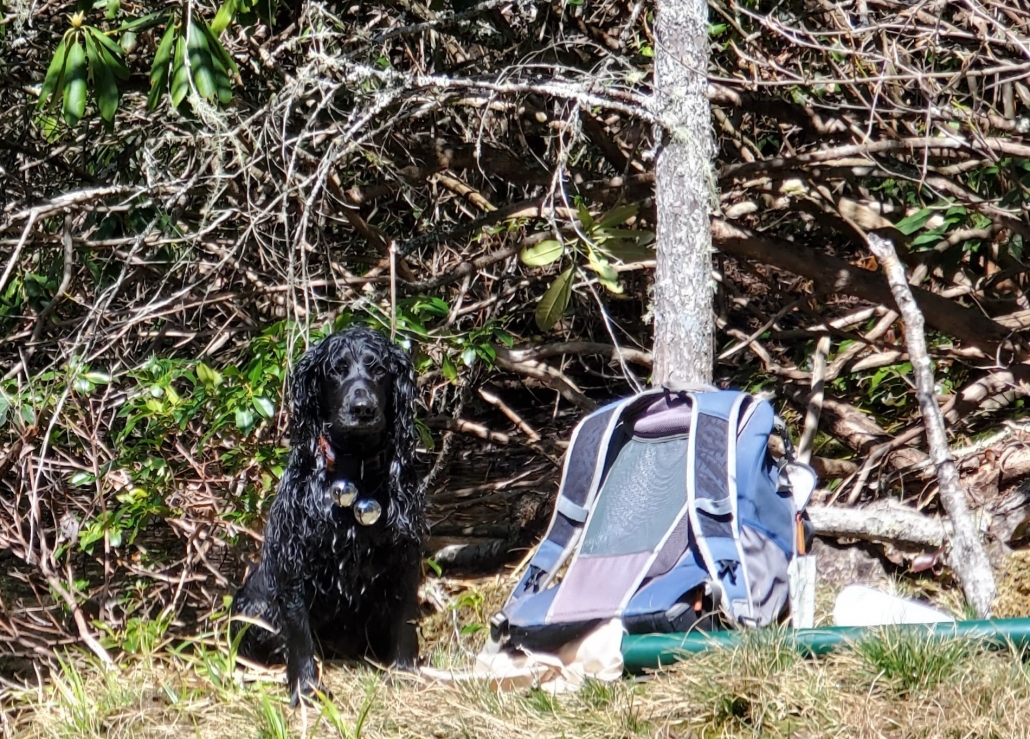 Meanwhile, Minuit, my cobalt-black, English cocker spaniel, is sitting on the riverbank with a “What the heck are you doing?!” look on her face.

After flailing and gurgling about for a few seconds, I pop back up and my immediate thought is “The fishing gods are trying to tell me something, maybe today was just not meant to be” and slosh my way back to the car. When we get back, I gather my wits, notice that it’s only 1:45, so screw it, it’s 65°F and other than a wounded ego, I’m not cold, so I tell Minuit “Let’s keep fishing!”

I fish for another hour, miss 2-3 more fish and start thinking that the fishing gods aren’t subtle today.  But I’m nothing if not stubborn, so I move up-river. At approximately 2:30, I hook the largest trout of my life on a pattern called “trout crack”.  It’s basically an egg pattern. This 27″-29″ leviathan was deep in a hole, and once hooked, came up just long enough to let me get a good look at the fish I would never net. With one shake of her head, she spit the fly and slowly retreated back to the depths of the pool, a hallowed haunt that will populate my nightmares for years to come. In the deafening silence that follows losing a once-in-a-life-time fish, the fishing gods were roaring with laughter.

After wiping away my tears, I asked Minuit, “Should I quit?  No one would blame me.  I’ve more than given it a valiant effort.”  It was starting to get a little chilly, I was still completely soaked, no shame if I packed it in . . . I kept fishing.

And was rewarded 20 minutes later with this 16″, fluorescent-red rainbow that was the fishing gods’ comprise, the perfect consolation for a persistent day on the East Fork.

Stay Warm with Zoller Hardware's Product of the Mo