The Art League of Highlands Cashiers’ Small Works Art Show will be held at the Sapphire Valley Community Center Nov. 26 & 27 2021

The Art League of Highlands-Cashiers Fall Colors show is held at the Civic Center in Highlands October 16 and 17, 2021.

The Art League of Highlands-Cashiers Summer Colors art show will be held  July 24 -25, 2021 at the Community Center in Sapphire Valley.

Michael Mayer’s acclaimed production, first seen in the 2012–13 season, sets the action of Verdi’s masterpiece in 1960 Las Vegas—a neon-lit world ruled by money and ruthless, powerful men. Piotr Beczala is the Duke, a popular entertainer and casino owner who will stop at nothing to get what he wants. Željko Lucic sings Rigoletto, his sidekick and comedian, and Diana Damrau is Rigoletto’s innocent daughter, Gilda. When she is seduced by the Duke, Rigoletto sets out on a tragic course of murderous revenge. Štefan Kocán is the assassin Sparafucile and Michele Mariotti conducts. 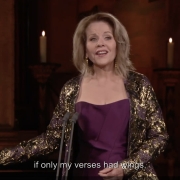 Since 2018, The Bascom has offered local and regional artists an opportunity to tell a larger narrative, explore new artistic concepts, and introduce a body of work to members and guests of the visual arts center through their Pop-Up Series.

This year’s members challenge is based on our 2021 annual theme: PLAY! Bascom member artists are asked to submit an original piece of art that they feel best encompasses what the term means to them. The members challenge is our longest running exhibition and this year marks the fifth year with juror selection.

The origins and motivation of the sub-culture of skateboarding have always supported individuality, creativity both through design and the physical, alternate thinking, questioning the norm with a bit of anarchy.

In its 5th year, The Bascom’s photography residency has grown as an essential component of the organization’s mission. Attracting photographers from across the country, this unique residency opportunity not only benefits the resident artist through a variety of professional development opportunities, but also serves the community through important education programs for local students and adults.