Though she’s endowed with an almost preternatural talent for the game of golf, for Anna Stiehler it’s still a family and community affair. 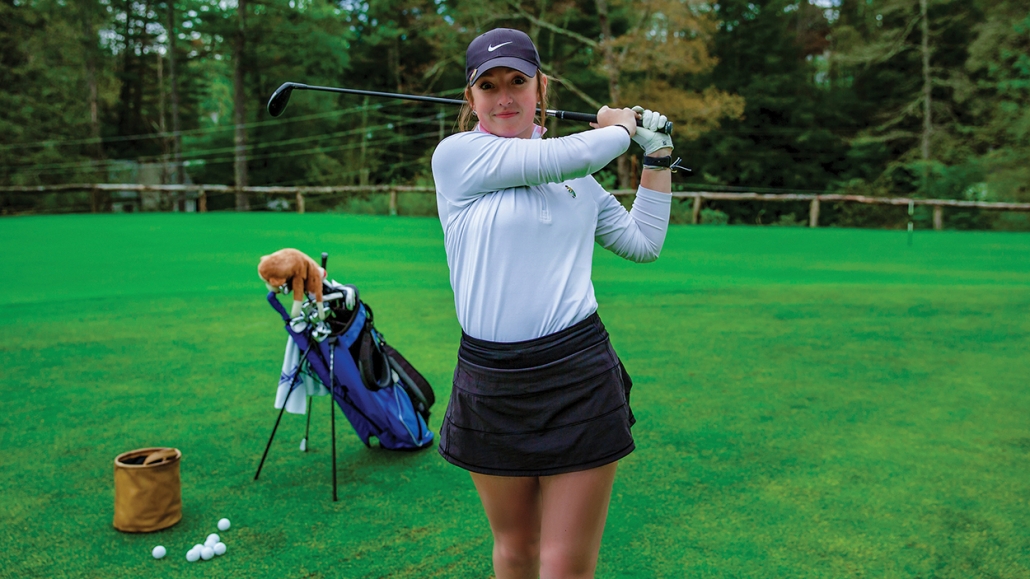 Highlands School finishing sophomore Anna Stiehler has been on a golf course since she could walk. And in May, the young athlete, the only female golfer at her school, competed in the 1A and 2A Women’s Golf State Championship.

Anna comes from a long line of golfers. She said her father, Brian Stiehler, golf course superintendent at Highlands Country Club, began playing as a young teen, and he learned from his father.

Said Anna, “My dad took me to the course with him so I grew up knowing the game of golf. It has been a big part of my life. Even when I was so little, I would play a couple of holes and hit it around to get used to it. Golf has always been something my dad and I could do together and something I’ll always cherish.”

By the seventh grade, Anna got the bug to compete and she’s now completed her fourth season. Since there are no other girl golfers at Highlands School, she competes as an individual against other girls, but said she has practiced with the boys.

Her father is her coach, while her mother, Hilary, serves as an encourager. “She helps me with the mental side to keep me from getting stressed out when I’m competing,” Anna said.

Also, Teeter Smith, retired golf professional from Highlands Country Club, sometimes provides instruction to Anna. “He’s given me confidence in my swing,” she said. “The one thing he’s always told me is that swinging a club is like a dance. It’s always the same dance but a different partner.”

While making it to regional and state championships is thrilling for Anna, she says she will always play golf for the challenge of the game, the beauty of being outdoors, and – most importantly – the time she gets to spend with her dad.

Plus, the support she has received from teachers, fellow students, and the community “warms” her heart. “I get texts and emails of encouragement and congratulations. We’re like a family in this town.”