The Magic of Falconry 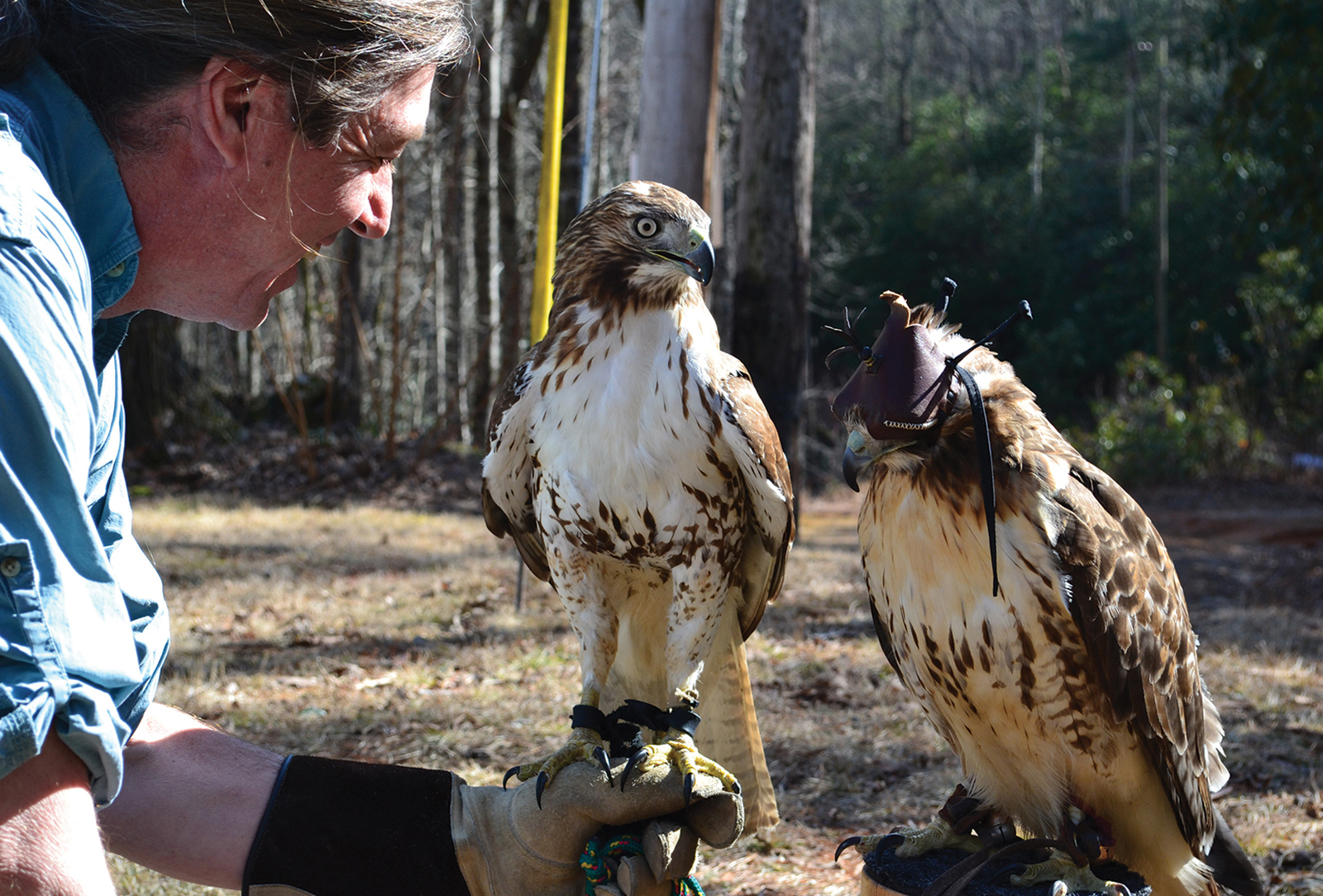 Pete Kipp knew he wanted to be a falconer at the tender age of eight.

That’s when he had a magical encounter.  On his way to fish, a hawk landed in a tree near him.

“It stared me down with blood red eyes, so intense that its image burned into me,” he says. “Then it flew away.  Excited, I ran home and told my dad.  He got out the bird book and discovered it was a Northern Goshawk, a large, fierce bird of prey.”

That was an epiphanic moment.

By the age of 12, Kipp had captured his first hawk, a female red-tail.  This was around 1970, before falconry was regulated.  He had to do massive research to learn the ropes…and tethers.

The following year he moved to Highlands.  There he met one of the North America Falconers Association’s founders, Dr. Herbert Keopp-Baker.  He sponsored Kipp through the licensure process, including testing in 1981.

“In 1986-87 I was a consultant/volunteer on the Whiteside peregrine falcon release,” Kipp says. “By 1989 peregrines were successfully breeding where they thrive today.

There are three types of raptors used in falconry, distinguished by their body types.  The Falcons are the aerodynamic jet fighters.

“We train them to circle in the sky while we flush prey,” Kipps says. “They speed-dive and snap-up their prize.  They wait by the game for their trainers to reward them with a prime cut of the catch.”

Hawks like Red Tails have a parachute design for soaring, with broad wide wings and short flaring tails.  They follow masters who beat the brush.  Then they dive down from the trees to get their prey.

Goshawk-types, with short wings and long tails, are designed to fly through the forest. Their strength is to negotiate trees at high speeds.  When a pheasant pops up,
game’s on.

And if you thought raptors were all business, not so.  They get excited and wag their tails when the hunt is on.

In 2014 Kipp met Jeff Curtis of Curtis Outfitters.  Together they created a hands-on raptor experience open to the public.  Google Curtis Wright Outfitters for more information or check out Curtis Wright Falconry on Facebook.  Contact Kipp at (828) 553-5063, [email protected].