Royal Couple of the Forest

The Rose-breasted Grosbeak’s feathered-finery and irresistible cheep-cheep songs elevates it to the top ranks of Plateau Avian Royalty. 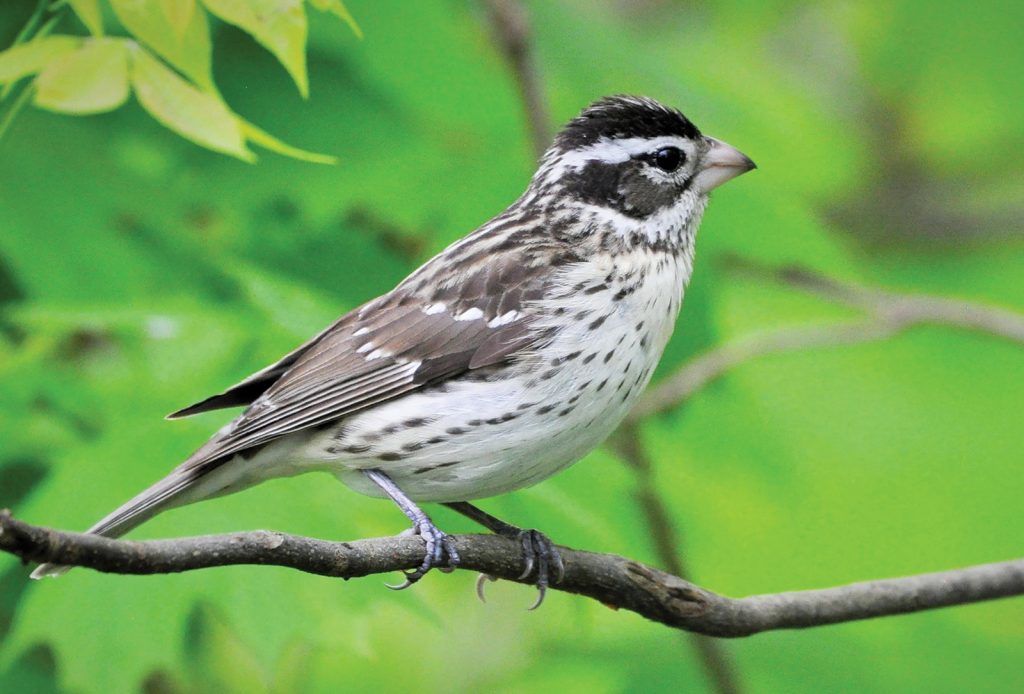 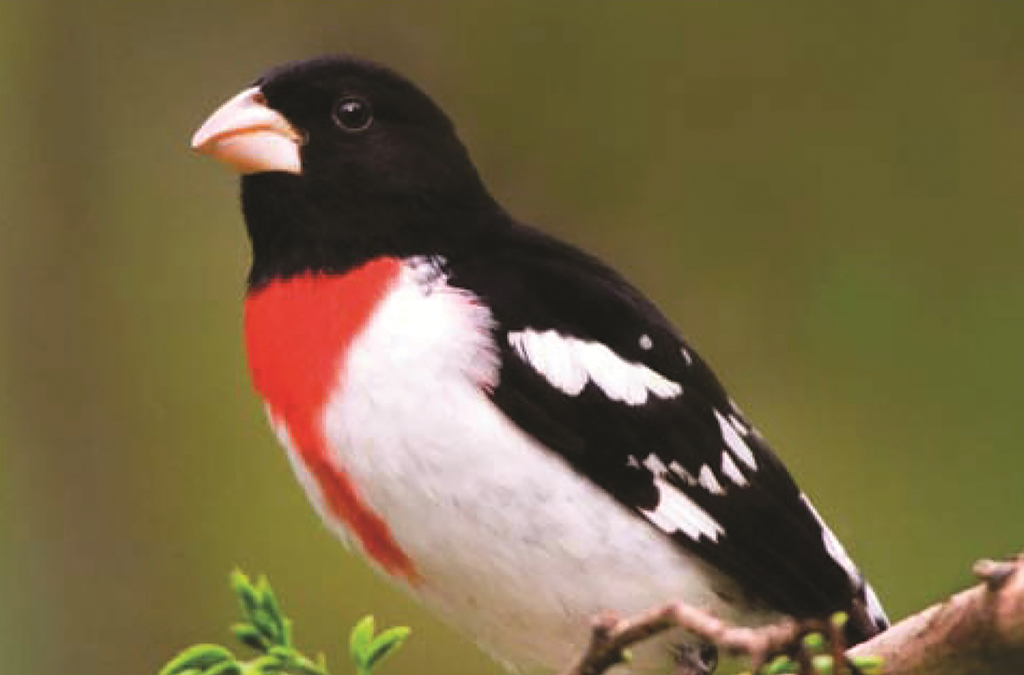 The beauty of the Rose-breasted Grosbeak (Pheucticus ludovicianus) amazes with every close-in sighting.

The female is elegantly attired in an ermine breast vest with prominent white eyebrows and a cape of white-tipped feathers spanning 50 shades of tan to brown to black face makeup. The formally attired male has stark black and white plumage suggestive of a tuxedo with a bright rosy-red bib that, dramatically, looks like either a silk ascot or a cut throat. Males have pink-red and females yellow wing linings.

The Rose-breasted Grosbeak is a member of the colorful Cardinal family, along with tanagers and buntings.

See for yourself: This is avian royalty!

A large bird, both male and female are almost as large as American Robins, and their habitat is deciduous and mixed woods where forests give way to meadows, openings and transitional fields. Their breeding and migratory range extends from the northern U.S. east of the Rockies and into Canada to the south as far as Central and South America.

Grosbeaks glean seeds and berries from shrubs and trees and catch insects mid-air. They are frequent visitors to bird feeders stocked with sunflower seeds.

Lotharios court females with wing, tail and head movements while singing their song.

Both members of the pair-bond build a nest of twigs, leaves and weeds 10-20 feet off the ground. She does most of the work. He guards the territory. Four eggs, usually, are incubated by both parents until the hatchlings appear in 13-14 days. Fledglings leave the nest 9-12 days after hatching. A second brood might follow.

Both males and females raise clarion voices in the woods, similar to the American Robin but more musical, louder, lasting six seconds and consisting of as many as 20 notes. Both sit on the nest and, rare in the avian world, both sing while sitting on the nest. Their shrill calls have been likened to the sound of a tennis shoe squeaking on a hardwood floor. Recordings of their songs and calls are available online at the Cornell Lab of Ornithology website.

Happy summer birding from the Highlands Plateau Audubon society. Look for these birds perching on horizontal branches below treetops.

The mission of the Highlands Plateau Audubon Society is to provide opportunities to enjoy and learn about birds and other wildlife and to promote conservation and restoration of the habitats that support them. HPAS is a 501 (c)(3) organization, a Chapter of the National Audubon Society. Visit highlandsaudubonsociety.org for information on membership and all activities.