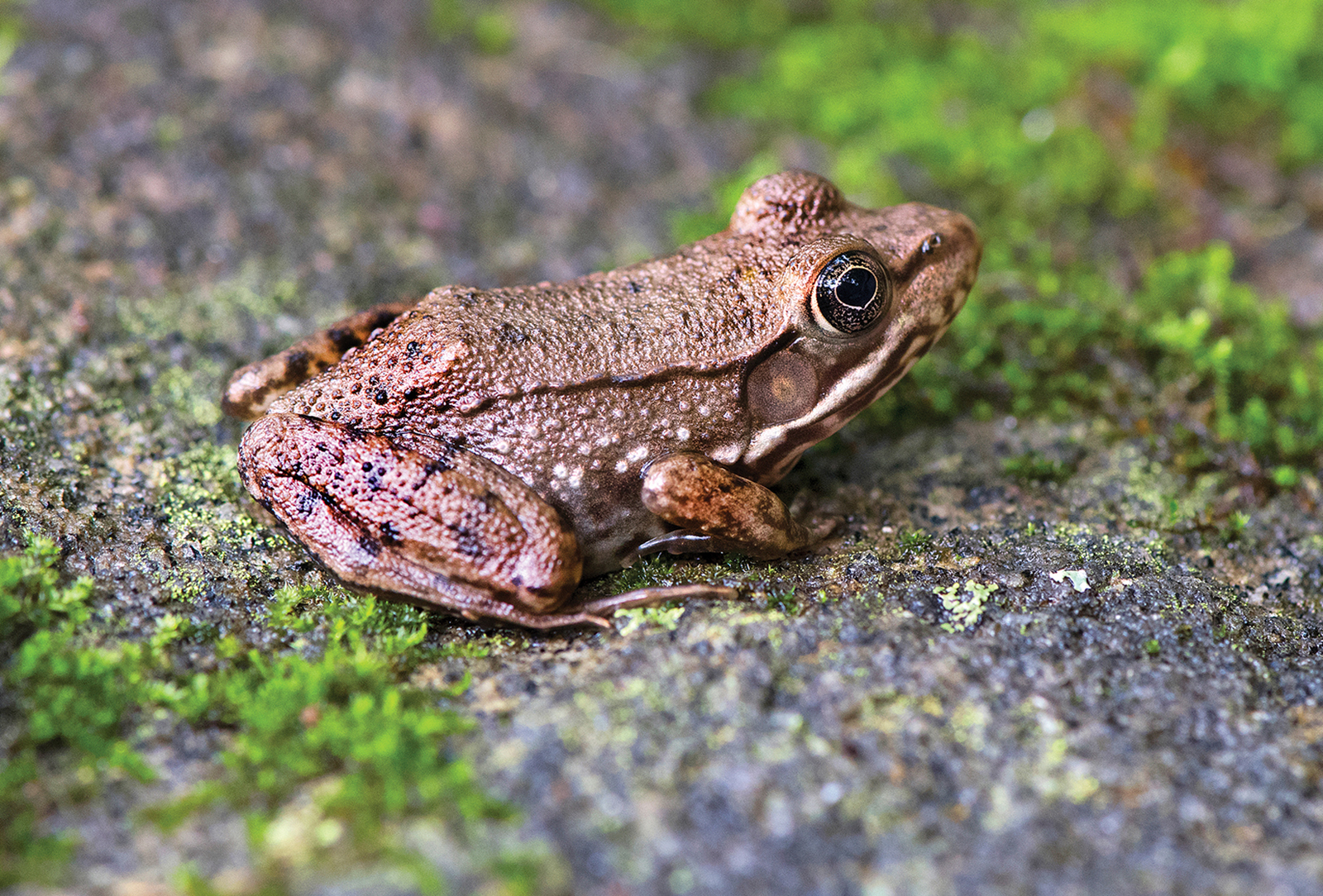 Habitats and Habits: Green frogs are smaller than bullfrogs, but their habitats and habits are similar. They are found throughout the state with the exception of some barrier islands. Eggs are deposited as a surface mass. The tadpoles resemble those of the bullfrog but are smaller, often having a lower tail fin and lacking distinct black dots. Tadpoles may take up to a year to transform.

Call: Green frogs breed in spring and summer — usually from April to August. Their call is an abrupt “c’tunk,” often compared to the sound of plucking a loose banjo string. An abrupt “eeek!” may also be given as an “alarm call” by startled individuals as they leap into the water.

Frog Fact: Following metamorphosis, juvenile green frogs often disperse from their natal ponds to neighboring ponds. Movements of up to three miles have been documented.