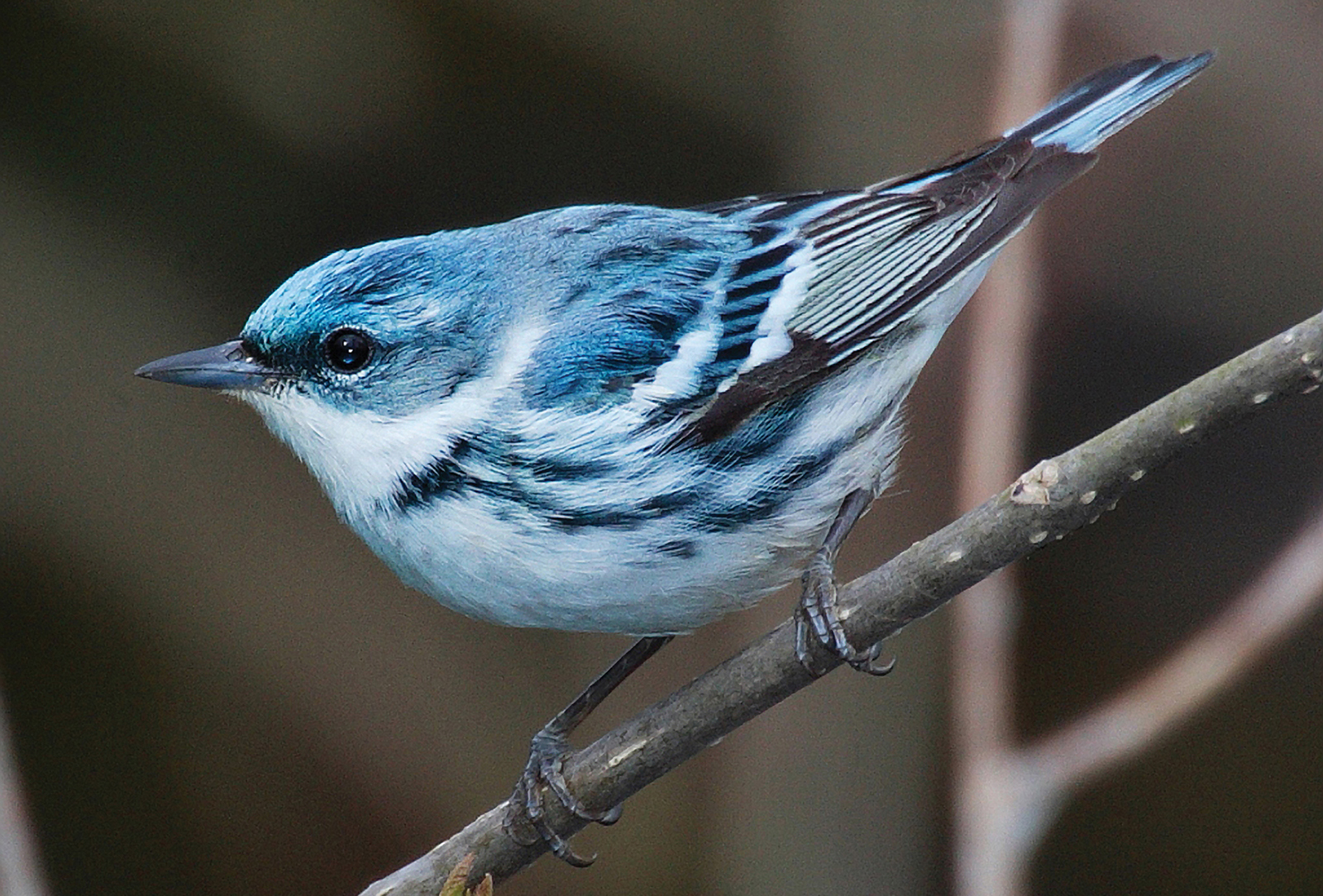 The Cerulean Warbler nests in mature deciduous forests in the northeastern quadrant of the country, but mainly to the north and west of North Carolina. It does migrate through the remainder of the state, but it is a rare bird. Breeding habitat in the mountains is quite specific – mature deciduous forest on steep slopes, usually with grape vines, and often with much tuliptree, and a lush herb layer.