The incredibly diverse bounty of plants and animals proves an irresistible lure to researchers from all around the country at Highlands Biological Station. 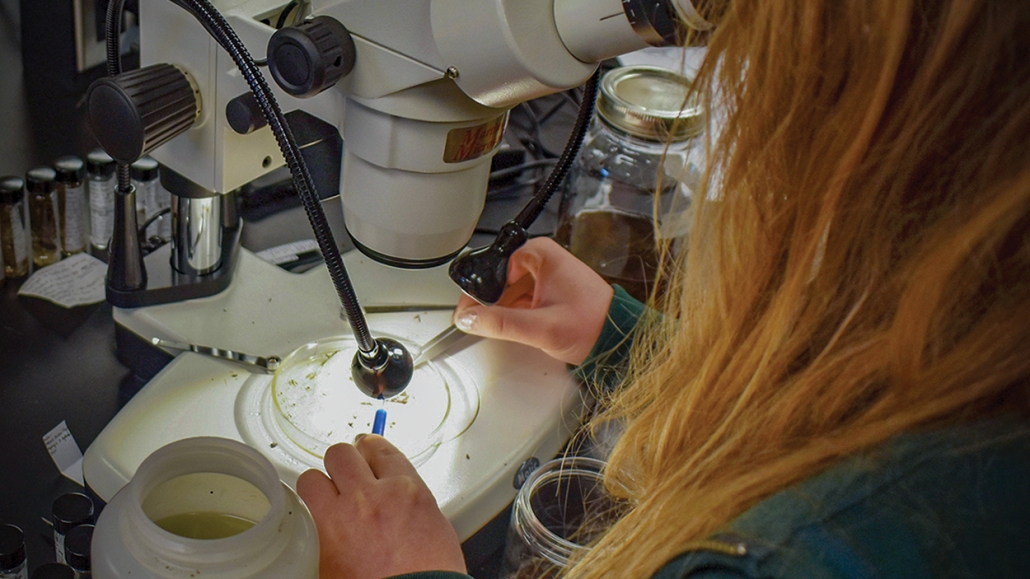 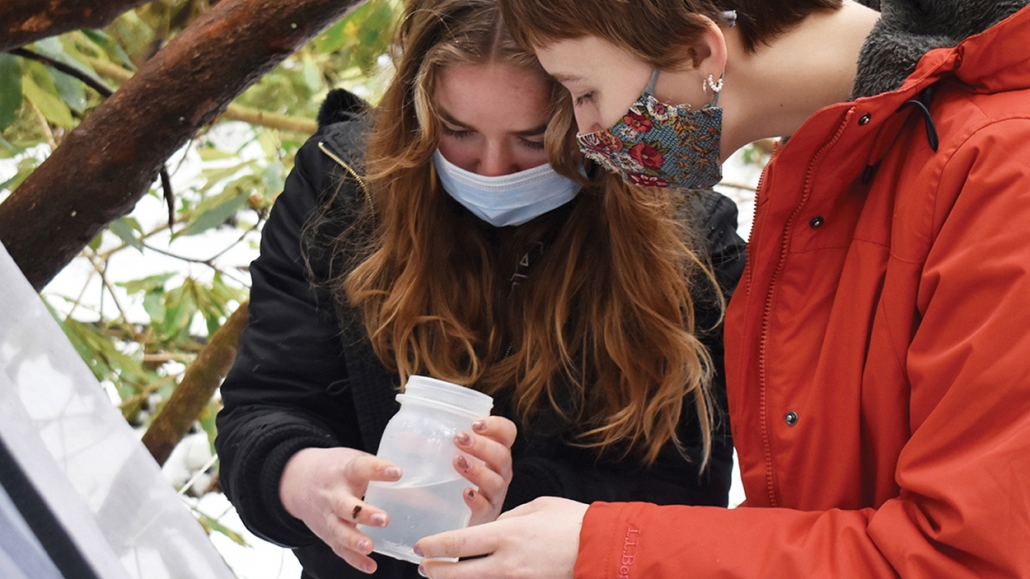 From left are HBS Interns Lizzie Gavrilov and Mary Brother checking a Malaise trap at the HBS.

Student researchers from throughout the country visit the Plateau to conduct research in both the lab and out in the field as interns at the Highlands Biological Station, which sits just outside downtown Highlands.

These future scientists make their way to Highlands to take advantage of the nearly 500 species of mosses, ferns, wildflowers, shrubs, and trees that flourish on HBS’ multiple campuses.

This gives interns access to natural forest, wetlands and old-growth plant communities connected by a series of trails and boardwalks that make up HBS, which also includes the Highlands Nature Center and Highlands Biological Foundation.

HBS Associate Director Jason Love said the goal of the internship program is to provide meaningful work experiences for students.

“In return, the station benefits by having the students involved in data collection activities that would otherwise not get accomplished, such as sorting thousands of insects to Order level groupings (e.g., beetles, moths and butterflies, stoneflies, flies) or measuring hundreds of trees and shrubs in permanent vegetation plots,” he said.

This winter’s HBS interns all attend Bennington College in Vermont and were able to spend six weeks on the Plateau.

Love said internships vary depending on the availability of the student.

Over the summer, HBS hosted students from Berry College, Appalachian State, the University of North Carolina at Asheville, and Western Carolina University for up to 12 weeks.

HBS Intern Mary Brothers said the main focus of her studies was the so called “insect apocalypse,” a.k.a, the theory that insect populations are decreasing at an alarming rate. She also studied tree coring and general trail maintenance.

“The Highlands Biological Station, and the Highlands area, are both extremely beautiful and an extremely interesting area to study,” said Brothers, who is in her junior year at Bennington. “The insects we were studying were caught at the station and the trees we cored were also at the station. The station has several different natural environments (bog, rich cove forest, old growth forest) that make it diverse and conducive to a wide variety of studies.”

Freshman and HBS intern Lizzie Gavrilov said she is working on a couple of different projects while visiting HBS, the first is to sort insects using two Malaise insect traps at HBS. Gavrilov collected insects from the traps and sorted them by order, and the data will be used for a study on insect populations and how the state of the environment is affecting them.

Her second project entails gathering insects from stream samples and then sorting the insects from the debris. This study is conducted every three years and takes a year to conduct.

“This is a good area for these studies because there is so much life all around, the terrain and climate provides homes for a wide array of species,” said Gavrilov. “There is also a really long history of other studies and observations researchers have done in the area, so it’s really cool to continue exploring the area.”

Visit highlandsbiological.org/jobs-and-internships for more information about opportunities at the Highlands Biological Station.