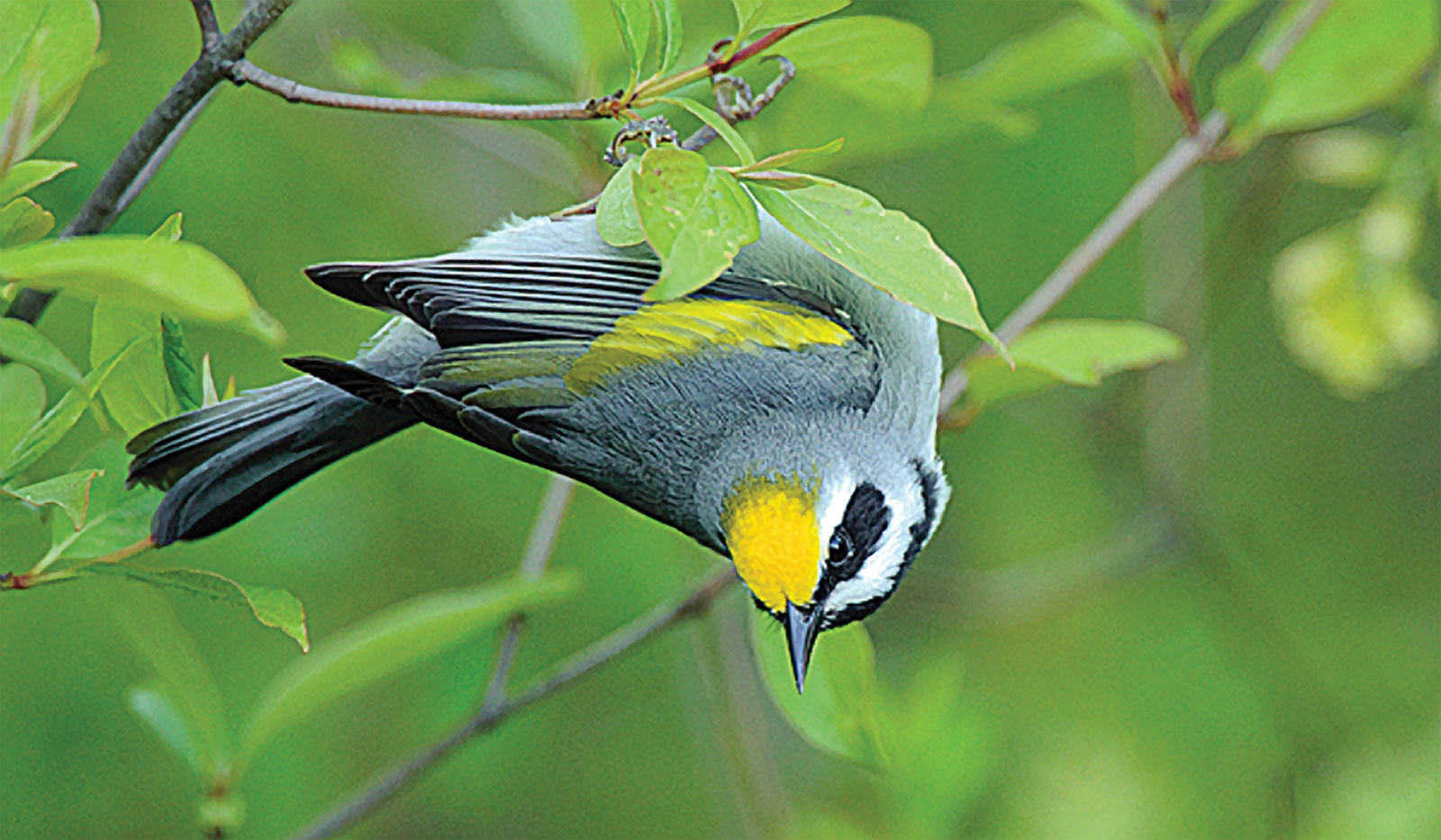 Early spring in Appalachia brings the return of some of our most beautiful and precious songbirds, the warblers.

Soon our trees and bushes will be decorated with members of this large avian family sporting such descriptive and geographic names as Yellow-throated, Hooded, Tennessee, Orange-crowned, Kentucky, Chestnut-sided, Canada, Black-throated Blue, Black-and-white and Black-throated Green. The rarest of these small, colorful birds is the Golden-winged Warbler (Vermivora chrysoptera).

This gaily colored bird sports a slate gray cape with a black bib and mask, white belly, black bill and bright yellow brush strokes on his crest and wings. Only slightly less spectacular, females lack only the black bib and mask. Its song is varied including a high first note and fine vocal buzz: zeee zaa-zaa-zaa.

Foraging for insects and spiders, the favorite food of Golden-winged Warblers is caterpillars. The male courts the female with “moth flight” featuring a slow flyby and fervent wing beating. “Goldens” are mostly monogamous and both parents feed demanding fledglings.

Ours might be the last generation to see this glorious bird in Appalachia as it goes the way of the Carolina Parakeet and Ivory-billed Woodpecker. Suffering severe population declines in the last 50 years, the Golden-winged Warbler is threatened with extinction. Expert birders now go entire seasons without spotting a single Golden in Appalachia. The chief problem is loss of habitat. This decline is occurring despite national, state and local efforts at conservation and preservation of both the Golden and its habitat. Want to get involved? Look for opportunities through your local Audubon organization. You have a golden opportunity.