Us and the Snow

It took a snowstorm to reveal what had been obvious from the start – Donna Woods and Marty Rosenfield were meant to find one another. 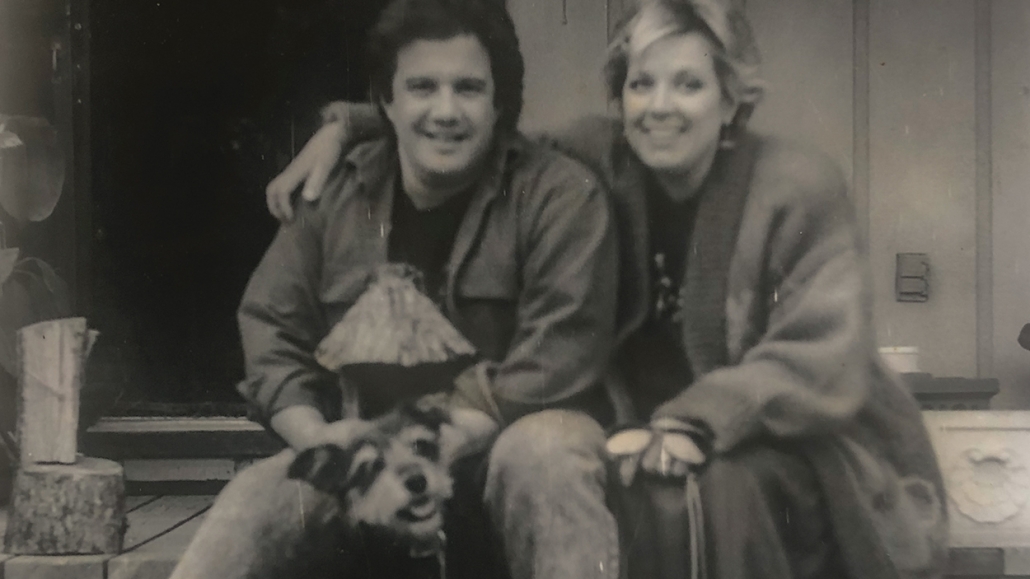 It didn’t begin as other love stories sometimes do, with an immediate or all-consuming infatuation.

The year is 1981 and Marty Rosenfield and Donna Woods are working a large business event at the Apparel Mart in Atlanta, where Marty is in charge of beverages and Donna sells special events.

If initially Marty appeared haughty and off-putting to Donna, perhaps it was due to the strains of reckoning with his new role in Corporate America after years spent working in the private sector.

In any case, the two rubbed each other the wrong way.

But as any student of foreshadowing will tell you, such early hesitancy could only end in bliss.

Ultimately, Donna moved past her initial impression, and it was not long before that opinion gave way to that of a man who was funny, generous, charming, hard working and worth getting to know.

As to Marty, he had already fallen for Donna’s smile, beauty, and brains.

They weren’t much more than friends when a blizzard whipped into Atlanta a few months later.  The outlook was dire, and stranded by the fast falling snow, Marty made the decision to stay at Donna’s apartment.

I know not why snowstorms seem to be recurring themes in love stories, but so it clearly was with Donna and Marty.

That evening, heading out to meet friends, walking miles down a deserted Courtland Avenue, with the snow crunching beneath their boots and snow grazing their faces, they realized that “this was it.”

Now, speaking years later, they recount the same sensation and repeat the same phrase, “It was a most magical evening!”

And so they became a couple.

The next year they bought their first house.  By then they were working at the much beloved Cloudt’s – a store and catering operation that, having seen better times, was now nearing bankruptcy.

Donna and Marty spent the next five years helping to resurrect the business, restoring it to its former status as the city’s premier caterer.

But when their bid to purchase the business did not prevail, they determined to buy their own restaurant.  After seeking operations from the West coast of Florida, to Social Circle, Georgia, a friend suggested they investigate Highlands.  And so they did, purchasing Lakeside Restaurant in 1990.

They echo that this decision gave them some of the best years of their lives.  The seasonal operation allowed them to travel five months a year while the restaurant was cyclically shuttered.

Since selling Lakeside in 2014 to their then-manager, Laura Huerta, the shared commitment to community service that began upon their arrival in Highlands has only grown stronger.

Until recently, Marty spent five years directing the Highlands Foods Pantry, fearlessly working through the first year of the Pandemic despite being diabetic, and for more than 20 years he and Donna have spent Christmas working at the annual Highlands Christmas Day Dinner.

The love affair that began 40 years ago remains strong. Perhaps it is, as Donna observes, “Because we are so different in so many ways, we’re more open to discussion, able to really talk things out, to look at the other person’s point of view.  And, Marty is very giving and loving.”

Or maybe it’s as Marty says, “Donna sits to the left hand of God, never speaking a harsh word of anyone.”  To this day he still regularly sends her roses.