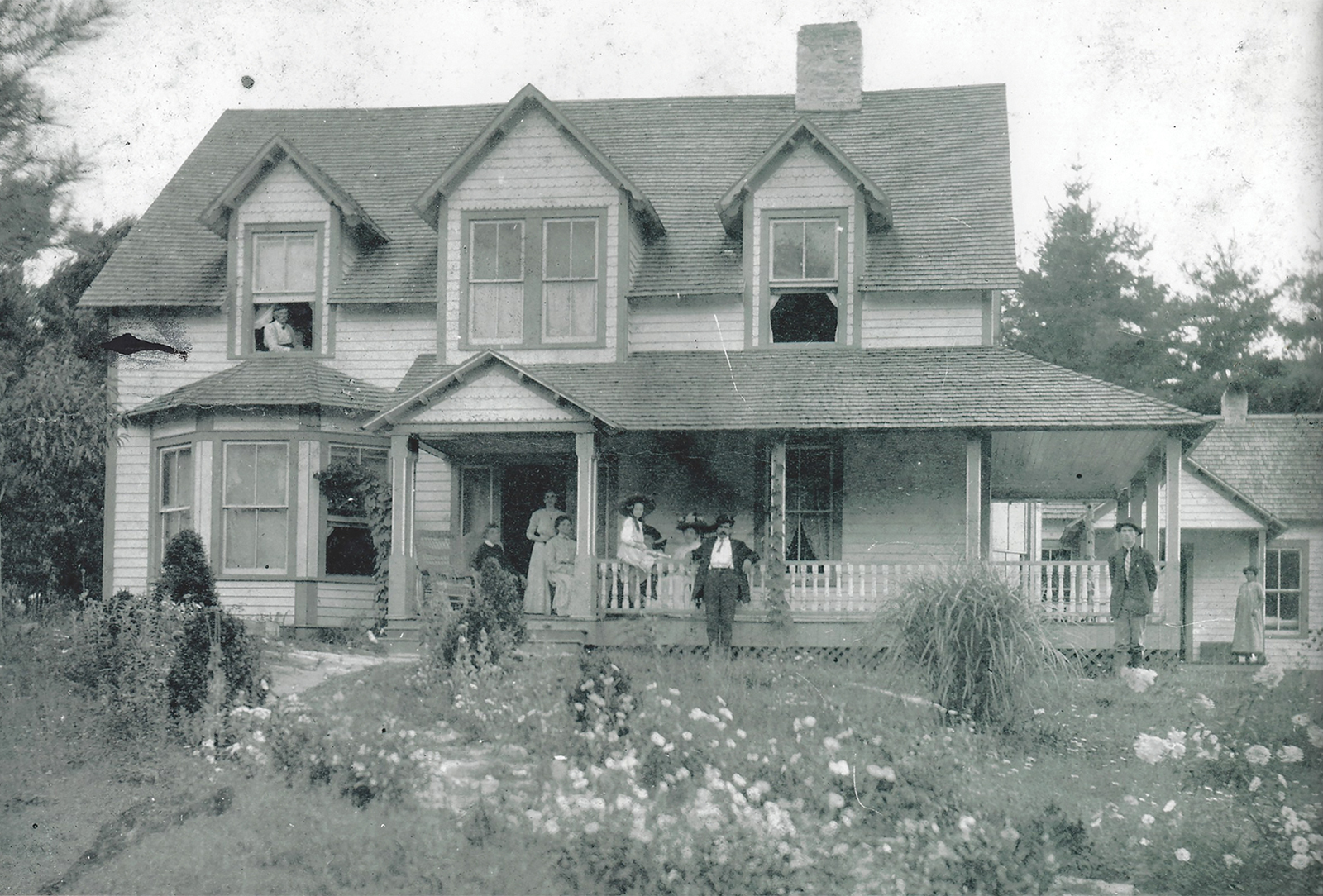 The history of the Cole-Tate House in Cashiers can be traced back to the November 25, 1877 marriage of George Monroe Cole to Sarah Amanda “Mandy” Zachary.

The nuptials took place at the Cashiers Valley home of Mandy’s father, Alexander Zachary who eight months later deeded 40 acres to his son-in-law, George M. Cole.  The exact date Cole built his home is unknown, but the carpenters had started working on it in the late summer of 1878.  In the 1880 U. S. Population Census of Jackson County, North Carolina, we find George M. Cole, occupation “merchant,” and his wife Mandy Cole living in Cashiers Valley with their first two children, Frank W. and Olive Kidder.

Later, two other daughters, Rosie and Gracie, were added to the family. Besides running a small farm, boarding travelers and owning a general store which had one of the earliest telephones in the area, Cole was also the sheriff of Jackson County for a few years.

Those who remembered visiting in the Cole home describe the large kitchen located at the back of the house, with a wood-burning cook stove in one corner, a fireplace at the other end of the room, and an oilcloth covered, extra-long table situated in the middle of the room.  Travelers who often stayed at the Cole home were fed at the long kitchen table.  Water for household use had to be carried daily, pail by pail, from a spring located at the bottom of the hill, behind the house.  Nearby families were allowed to use the sweet-tasting water from the Cole spring.  The yard had apple trees, a kitchen garden, shrubbery, and seen in the picture that accompanies this article, lovely flowers scattered all around.

Moving forward in time to 1946, after the deaths of George M. Cole and Mandy Zachary Cole, deeds show that their grown children sold the Cole home to Robert H. Tate and his wife, Blanche Coffee Tate, a Zachary descendant.  The Tates from the 1940s through the 1970s ran an inn in the old Cole house called the Tate Inn.

This summer on June 21, the Cashiers Historical Society will host a symposium titled “Mountain Grown Music: Celebrating the Music of Appalachia.”  Part of the symposium will center on “The Ballad of Kidder Cole.”  The pretty teenager, Kidder Cole, about whom the ballad was written, was born and grew up in the still standing Cole-Tate House!