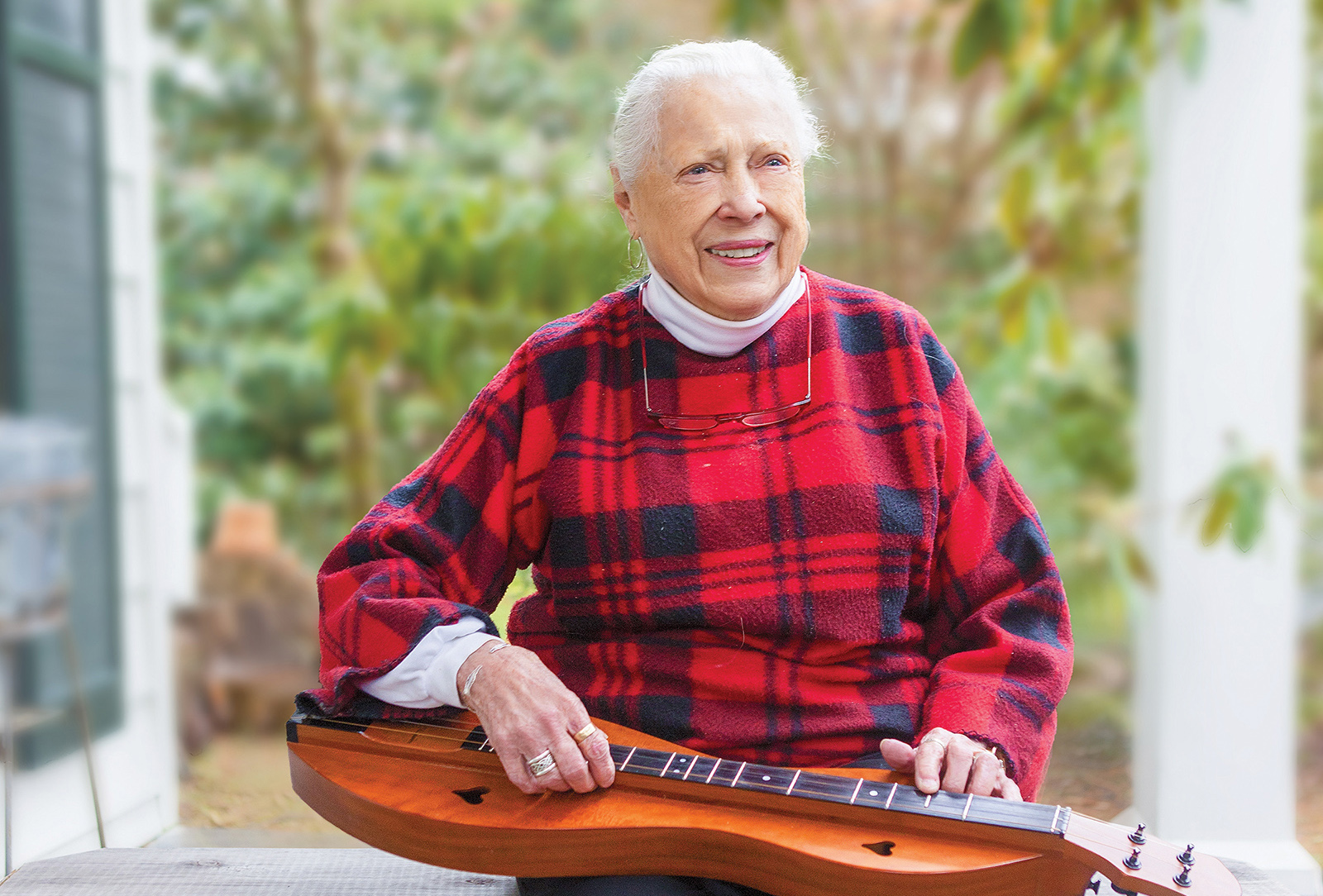 If you’ve been to the Cashiers Farmers Market at the Village Green during the summer, chances are you’ve seen a band of good ol’ country folk filling the air with harmonious bluegrass melodies.

Everyone is familiar with the stereotypical bluegrass instruments: fiddles, banjos, the occasional cello.

The most beautiful of them is the mountain dulcimer.

There is no instrument that is more distinctively Appalachian than the dulcimer. It first appeared in the Scotch-Irish immigrant communities of the Appalachian mountains around the beginning of the 19th century. It is related to several European instruments, such as the Swedish hummel and the German scheitholt, but the dulcimer itself is a uniquely Appalachian instrument.

Early settlers did not have the materials or the expertise to make more complex instruments like the violin, but their love of music didn’t stop them. They did the best they could with what they had and created an instrument that would come to serve as the centerpiece for traditional folk music.

Those first dulcimers were made from a single hardwood, such as walnut, oak, cherry or apple; whatever was most abundant around where the instrument maker lived. The dulcimer has less dramatic curves than a violin and comes in many different shapes and sizes. Instead of the neck and fretboard being attached to the top of the sound box like violins and guitars, it is laid across the top of the sound box.

Rather than being held against the chest or shoulder like most stringed instruments, the dulcimer is designed to lay flat across the players lap or on a table. It can have as few as two strings or as many as a dozen, but a typical dulcimer has three to six.

The player plucks and strums the strings with the right hand, while ‘fretting’ with the left hand. With fewer strings and a simple fret pattern, the dulcimer is relatively easy to learn.

The dulcimer’s popularity isn’t limited to the Appalachian folk music tradition. Contemporary artists such as Brian Jones of The Rolling Stones, Joni Mitchell, and Cyndi Lauper are all talented dulcimer players. Dulcimer festivals are held in Canada, the United Kingdom and Ireland.