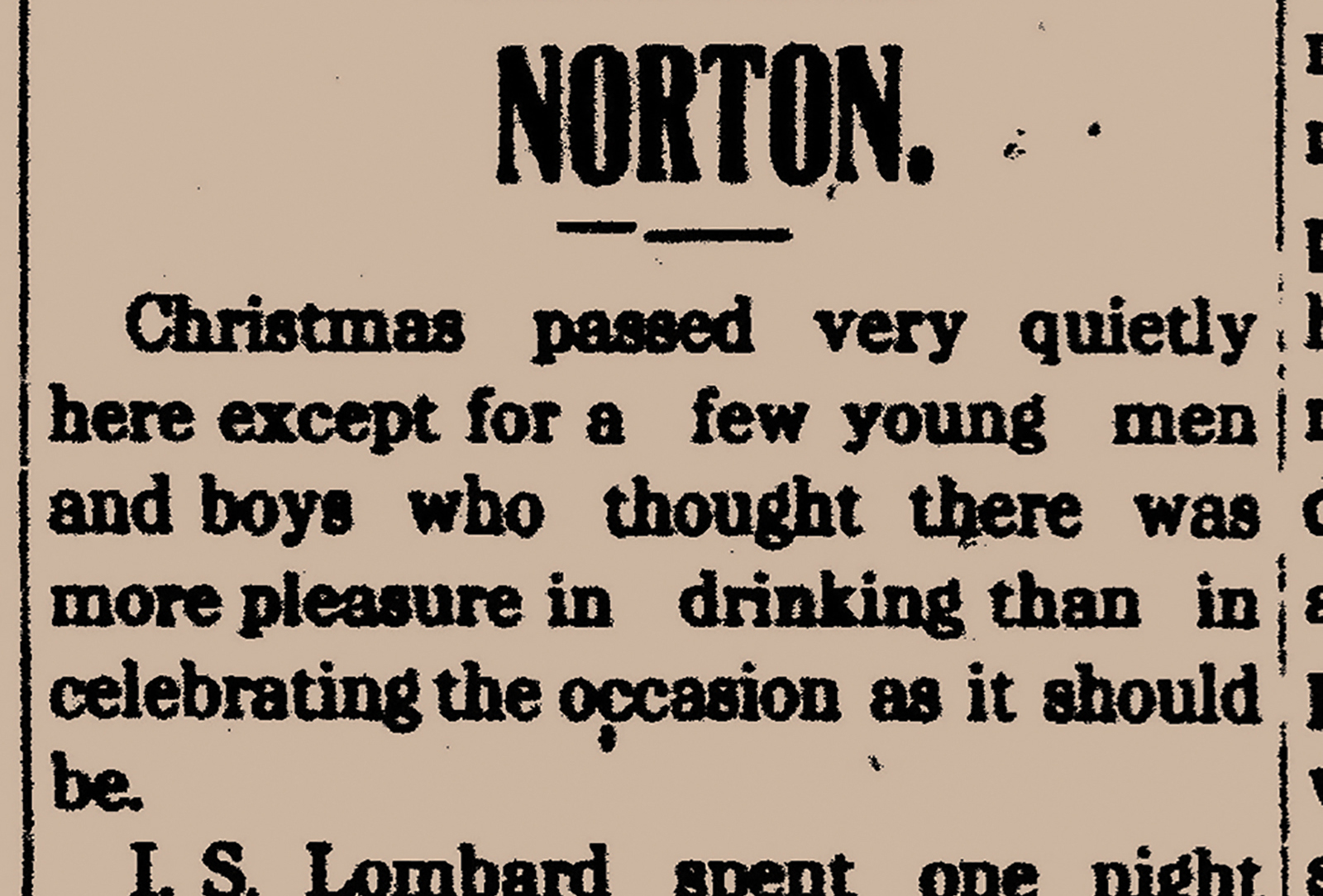 The people of the Norton Community of Hamburg were busy having festive dinner parties to celebrate Christmas in 1912 according to the news posted in the social gossip column ran in the January 3, 1913, issue of the Jackson County Journal. Norton had about 220 people living on the western higher mountains above the village of Glenville when the village was under today’s Lake Glenville.

In 1878, the Norton Post Office was started by David Norton, a grandson of Barak Norton, earlier settler of Whiteside Cove. In 1912, the Norton post master’s duties were handled by Marcella Norton McGuire, David’s sister, in the same original Rodrick Norton house still standing at the intersection of Norton Road, Laurel Knob Road and Yellow Mountain Road.

Just up Laurel Knob Road, Dialpha Jamison Stewart was having, not the traditional Christmas dinner we might have today, but a true Appalachian Christmas dinner. Dialpha, the widow of Jahue Stewart, was having guests who were all young people, friends and neighbors of hers, and her 17-year-old son, J. Lyman Stewart.

Others enjoying the Stewart holiday dinner from south Norton were Miss Faye Zachary, 19, and her mother, Mrs. Alice Josephine Zachary Norton. Faye’s mother had recently married Burrus Norton after the death of Faye’s father, the dentist, Dr. James Madison Zachary. Faye and her sisters then lived with their mother in Burrus Norton’s house, next door to Marcella Norton McGuire. Burrus was Marcella’s, or “Cella’s” brother.

A merry good time was had by all at the table enjoying the special fixings of a raccoon dinner savored with spices, making for a Norton-style traditional holiday dinner by serving wild game.