Team Swish carries the prospect of basketball glory far beyond the Highlands-Cashiers Plateau. 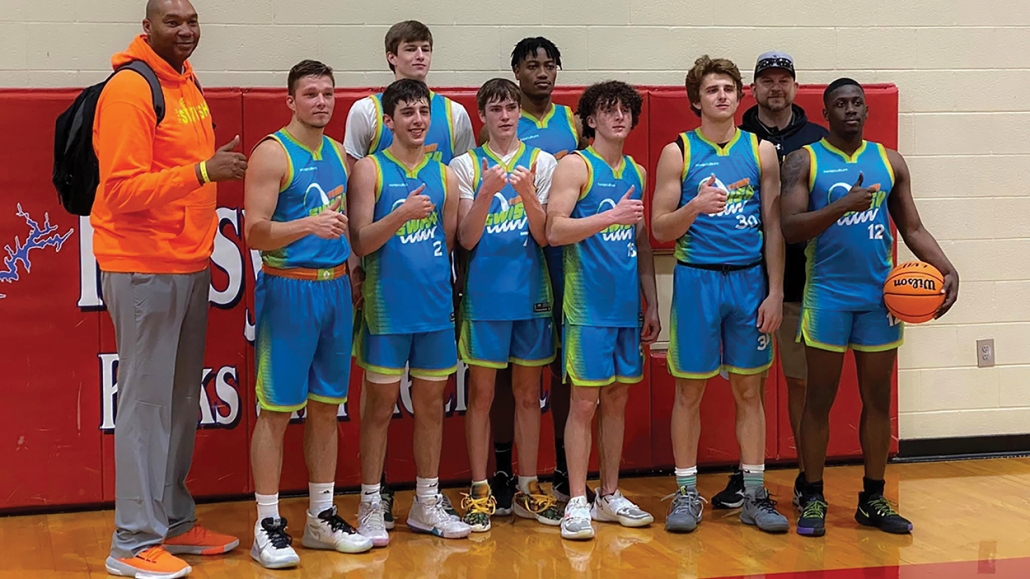 High school sports have always played an important role in our community, none more so than basketball because, as we all know, much of our blood has a tinge of Carolina or Duke Blue running alongside the NC State Red.

Many of our players have the skills to continue to higher levels of the sport but not often the chance, since our conference is small and opportunities limited.

That’s all changing with a travel basketball team, Team Swish,  which gives players in Western North Carolina a chance to compete at the highest level of travel basketball, playing with the best of the best, all while focusing on community service and giving back.  Team members sharpen their skills and grow as citizens.

Local resident Mike Carrier, whose son Reid plays on the team, says the mentoring aspect of the program is as important as the athletic coaching.

Team Swish was started three years ago by Coach Lee Scruggs, a Franklin native, who played for Georgetown University and professionally overseas.

Coach Scruggs started the team to give players in WNC the ability to compete at the highest level of travel basketball in a way that mentors them about athletics, school and life.  Good players need to be good citizens. It’s all about giving back and Coach Scruggs and Chief Gearhart embody that and encourage the same of their players.

Team Swish has been featured on various social media platforms as well as on ABC-WLOS  and were applauded not only for the quality players they are developing, but also for the way they  mentor the players. Last season they played in some of the top tournaments in the Southeast and against some of the top competition. They are looking forward to building on their success this year.

Team Swish is a 501(c)(3) organization, so donations are tax deductible and very much appreciated to help fund expenses, including tournaments, uniforms, hotels, etc., which come to approximately $20,000 for the season, all while charging no team fees for players. Shortfalls are often partially covered out of pocket by Coach Scruggs.