The loss of our beloved Wiley Sloan leaves a vast, painful hole in our magazine, our hearts, and the lives of people he touched all over the Plateau. 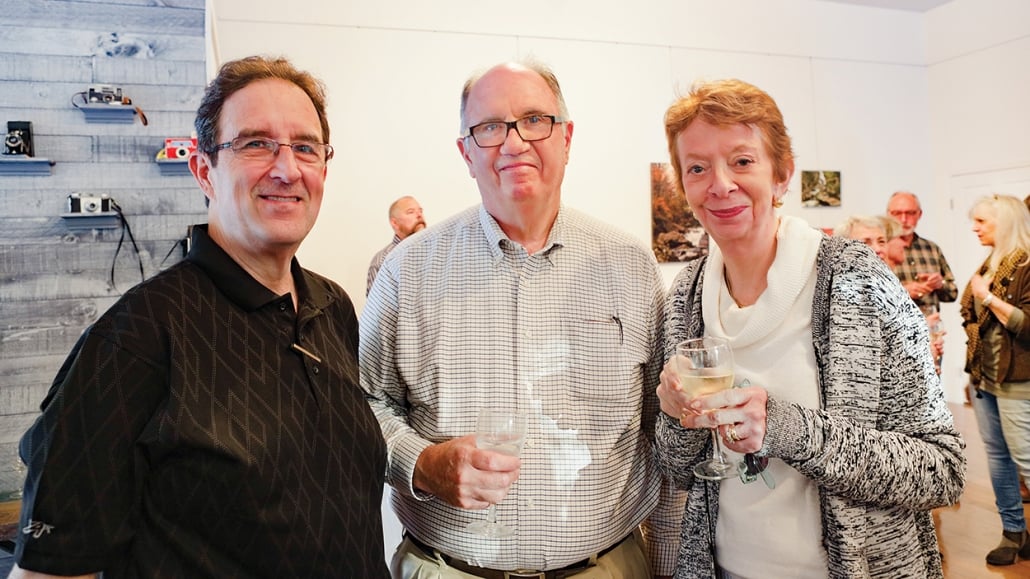 Of all the memorable things about Wiley Sloan, who died in March, perhaps the most memorable was how many roles he played in Highlands and how many lives he touched.

Wiley did a lot of things in Highlands.

For our little magazine, he was the perfect writer.

“For us, he was a trusted advisor and wise counsel who always looked on the bright side, and he’d brighten any moment with his smile and kind demeanor,” says Laurel co-publisher Marjorie Christensen.

“And he carried that brightness out into the community,” adds Laurel co-publisher Janet Cummings. “That’s invaluable when you’re covering these little communities and he was a wonderful representative of our magazine.”

When he wasn’t filling out our pages with his stories (always written with an undeniable playfulness), Wiley was a volunteer at Mountain Findings, a member and choir participant of the United Methodist Church and bookkeeper at Vivace.

And he was lovable in these roles, too. Few can have earned that word more readily or deserved it more.  He was one of those rare people who if you knew him at all, you were always glad to see – knowing that  he was about to make your day brighter.   Just about every remembrance of Wiley tells the story of a man wholly engaged with his community and beloved by his associates.

Wiley  was a matchless cheerleader and  fundraiser for Highlands United Methodist Church, their music program and mission efforts.

Les Scott, the church’s Minister of Music, recalls that,  “Wiley had a lovely tenor  voice. He was a wonderful, kind, and generous man. I loved Wiley dearly.  He died too young, and I’ll miss him a lot.”

At Mountain Findings, Wiley worked as an arranger, where he was known for his adeptness at pricing merchandise and creating attractive displays.

As told by co-volunteer Glenda Bell, Wiley was so beloved at the store that associates vied for the chance to work on Tuesdays when Wiley was there.

She recalled that, “He was always upbeat, kind to everyone – shoppers and donors alike – which was a rare thing.  He is irreplaceable.”

Vivace owner Linda Hall spoke of a joyful, selfless man who worked there as a bookkeeper, but in fact was far more –  “He was everything to us;  we cleared everything through him. Wiley was so much fun, you knew when he walked in that everything would be OK. He was simply surrounded by happiness.

“If Wiley Sloan is not in heaven, there is no heaven.”