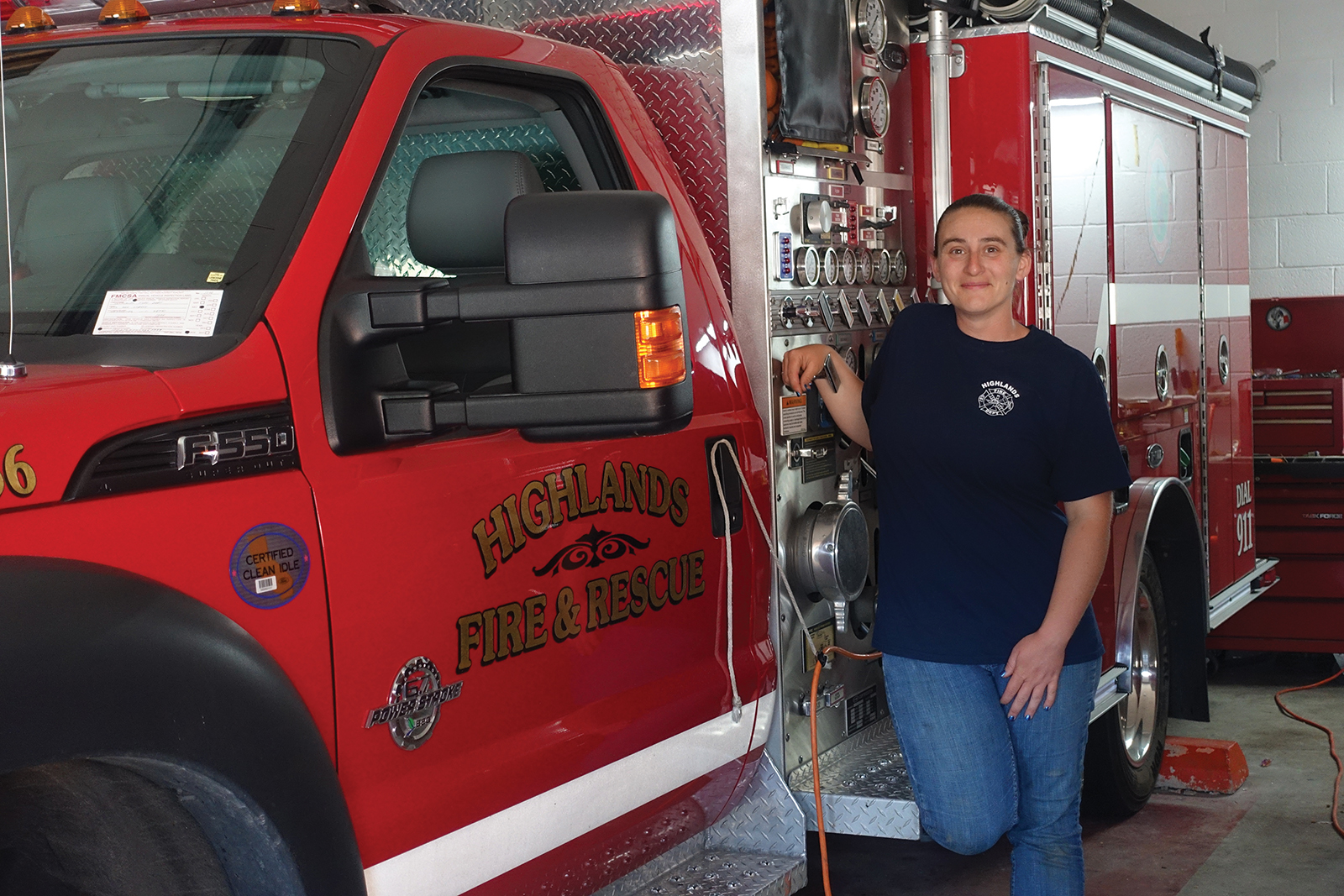 Lea Dallmann seems to have compassion and adventure in her soul.  She’s always worked within the health care industry and now has taken her knowledge and passion to new levels.  Lea was recently named the 2015 Firefighter of the Year by her peers at the Highlands Fire & Rescue Department.  She is the very first female firefighter in Highlands and according to Chief Ryan Gearhart, her hard work and dedication included (at the time) 167 training hours.

Dallman, a mother of two says she’s always trying to improve.  Not only is she a firefighter but a first responder, too.  First responders are likely to be among the first people to arrive and assist at the scene of an emergency like an accident or natural disaster.  Dallmann, as a first responder, is the person who is dispatched to attend the scene and wait until an ambulance arrives.

But she is not ready to stop there.  Her next goal is to complete her current studies to become an Emergency Medical Technician.  In her role as an EMT, Lea will have much more contact with the patients.  This is something she is looking forward to as her previous job was as a Certified Nursing Assistant at the Highlands Cashiers Hospital.  It takes an awful lot of dedication to continue her studies while being a single parent, but her oldest daughter Diane, says she loves what her mom does and is really proud of her.

Dedication is not the only thing required to be a firefighter, it takes an incredible amount of strength to not only hold a fire hose, but simply to wear the required gear.  A typical firefighter’s gear can weigh as much as 26 pounds.  That’s a lot to carry on a small frame like Dallmann’s, but she says she’s finally getting used to it.  “I used to feel like a bobblehead with the helmet on, but I’m learning how to stabilize it now.”

Obviously Lea Dallmann is a great role model for her children, but also for anyone else just starting off as a volunteer with the department.  For more information on what it takes to be a firefighter contact them at (828) 526-3645.