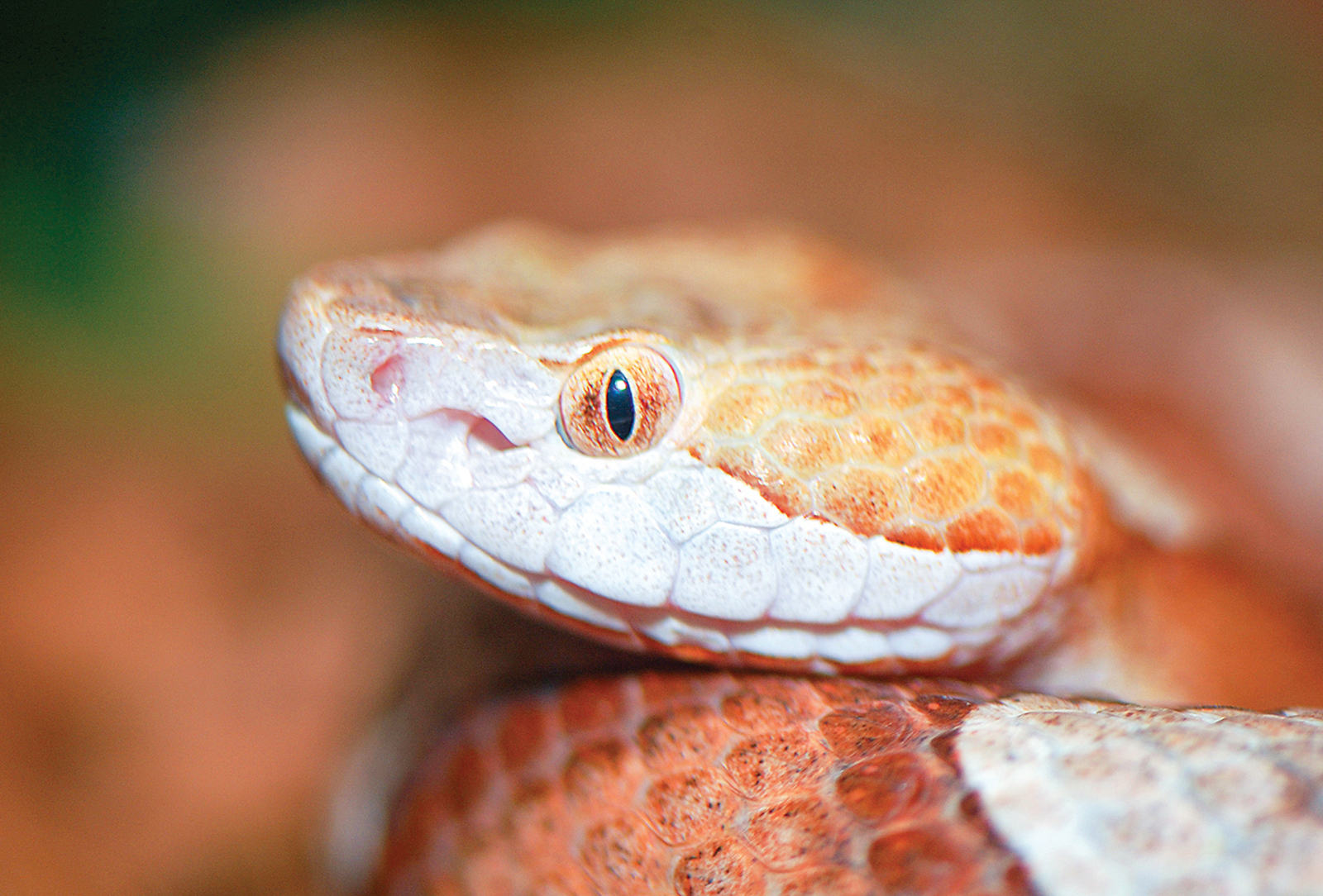 Summer brings out the leaves, flowers and the snakes. Many people are afraid of these scaled, legless creatures. However, most snakes found in Western North Carolina are harmless to people, and can even be helpful to have around as they help with pest control.

Red Belly Snakes and Brown Snakes are good against slugs and snails and rat snakes help keep down rodents.

Ring-Neck Snakes are possibly our most common snake around the Plateau. These small snakes get no more than one foot long, have a bright orange belly and are extremely docile.

If you are near open water, you have a high chance of spotting a Northern Water Snake. These snakes have a banded pattern of thick dark bands on the top that narrow down the sides, though some individuals can be solidly brown. These snakes are non-venomous and harmless to humans but because they resemble the venomous Cottonmouth, they are often mistaken for them and killed unnecessarily.There are only two types of venomous snakes found around the Plateau: the Northern Copperhead and the Timber Rattlesnake. The Northern Copperhead has hourglass-shaped bands thick on the sides and narrow on the top. The Timber Rattler can be yellow, grey or black, with black blotches and typically have black near their tail rattle. Rattlesnakes and copperheads both have a velvety look and are often found on rock outcrops. Copperheads are also sometimes found in wood or leaf piles.Timber rattlesnakes get a bad reputation due to their potential threat to people, but are actually one of the most docile snakes that typically require a fair amount of disturbance to cause them to want to strike.While copperheads have a reputation for being aggressive, their bite is usually not fatal and can usually be avoided by being aware of your surroundings. In fact, most snake bites are to people who are purposely trying to mess with or kill the snake.

The best thing you can do is to simply be aware and watch where you are stepping or reaching. If you encounter a snake just keep clear and walk away.