Careful stewardship of the land ensures the survival of what’s most precious about life here on the Plateau. 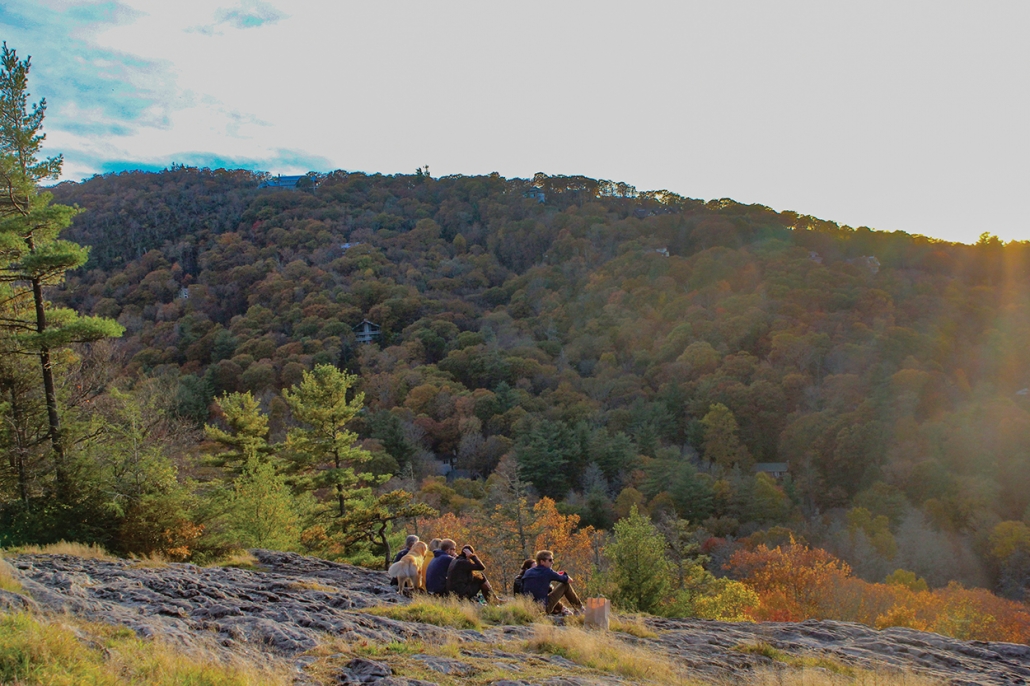 If the past year and a half has taught us anything, it’s to take nothing for granted.

The Plateau’s natural bounty is no exception. For decades, we have enjoyed a relatively unspoiled landscape but as our small community grows, it’s imperative that we remain mindful of the capacity of our natural resources.

While we have lots of conserved land in the area with Nantahala National Forest, Highlands-Cashiers Land Trust, and other land trusts, imagine what would happen if the private, un-conserved lands were to be developed – everything that makes this place special could unravel and fall apart.

The soils on the Plateau tend to be sandier than is typical in the area, making them more susceptible to erosion. This means that increased development would lead to increased erosion and landslides as forests would become houses, roads, and lawns. Streams and rivers would become muddied by this erosion and warmer as the shade trees are removed, killing off trout and many of the rare species like the hellbender and many fish, mussels, and aquatic insects.

As the forest disappears, more “edge” habitat (the interface between forest and open space) would arise, allowing populations of deer and mice to explode, which in turn would cause tick populations (and the diseases associated with them) to also increase dramatically.

If enough forest was destroyed, you would also witness the landscape itself start to unravel. The resiliency of everything would be decreased and invasive plants would likely come to dominate as you see in many areas in the Piedmont and Northeast. This would also fragment the landscape, meaning that species that rely on interconnectedness would decline or even disappear from our landscape.

Thankfully, this dire prediction does not need to become a reality. By joining forces now and conserving our mountains, rivers, and ecological corridors we can keep what makes The Plateau so special.

Private landowners can work with conservation groups like Highlands-Cashiers Land Trust to take matters into their own hands and conserve the vital lands we all need for a healthier tomorrow.

To learn how you can conserve your own land or support your land trust’s mission to protect valuable natural resources for all generations, email [email protected] or visit hicashlt.org.