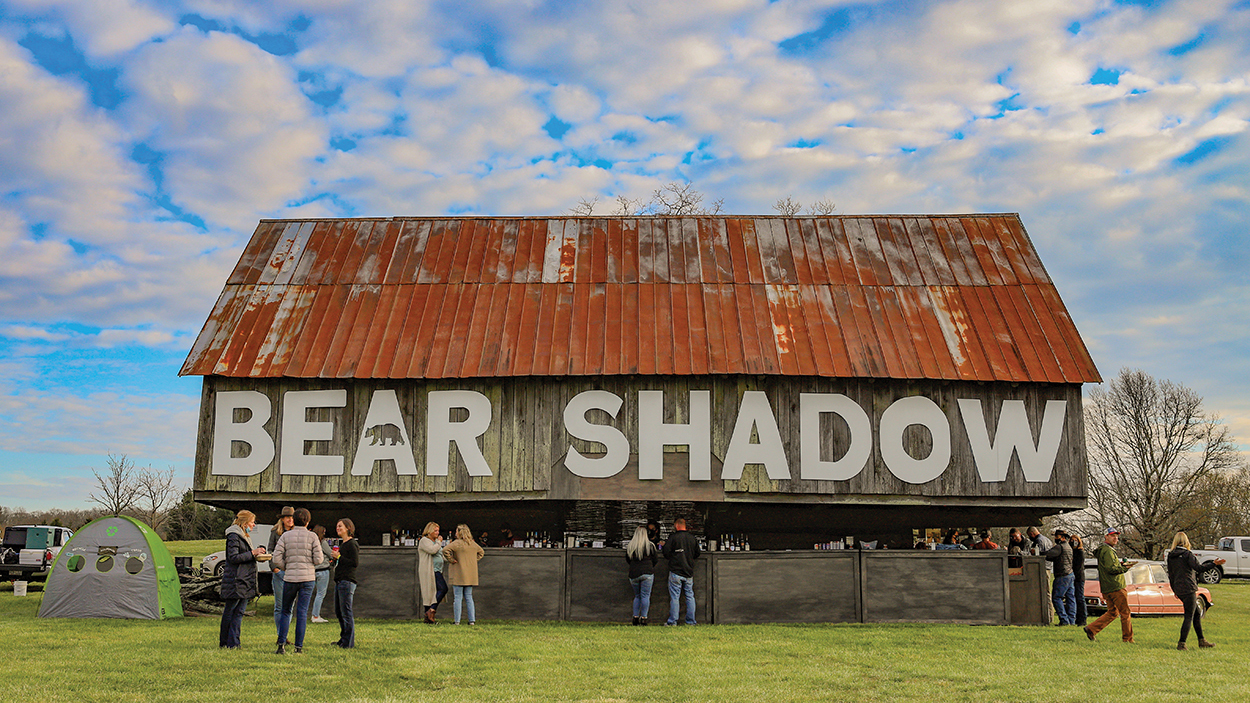 Bear Shadow brings its wide-open sounds and euphoric spirit to the Plateau at the end of the month. For more information and tickets, visit bearshadownc.com.

The Bear Shadow Music Festival, that is – a weekend that knits together a wealth of musical talent into a joyous whole.

The festival takes place outdoors beginning on Friday, April 29, and concluding on Sunday, May 1.

Now in its second year, the festival returns with a celebration of events that provide a big rolling jubilee of sweet sounds.

Band of Horses – known for a signature sound that combines atmospheric guitars with lived-in Southern storytelling;

Curtis Harding – though primarily a soul artist, his “slop ‘n’ soul” style is influenced by blues, gospel, R&B and rock;

Lukas Nelson & The Promise of the Real – the son of country music star Willie Nelson, known for alternating between “rowdy rock and roller” and “sensitive troubadour;”

Trampled by Turtles – a Progressive Bluegrass band famous for its fast-paced songs and plaintive ballads;

Jamestown  Revival – Western-accented folk songs from a Texas based duo;

Also on the agenda, a feast of events with some particular delights, including daily in-town programming that focuses both on live music and enjoying the great outdoors:

Bearfoot in the Park – a chance for yoga fans to indulge in one-hour flow in downtown Highlands;

Hike & Mic – guided tours that begin with hikes through Highlands forests and trails led by experts from Highlands-Cashiers Land Trust and Highlands Biological Station, and end with musical performance by Wild Rivers on Friday and Jamestown Revival on Saturday;

Wine, Women and Song – three female music virtuosi on stage at the Skyline Lodge will raise a glass of wine and their voices in song and conversation.