Don’t let the weather’s unpredictability make you rush your visit to Whiteside Mountain. There’s majesty and mystery in equal measure all along the way. 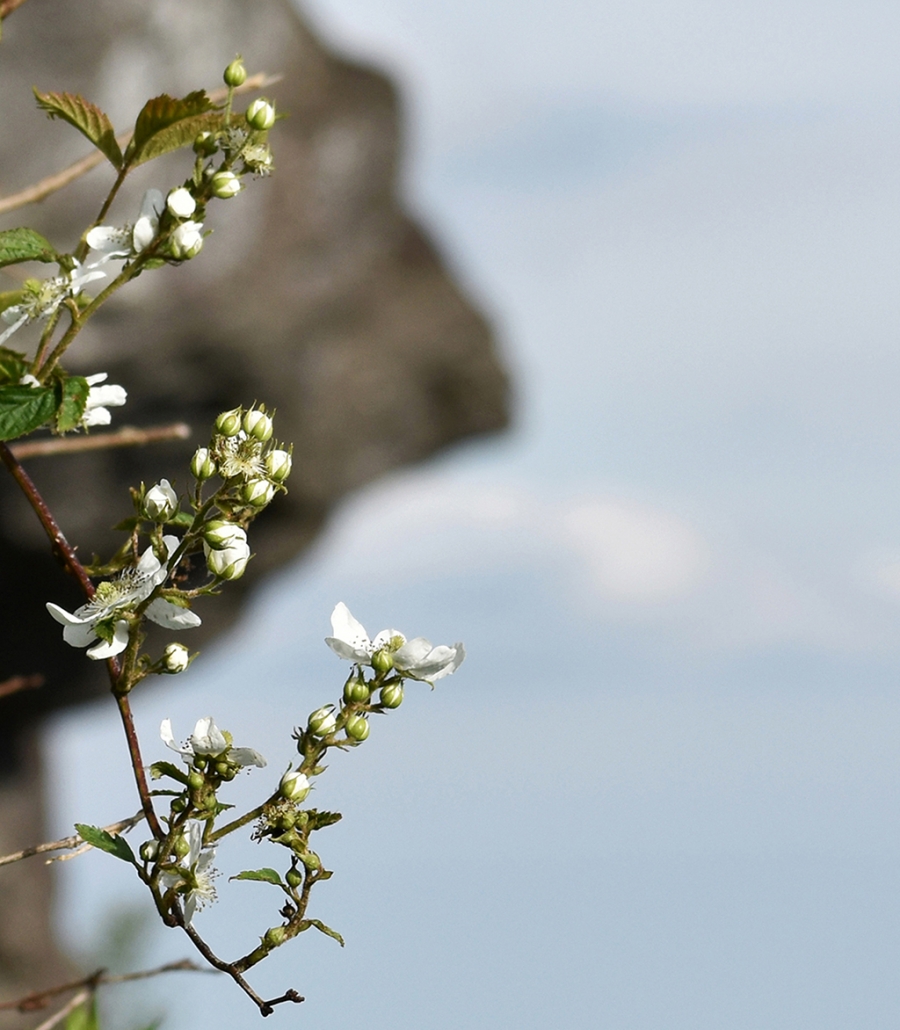 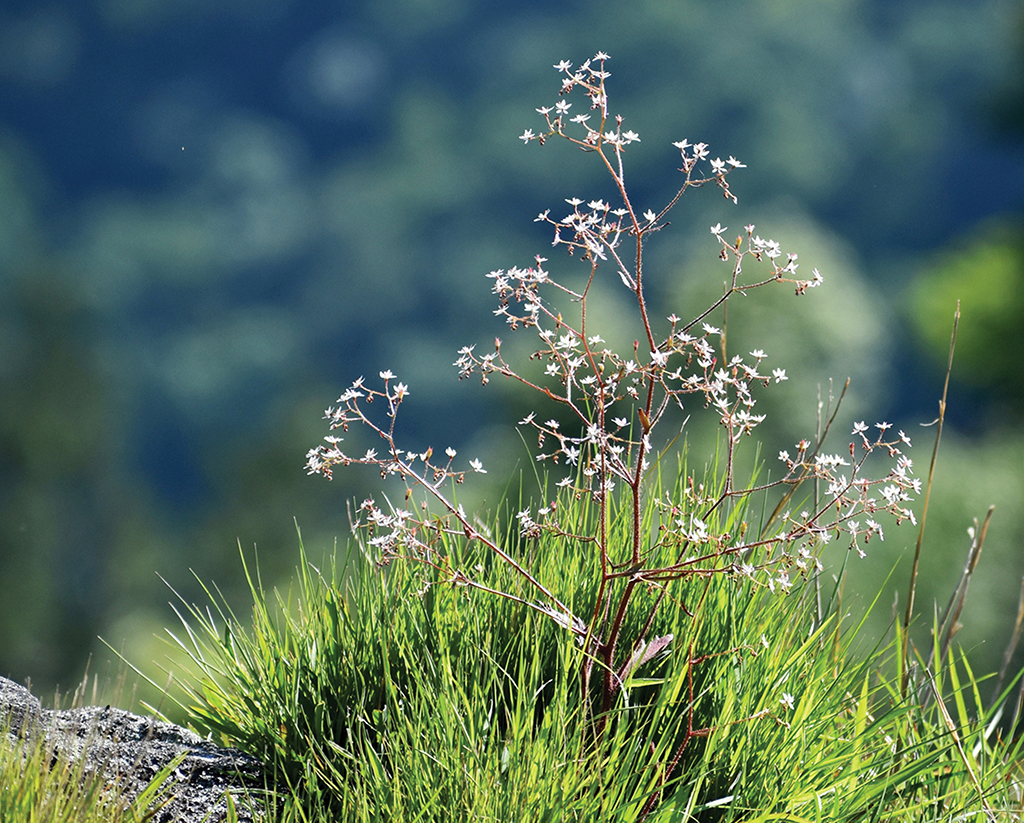 Hiking the trail along the top of Whiteside Mountain gives visitors a sense of standing on the top of the world. Located in Jackson County between Cashiers and Highlands, Whiteside reaches 4,930 feet at its highest point and affords those who make the journey a view for miles.

However, the weather in the mountains can quickly change. Hikers can leave their car with the sun on their backs and by the time they reach the summit, all they can see is the gray mist of the cloud surrounding them from all sides.

When that situation arises, people tend to make their way down the mountain as quickly as possible, but those who bolt straight for the parking lot are missing out. There is plenty to see on the two-mile loop trail that runs along the east face of Whiteside.

The trail to the summit is lined with wildflowers throughout springtime; including Trillium, Rhododendron, Mountain Laurel, Appalachian Bluet, Eastern Solomon’s-Plume, and Buckberry.

A visitor favorite, Trillium grows in a variety of colors ranging from deep purple to pure white.

Buckberry is not only beautiful, but it’s also edible.

“Buckberry, one of my favorite little shrubs,” said Engelbrektsson. “It’s everywhere. When ripe the berries are a dark purple-black and tart. It makes the perfect trail-side snack for many hikes around Highlands.”

Birdwatchers have plenty to see from falcons and vultures flying overhead, or they can turn their binoculars towards the trees and catch a glimpse of Goldfinches, Carolina Chickadees, Dark-eyed Juncos, and several types of warblers.

Falcon nesting season is between January and August, and they can often be seen chasing away nosy vultures who fly too close to their nest.

Bears are known to make appearances, but they tend to stay away from hikers.

A moss-covered granite wall runs parallel to the trail on the way to the summit and makes a great playground for a variety of salamanders, snakes, and snails.

The moss has a deep green color and grows directly on the granite enjoying a steady trickle of water coming down from the mountain top.

“Moss has extremely shallow roots and does best when there’s a constant moist environment,” said HBS Horticulturalist Rachel Martin. “A granite rock with water seeping over is just as good of a habitat as under some shady trees as moss is very opportunistic.”

The views from Whiteside Mountain are nothing short of spectacular and worth making the trip to see, but there is so much more for those curious enough to take a closer look.