Songs That Create Sparks | Orchard Sessions at The Farm

Mike Kinnebrew brings his tales of Love and Life to the Orchard Sessions at The Farm at Old Edwards, Thursday, May 19. For updates and to book online, visit OldEdwardsHospitality.com/OrchardSessions. 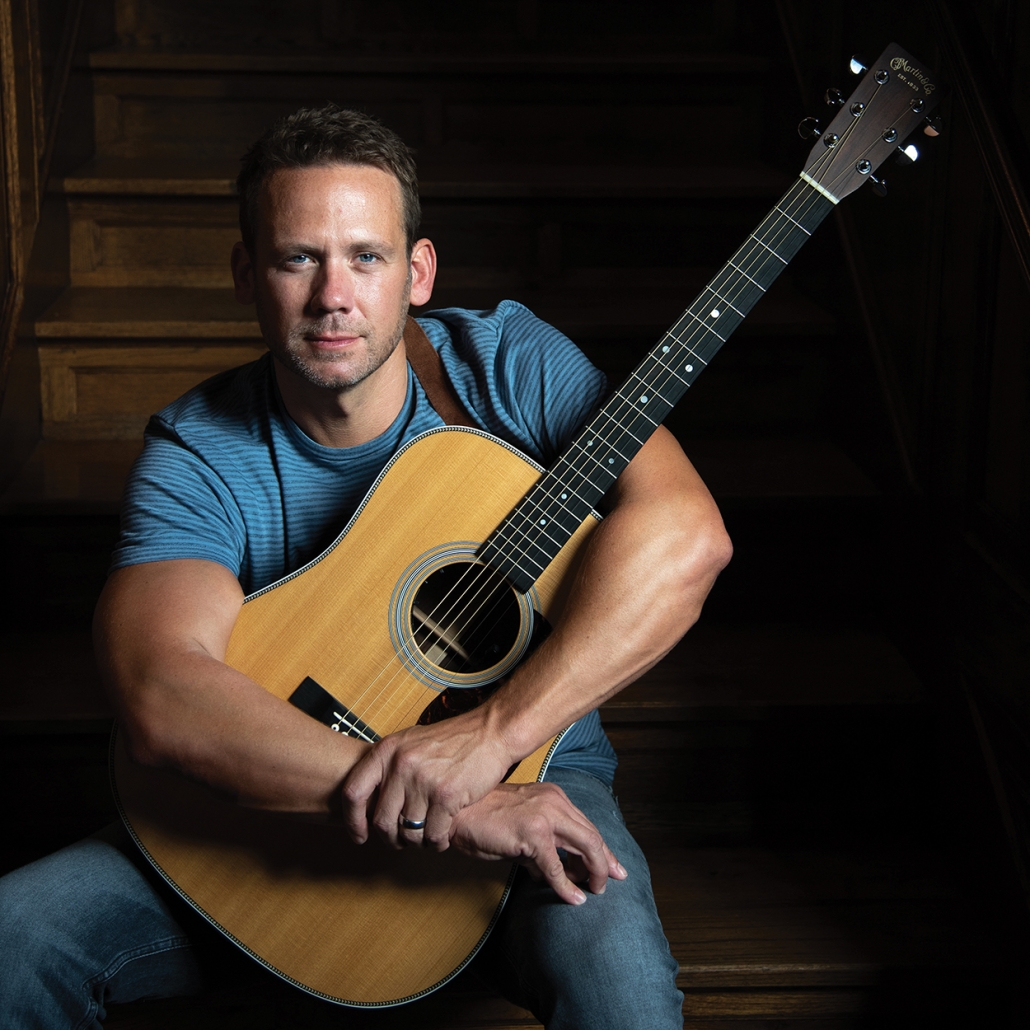 On Thursday, May 19, at The Farm at Old Edwards one can hear the music of Mike Kinnebrew who shares tales told from the heart.

Orchard Sessions, so named for its locale at The Farm is an artful interplay between its blissful milieu and the soulful music of the performer. From 6:00 to 8:00 P.M., as sunlight falls and dusk and then dark ascend, amidst the light and shadows cast by a canopy of trees, it’s easy to fall under the spell of Kinnebrew’s achingly intense songs.

He says that, “Hopefully, it all makes us feel less alone.”

Often Kinnebrew’s music discloses a relatable and familiar narrative – exploring memory and sentiment to create a song’s meaning and demonstrating how a piece of music can shape our lives.

As it happened in the title song from his latest album, One Way to Find Out, written for Old Edwards General Manager Jack Austin as a way to resolve a pivotal point in Austin’s life.

Or as written in the standout track from the same album, Daring You to Fall in Love with Me, when the artist tells the tale of a fellow musician’s quest to romance the woman who became his wife.

As Mathew Perryman Jones describes him, “Mike Kinnebrew has a unique way of pulling people into his songs, through his gently demanding voice and melodies to speak a little truth to you.”

Kinnebrew has performed since age 14 when his Dad taught him the guitar. He was influenced by the music played on the family station wagon – from Tom Petty to Jackson Browne and James Taylor.

In 2010, Kinnebrew traveled to Nashville to record his first CD, Between the Living and the Dying, produced by Andy Hunt (Drew Holcomb and the Neighbors) at the famed Smoakstack studio. His second and latest album, One Way to Find Out, was recorded live at Eddie’s Attic in Decatur, Georgia – it was as he said, “the best way to keep the creative spark alive.”

Shows begin at 6:00 P.M. and finish at 8:00 P.M. There is a $40 cover charge for the public, with online sales opening two weeks in advance. Every ticket includes light bites and a cash bar. The session will move indoors to the Orchard House in the event of rain. For updates and to book online, visit oldedwardshospitality.com/orchardsessions.