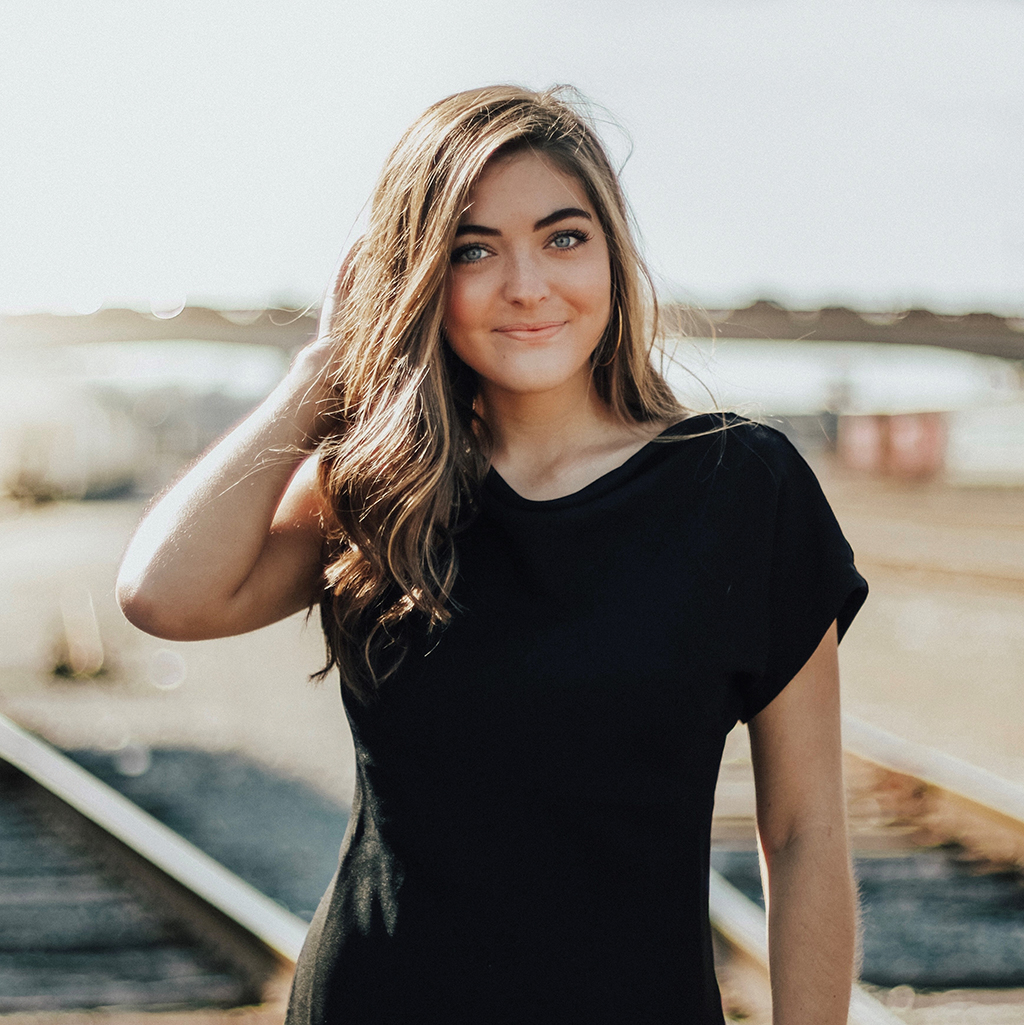 When The Farm at Old Edwards returns with their popular Orchard Sessions on Thursday, August 27, the Orchard will once again be transformed into a vibrating music hall without walls.

An idyllic place for a music gathering, the outdoor setting promises to provide an intimacy and exhilaration to a live performance by young artist Olivia Daponte that could not be captured on record or elsewhere.

Olivia Daponte was barely a teenager when she picked up her first guitar. When her guitar teacher insisted she sing, she began experimenting with genre and the songs of Bob Dylan, Carole King, Peter Paul & Mary, and James Taylor.   By the time she was 16 she was performing at local clubs and other venues around her hometown of Knoxville.

That history paved her route to becoming a singer songwriter and when Grammy-nominated music producer Travis Wyrick challenged her to write and perform her own song at an upcoming show, Olivia was prepared to respond by composing her first song – Timekeeper.  She realized that watching people react positively to her writing was transformative.

Her next break came once again from Wyrick who suggested she record an EP.   Gathering up some song scraps, she headed into a studio a week later.

She says that being in the studio really pushed her,  “To go for it.

“I had never heard my songs come to life before.  I usually just play with an acoustic guitar so to have drums, bass and keys behind my music was surreal.”

The work resulted in her first studio album,  named for her debut song, Timekeeper.  Available on iTunes and Spotify, the soulful music evokes some of the balladry of her early heroes and showcases the 20-year-old’s heartfelt emotions and gentle twang.

The show starts at 6:00 PM and will end in time to capture the light of the rising moon at 8:00.  The festivities, which also includes light bites and a cash bar is just $10 and always attracts a sold-out audience.

Sorry, no advance tickets.  Limited seating is available and taking a seat in the grass is certainly welcome.  The sessions will move indoors to the new Orchard House in the event of rain.

Check out oldedwardshospitality.com/orchardsessions for more updates and information.