Highlands Performing Arts Center marks the return of The National Theatre of London to local audiences with a pair of encore performances. Highlands PAC is located at 507 Chestnut Street. For more information, call (828) 526-9047. 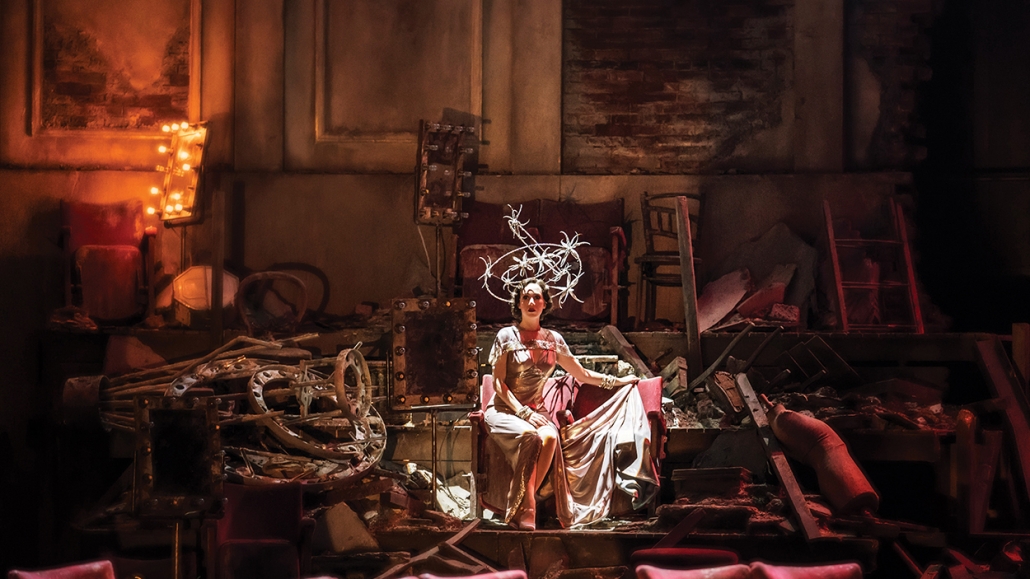 The National Theatre of London has cleared a few NT Live encore titles, while we await the return of live stage events.

At 1:00 P.M. Saturday, November 6, join us for Follies starring Tracie Bennett, Janie Dee and Imelda Staunton. This dazzling production which won two Olivier Awards for Best Musical Revival and Best Costume Design (by Vicki Mortimer). Featuring a cast of 37 and an orchestra of 21, Stephen Sondheim’s legendary musical was directed by Dominic Cooke and filmed live on stage at the National Theatre in 2017.

Audiences will be transported to New York City, circa 1971. There’s a party on the stage of the Weismann Theatre, and tomorrow the iconic building will be demolished. Thirty years after their final performance, the Follies Girls gather to have a few drinks, sing a few songs and lie about themselves. Beautifully staged, the show captures the glamour of the golden age of music halls and revues, with gorgeous showgirl costumes bedazzled with Swarovski crystals.

At 1:00 P.M. Saturday, November 20, it’s The Curious Incident of the Dog in the Night Time.  This critically-acclaimed production, based on the novel by Mark Haddon, has astonished audiences around the world, receiving seven Olivier and five Tony Awards, including Best Play.

Fifteen-year-old Christopher stands beside Mrs. Shears’ dead dog. It has been speared with a garden fork. It is seven minutes after midnight and Christopher is under suspicion. He records each fact in the book he is writing to solve the mystery of who murdered Wellington. He has an extraordinary brain, exceptional at math, while ill-equipped to interpret everyday life. He has never ventured alone beyond the end of his road, he detests being touched and he distrusts strangers. But his detective work, forbidden by his father, takes him on a frightening journey that upturns his world.

Tickets are available online at HighlandsPerformingArts.com.

At Highlands PAC: The Curious Incident of the Dog in the Night Time.

At 1:00 P.M. Saturday, November 20, it’s The Curious Incident of the Dog in the Night Time.
View Event Details

The National Theatre of London: Follies at Highlands PAC