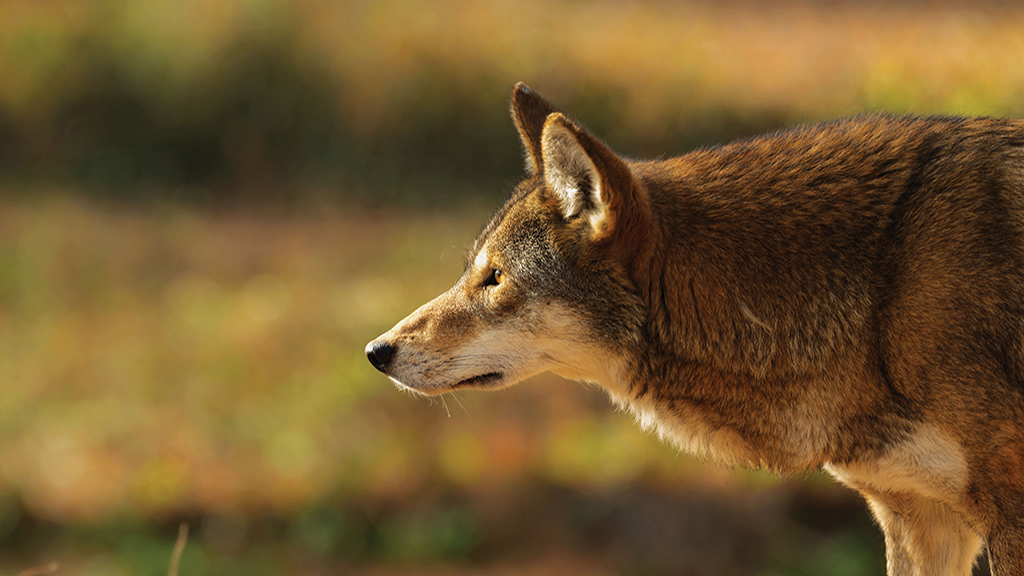 The myths and the mysteries of the Red Wolf are explored at Howling for the Red Wolf: Getting to Know the Maligned and Misunderstood with Tori Duval of the WNC Nature Center. This free program will be at 5:00 P.M. Tuesday, September 28, at The Village Green Commons in Cashiers.

The Red Wolf is the world’s most-endangered wolf. Once common throughout the Eastern and South-Central United States, Red Wolf populations were decimated by the early 20th century as a result of intensive predator control programs and the degradation and alteration of the species’ habitat. This is the topic of the September Village Nature Series, Howling for the Red Wolf: Getting to Know the Maligned and Misunderstood with Tori Duval of the WNC Nature Center.

The American Red Wolf has been on the endangered species list since 1973.  Until recently, the wild population on the North Carolina coast was successfully growing, but due to human intervention and coyote hybridization, the wild population now contains only about 20 individuals. The WNC Nature Center is part of a breeding and management program known as the Red Wolf Species Survival Plan. The WNC Nature Center has two Red Wolves at the center.  They will offer a special promotion to an event in October with the Red Wolves for those who participate in the Village Nature Series.

The Red Wolf (Canis rufus) is a native North American canid intermediate in size between the Coyote (Canis latrans) and Gray Wolf (Canis lupus). Red Wolves are mostly brown and buff colored with some black along their backs, often with a reddish color on their ears, head and legs. Adult Red Wolves range in weight from about 45 to 80 pounds. Red Wolves have wide heads with broad muzzles, tall, pointed ears and long, slender legs with large feet. Red wolves stand about 26 inches at their shoulder and are about 4 feet long from the tip of the nose to the tip of the tail.

The Village Nature Series is an education collaboration between the Highlands-Cashiers Land Trust and The Village Green sponsored by the Cedar Creek Club.

To learn more, including how to donate to these programs, visit VillageGreenCashiersNC.com/calendar and search for the Village Nature Series.