Get Ready for Autumn’s Burst on the Highlands Cashiers Plateau 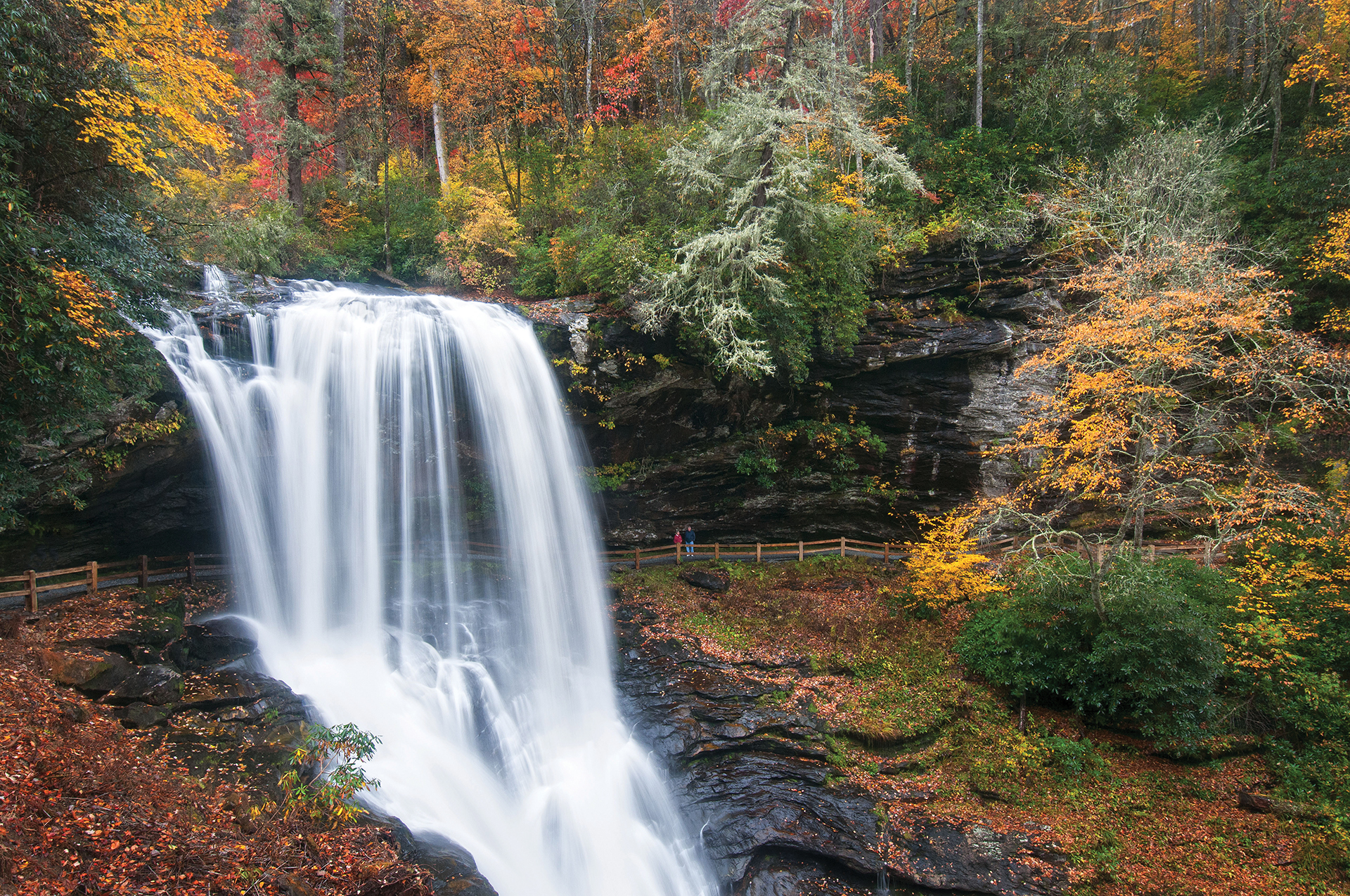 With the arrival of the annual Fall Leaf Show, you’re seeing the Highlands-Cashiers Plateau at its best.

And for those of us who’ve been driven a little bit wonky by a quarantined summer, it looks like this’ll be one of those classically colorful seasons.

The wet days of September will pay off with a burst of vivid colors – Christmas Red, and the Yellow of a springtime meadow, and, the rarest of all, the splashes of
Halloween Orange.

The bold colors carpeting the mountains around us suggest a quilting bee that shared a pot of peyote tea and then went to work, finally tossing their finished product over an unmade bed. The display is breathtaking in its richness and randomness, kaleidoscopic in its hypnotic variations.

But here’s the thing to remember: Those brilliant leaves, dying in such magnificent style that visitors and locals alike will literally stop in the middle of the road to take in a particular cove or vista, are just a portion of the Plateau’s October glory.

Consider the entire sensual banquet offered freely throughout the season.

For scent, the cool, crisp days offer the deep forest balm of decaying leaves, the redolence of leaves being burned, and the musk of compost before the onset of the hard frosts.

For a blending of beauty and flavor and an inimitable part of the local culture, look for Staghorn Sumac in the fields and forests of the area. In the spring and summer, it’s an unassuming denizen of the underbrush, but in the fall it seduces passersby with leaves and berries that have turned a deep crimson. It’s a
show-stopper.

If you choose to harvest the berries, you can make a delicious tonic that’s handed down to us from the Cherokee who first settled here.

Soak the berries in water for about 10 minutes, then mash them with your hands or a potato masher. Let the resulting mixture sit for half an hour, then repeat, letting it stew for another half-hour.

Strain the resulting mash through a cheesecloth, then add a bit more water and some sugar (or honey if you want to keep it authentic) to create a sweet-tart mixture. You can also add a bit of mint for flavor. Serve this Sumac-Ade on a sunny October afternoon and you’ve got a transcendent moment to treasure.

Another authentic October flavor is the local apples that are coming into harvest. You can savor the best by stopping at  the Highlands Marketplace, Bryson’s and Mountain Fresh Grocery in Highlands, and  The Cashiers Farmer’s Market. You’ll find heirloom varieties that have nearly vanished from the American landscape  – Father Abraham, Esopus Spitzenburg, and the wonderfully-named Arkansas Black. If you’re curious, The Bascom has a couple of rare Arkansas Black trees as part of its landscaping. You can probably pick one without getting yelled at.

For sound, well, the seasonal songbirds have fled South, allowing you to take in the raucous sounds of our big, really big, crows and ravens. They’re a gregarious bunch and aren’t shy about conversing among wandering people. You’ll still find old-timers who contend that they can distinguish the emotions and ideas conveyed by the different calls.

So enjoy the leaves, but remember to savor the entire spectrum of life on the Plateau.