With its unique blend of exquisite vintages and irresistibly off-center dishes, The Farm at Old Edwards’ Top Chef Dinner, set for May 21, promises to be a meal to capture the palate and the imagination. 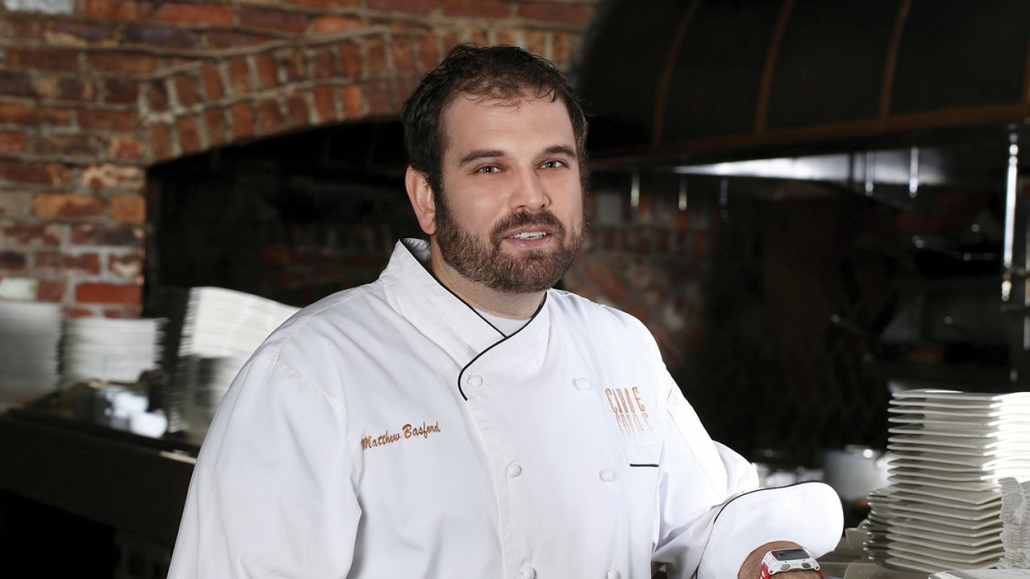 From its beginnings, The Farm at Old Edwards established itself as the capital of the growing and passionate food and wine scene in Highlands.

True to its history and reputation, the Friday, May 21, Top Chef Dinner promises a chance to hobnob with leading California Vintner Rob Fisher, one of the three second-generation siblings that guide the five-decade old Fisher Vineyards, and get face to face with Atlanta luminary chefs Chris Hall of Local Three and Mathew Basford of Canoe.

Launched in 1973, the world class wines come from a family that was first known for auto body design work in Detroit (Body by Fisher), and is today heralded as a leader in the industry, early on transitioning to organic farming and launching the career of celebrity winemakers Paul Hobbs and Mia Klein.

For the dinner at The Farm at Old Edwards, Fisher has chosen a thoughtful, curated list of wines inspired by the food of two passionate chefs, both well versed in the pleasures of New American cuisines.

A self-taught cook, Hall grew up around the corner from Local Three, and was schooled in kitchens from Philadelphia’s Le Bec Fin to Atlanta’s Canoe. His menu reveals a cooking philosophy that could be summed up as playful, yet without pretense.

Creative Loafing observed that, “Hall is having a lot of fun with a menu that is the very opposite of stuffy and formal,” as in a charcuterie board dubbed the ‘Notorious P.I.G.’ that includes a house-made Slim Jim. Hall characterizes his style as “simple, completely unrestricted, but respectful of tradition and method,” and critics have hailed his dishes as “imaginative combinations of ingredients, techniques and exceptional flavors.”

To perfect his recipes for Canoe, Mathew Basford draws on his years of experience cooking in his native Australia and then in New Orleans at Dominique’s in the Maison Dupuy Hotel.

In 2005, following Hurricane Katrina, Basford moved to Atlanta, landing at Canoe, and rising to the Executive Chef position in 2013.

At the heart of Basford’s cuisine is “staying true to our Southern heritage and supporting local Georgia farmers.”  Dishes like Slow Braised Heritage Pork Shank, and Herb Crusted George’s Bank Cod, are testimony to Basford’s commitment to the restaurant’s founding values as a seasonal farm-to-table restaurant, offering the accessible cooking that has made it a popular neighborhood haunt.

More details regarding the  Friday, May 21, Fisher Vineyards Dinner at The Farm at Old Edwards, can be found at  Oldedwardshospitality.com/FisherVineyards.

Fisher Vineyards Dinner at The Farm at Old Edwards

Join us at The Farm at Old Edwards in beautiful Highlands, North Carolina for a Top Chef Dinner featuring the extraordinary wines of Fisher Vineyards, which produces wines from both Napa...
View Event Details