The voice of Shelly Colvin is somehow richer and more beguiling when performed outdoors under Plateau skies. She’ll be at The Farm at Old Edwards’ Orchard Sessions Performer on Thursday, September 30. For updates and to book online, visit OldEdwardsHospitality.com/OrchardSessions. 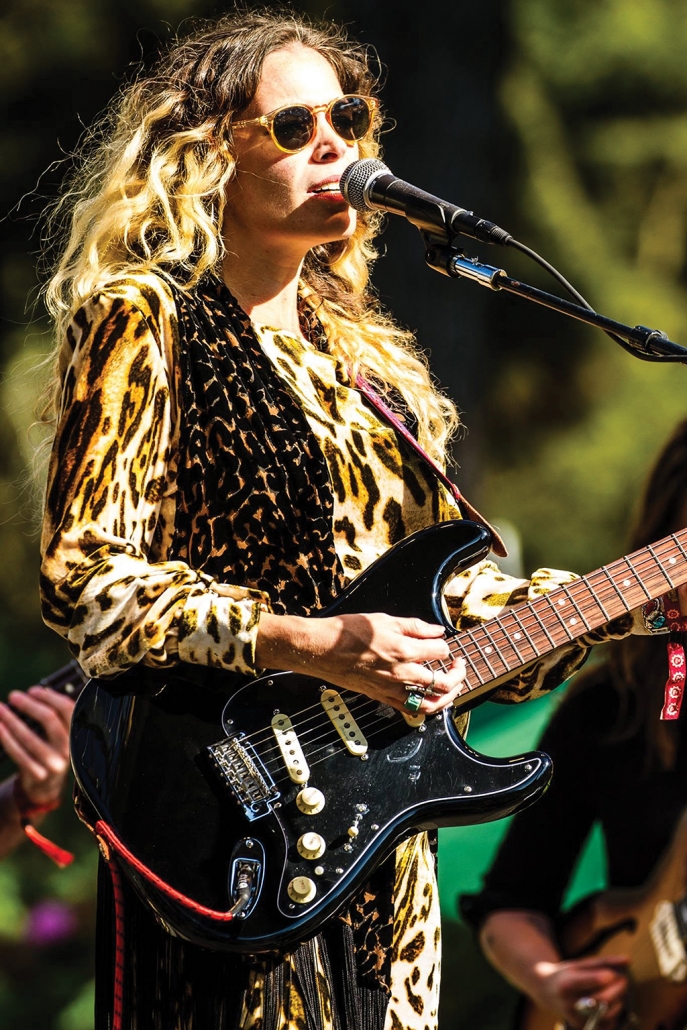 The description is irresistible – who among us does not want to listen to a voice described as “woozy and gorgeous as a California sundown”?

That sound belongs to Shelly Colvin, who the same author described as “swirling up her own brand of lush, late-night roots rock.”

For those of you who were lucky enough to attend the first night of the spring Bear Shadow Festival, it was Colvin who captivated the crowd with the music that she calls “desert folk” – sending the audience into a foot-stomping, dancing, and swaying frenzy.

Now she’s back on Thursday, September 30, at the Orchard Session at The Farm at Old Edwards.

Colvin has crossed borders and music genres from Alabama to California and the last decade spent in Nashville – from her gospel upbringing to classic Laurel Canyon Rock.

Raised in Huntsville, Alabama, by her Baptist Minister of Music Father, she grew up singing and playing music with her parents, the three of them touring churches throughout Northern Alabama.

After college graduation and moving to California, she began playing professionally – working with legendary singers/musicians Herb Pedersen and Chris Hillman, one of the founders of the 70’s country rock-music genre and member of The Byrds and the Flying Burrito Brothers.

The years there shaped her musical context, writings, and performances.  More notably, she ultimately developed her unique sound, a merger of Alabama with California, influenced by long-time heroes Emmylou Harris, Linda Ronstadt, and Jackson Browne. Through it all, she has refined her singular voice and pushed her creativity.  She has written and recorded three full-length albums and collaborated on stage with John Prine, Wynona Judd, The Black Crowes, Emmylou Harris, and Ann Wilson, among others.

Indeed, what lies ahead for attendees is an enchanting and magical evening – a chance to settle in for a night under the trees and darkening sky, swallowed up by the tunes of Shelly Colvin. Her seductive songs and enthusiasm are no less sparkling or beguiling than the emerging stars.

The shows begin at 6:00 P.M. and finish at 8:00 P.M.  There is a $25 cover charge for the public, with online sales opening two weeks in advance. Every ticket includes light bites and a cash bar.

The session will move indoors to the new Orchard House in the event of rain. Visit OldEdwardsHospitality.com/OrchardSessions for updates and to book online.