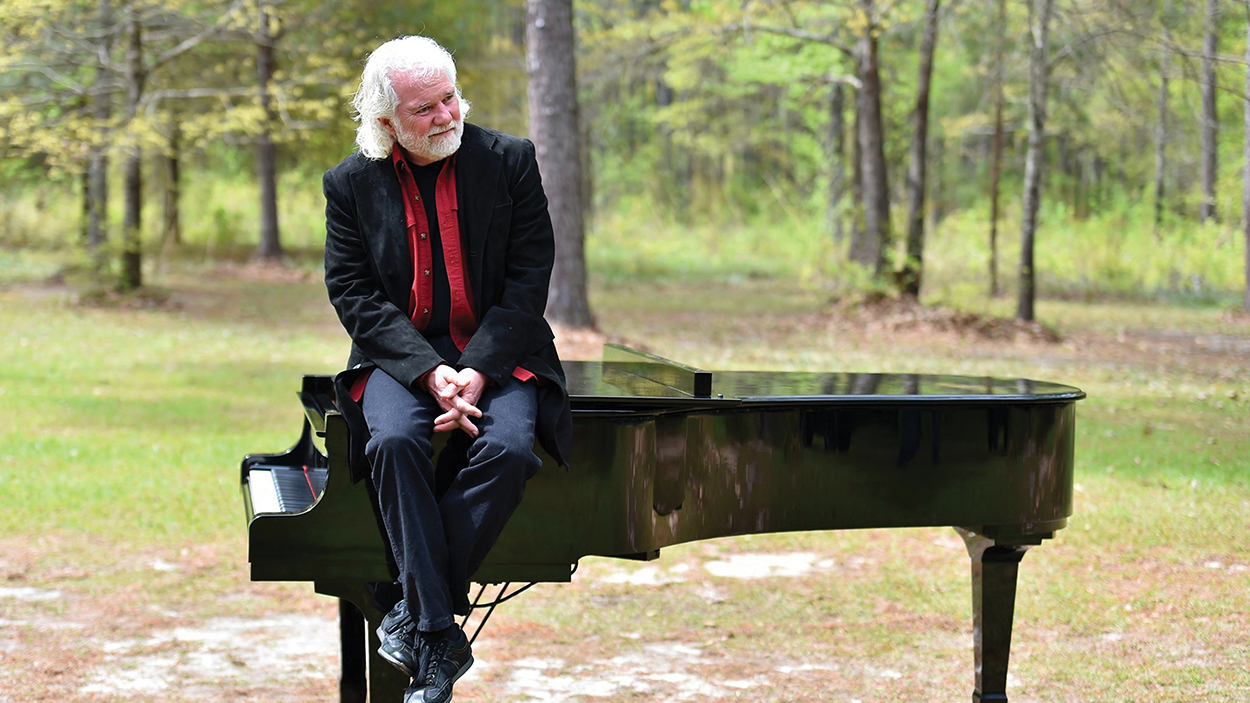 Bear Shadow Festival Rock Star Chuck Leavell’s long, strange journey began with the magic of Ray Charles and led through worldwide fame with The Rolling Stones, before ending up in the deep woods outside Macon, Georgia.

Chuck Leavell’s extraordinary talents as a mega rock and roll star and legendary pianist will be on full display on Earth Day, Thursday, April 22.

For this astonishing occurrence, entitled  “An Evening with Chuck Leavell: Tree Man,” Bear Shadow Festival organizers will join with The Farm at Old Edwards to kick off the weekend and benefit the Highlands-Cashiers Land Trust.

Diehard Stone fans know Chuck Leavell as the “Fifth Rolling Stone.” He’s played with the band for 37 years, joining between the Tattoo You and Undercover albums.

There are many who think Leavell, the resident piano maestro, is the big reason that the Stones are still well rocking into their fifth decade.  But the original source of Leavell’s own piano style was Ray Charles, whom he had seen perform at the coliseum in Tuscaloosa, Alabama, in 1966 when he was 13.

He decided then, “that’s what I want to do for the rest of my life.”  He joined the Allman Brothers band in 1971, before Greg Allman died, and in the late 70’s started his own band.

For a while in the 70’s he was, as he says, “at loose ends,” but by the early 80’s he hooked up with The Stones – he’s since played on every album except one.

In 2009 he started the premier website for environmental news, The Mother News Network.

The Evening with Chuck Leavell includes a special viewing of Leavell’s documentary, a meet & greet, musical surprises and tapas style dining.  All net proceeds from the event benefit the Highlands-Cashiers Land Trust, a 501(c)(3) organization.

Sponsors of the affair are Bear Shadow, Old Edwards Inn & Spa and Laurent Perrier. Tickets are $250 per person.  More information about this event and the festival can be found at bearshadownc.com.