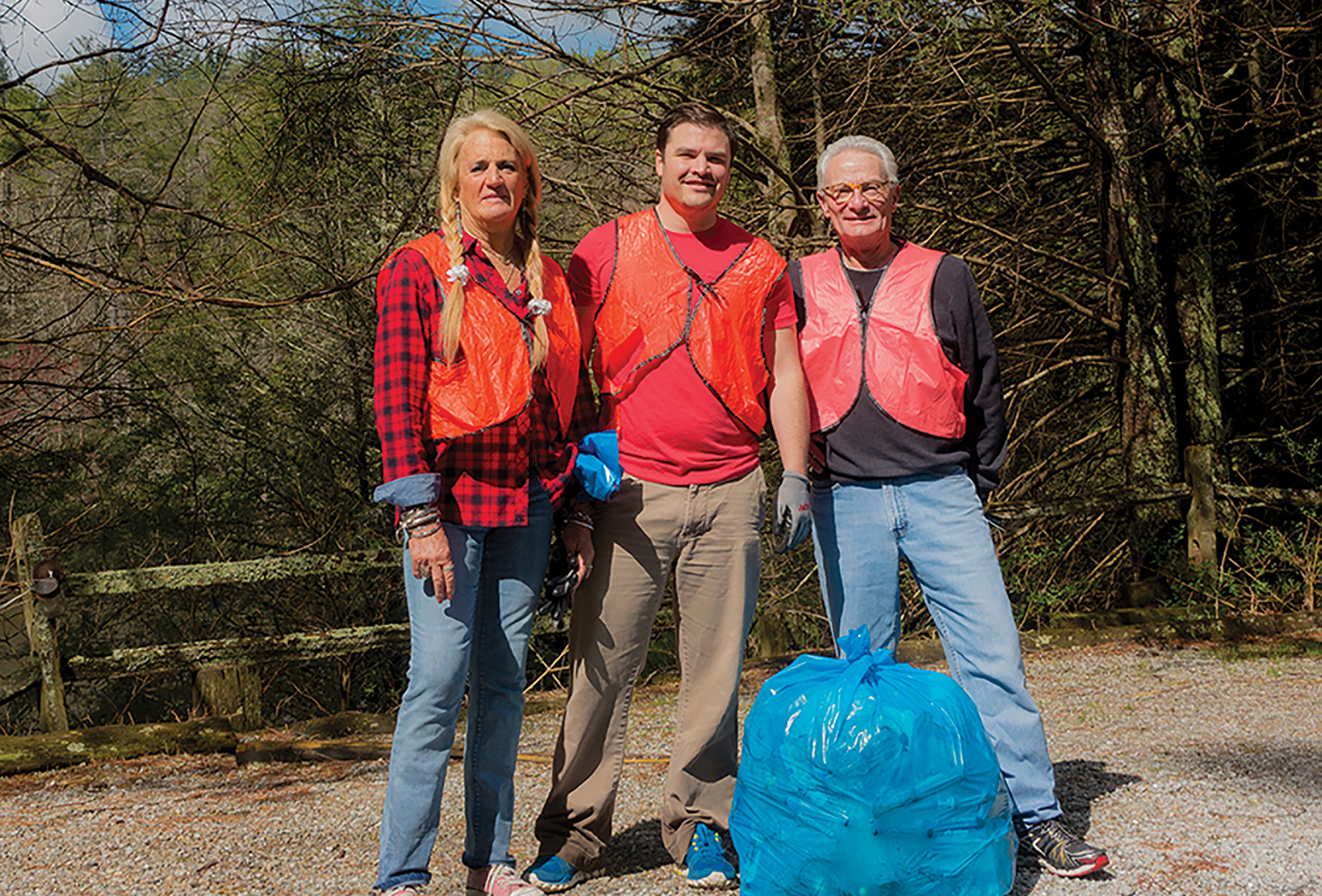 Where does the 9,000-pound gorilla sit?  Anywhere he wants to.

And so it can be said about the 4.5 tons of trash and debris recently collected in a collaborative effort of Mayor Pat Taylor’s office and the Highlands Chamber’s Visitor Center.

Chamber spokeswoman Jennifer Cunningham said, “It was an epic year for garbage… beer cans by the boatload, food wrappers, tobacco tins… you name it.”

But this year Mayor Taylor, the Chamber and local residents are determined to educate those random trash-tossers and stop the littering before it goes gorilla again.

Mayor Taylor says, “The Highlands Chamber has coordinated and promoted the cleanup of the Gorge Road for many years.  As a participant of the cleanup last year I wanted to expand the effort to the greater plateau area.  As mayor I continually received concerns about our growing litter problems throughout the year.  Jennifer Cunningham of the chamber, Kristin Bowen, a concerned citizen, and I began months ago making plans to expand the scope of the pick-up.  I was truly gratified to see so many volunteers for the event.”

Success is already evident.  Last year 40 dedicated volunteers participated.  This year 100 residents donned the Trash Ambassador mantle.  One group worked the Gorge Road, another, downtown Highlands, and a third the road all the way to Scaly, collectively 20 miles of roadside cleared and restored.

To stay ahead of the crush of paper, cans, and bottles, the team will host a second clean-up later this year.

“The next big challenge is to continue the momentum on an ongoing basis,” says Mayor Taylor. “There are many stakeholders like the Baptist and Methodist churches, the employees of OEI and the Rotary Club that are committed to keeping the plateau beautiful and free of litter year around.  We are also developing educational and awareness initiatives.”

You can help by volunteering and/or by getting the tag number of wanton trash dumpers and reporting it to Cunningham at (828) 526-2112.  Do your part to keep it going and growing. Make certain the gorilla doesn’t “gorge” himself with garbage ever again.