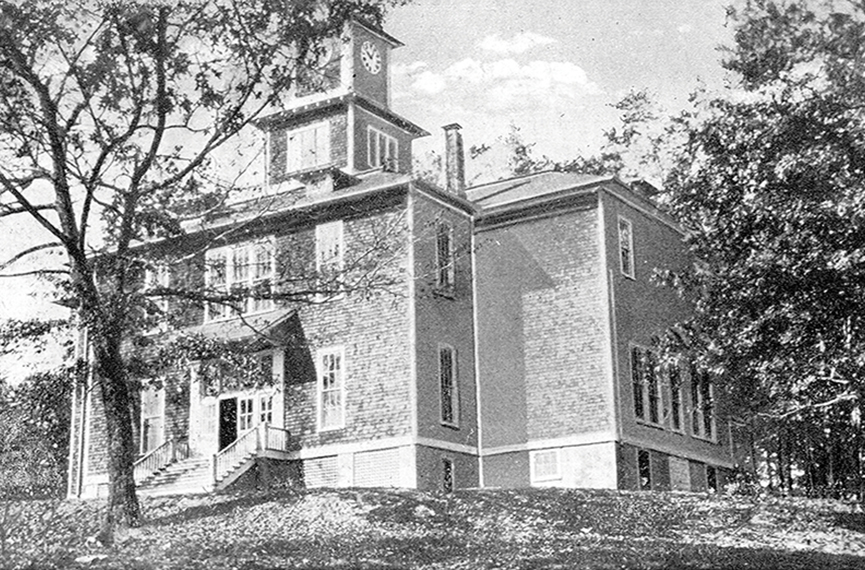 In 1923, long before the Visitor’s Center, Chamber-sponsored events, and a cohesive town voice, a fledgling Highlands Chamber of Commerce was laying the groundwork for the remarkable township we cherish today.

Thanks to Ran Shaffner and the Highlands Historical Society’s Archives, founding members’ words are part of our historical record.  Here are minutes from the Chamber’s first organizational meeting:

“Notice went out for a meeting of the citizens of Highlands to be held at the school auditorium, Thursday evening Sept. 13 1923 at 8:00 P.M. for the purpose being to form a Chamber of Commerce.

Mr. H.W. Bascom, as Mayor, opened the meeting explaining the purpose for which it was called.”

“At the close of Mrs. Alstaetter’s speech about fifty people had assembled.  Mr. Bascom called for nominations for officers to act until such time as a permanent organization could be affected:

Mr. Bascom, Mr. Davis, and Mr. Sloan all expressed themselves as to the benefit to be derived from a Chamber of Commerce.  Mr. Sloan said it was the only way a community could get together, discuss questions, hash them out, and the community as such, express itself.

A Chamber of Commerce was formed to attend to everything in the community not of political nature.  Mr. Sloan expressed the hope that the Highlands Improvement Society would see its way to merging its identity and work into that of the Chamber of Commerce, and all work together, thereby accomplishing greater good for the community.”

A three-person committee was appointed to seek membership.  $2.50 dues would be collected from each member.  A committee on organization was appointed.  Future meetings were to be held in the high school auditorium.

Minutes were taken by Charlotte B. Elliott, Secretary Pro Tem.

If you’d like to view the original materials establishing the Chamber, refer to 2010.29.1 (1923) at the Highlands Historical Society by appointment or when it reopens in late spring.  You can also reference Ran Shaffner’s “Heart of the Blue Ridge” in the library.  Or why not purchase the tome online as a wonderful holiday gift for your favorite Highlander history buff?  Go to highlandshistory.com or email [email protected].