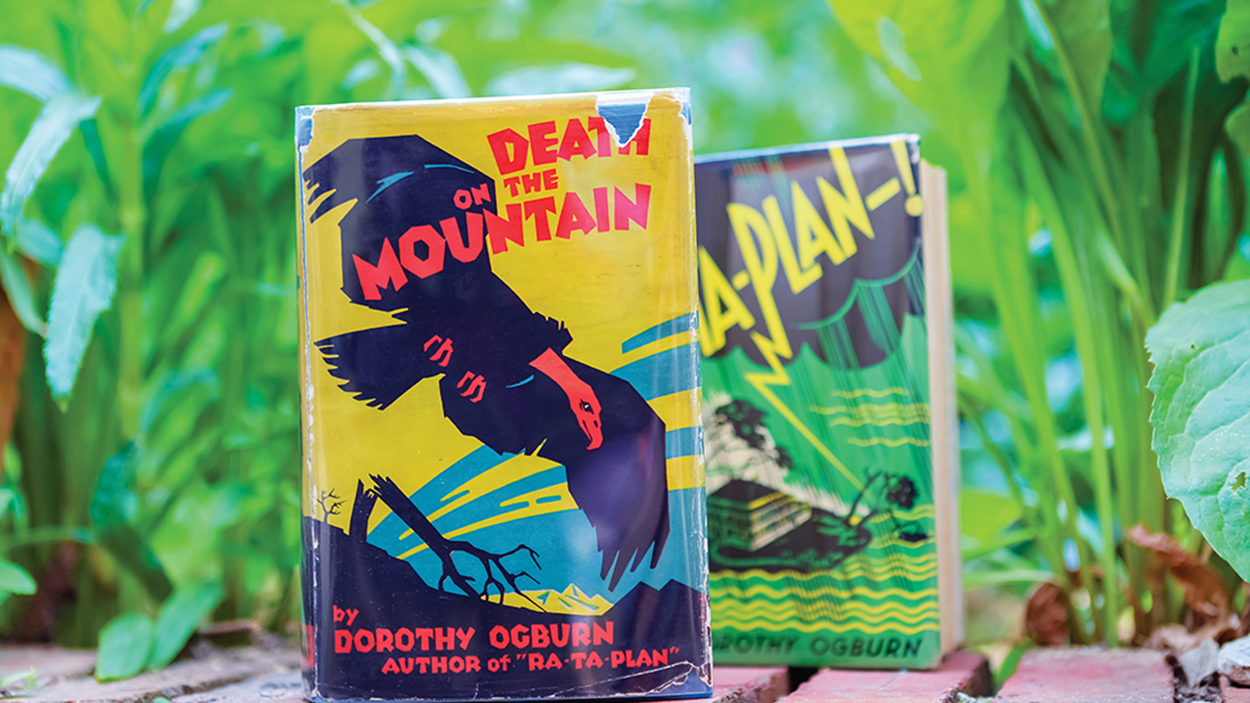 Our little mountain town looks so tranquil, but there’re plenty of shady characters lurking in the pages of Death on the Mountain.

Whodunnit? It’s a July morning in 1925, and Nicholas Padgett, in mauve silk pajamas, lies on his lawn above the gorge—strangled. A buzzard sits next to the corpse, about to breakfast. Who murdered the most unpopular man in Thunder Falls, N.C., who the evening before—at the wedding of Margaret Irving and Thomas Tallis—audaciously kissed the bride and then whispered in her ear in a knowing way? The war-hero groom? Padgett’s brother in law, who accused him of business fraud as he left the church? Or was it the lunatic son of the bride’s housekeeper, kept chained to a ceiling beam at his mother’s cottage?

You won’t find “Thunder Falls” on a map, but it’s located between Dillard, Ga., and Cashiers, N.C., and the road down to the Mayberry County seat goes behind Angel Wing Falls. The foul deed is chronicled in the atmospheric 1931 novel by Dorothy Ogburn, Death on the Mountain. Ogburn (1890-1981) was from Atlanta, and spent summers in Highlands with her husband and son, both named Charlton. Ogburn wrote two other mysteries: The first, Ra-Ta-Plan-! is set on the Georgia Sea Islands; The Will and the Deed takes place in the Hudson River valley.

In its 1930 review of  Ra-Ta-Plan-! the New York Times said “the author has succeeded in making each of her characters a distinct personality, an achievement so rare in mystery fiction as to be worthy of special notice.” The same is true of her Highlands-set tale, whose plot the Raleigh News and Observer commended as “refreshingly novel.” Ogburn reminds me of writer Louise Penny.

Our sleuth is teenaged ornithologist Stephen Latimer, clearly based on Ogburn’s son, who became a talented writer himself (see his 1975 natural history, The Southern Appalachians: A Wilderness Quest). But Charleton Jr.’s first paid job was catching flies to feed the salamanders at the Highlands Museum (now the Biological Station).

Next month: A *real* literary mystery that featured all three Ogburns.