Highlands-Cashiers Players takes on the Issue of the Age – Covid-19 – with a light-hearted (yes, light-hearted) musical. The Great Pandemic – a Mystery Musical Love Story will be staged at Highlands Performing Arts Center, October 14-17 and 21-24. For more information, visit highlandsperformingarts.com/hcp. 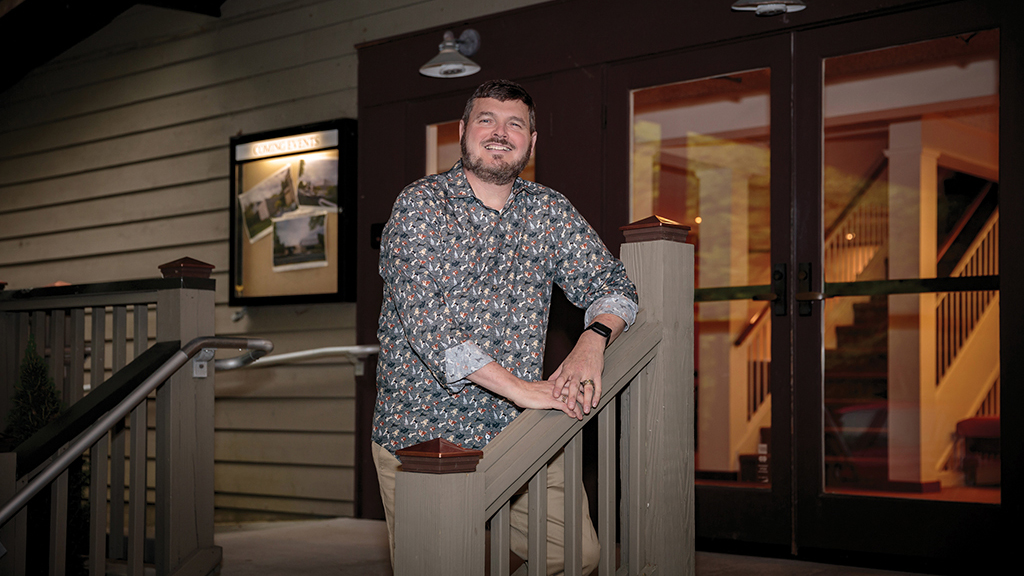 Like much else set asunder in the past tumultuous 16 months, there was the Highlands-Cashiers Players schedule.

They were in the midst of their 25th season when Covid hit in the spring of 2020.

The usual seasonal timetable was disrupted by the pandemic, and the March 2020 dinner theater and the May 2020 Agatha Christie play were canceled, as were the fall 2020 and spring 2021 performances.

HCP board member Craig Eister had been monitoring things from the start, and with the full endorsement of the board, determined to begin anew with their first show in nearly two years.  That will be the October 14-17 and 21-24 performances of an original play, written by Eister.

He had long yearned to try community theater and was welcomed to the community “with open arms.”

Eister says that the idea for the play, called The Great Pandemic – a Mystery Musical Love Story, came to him as “we were trying to figure out what type of play should debut after the extended hiatus.”

He realized that he could pen a play marrying all the suggested themes – a love story, musical, and mystery in one piece.   Eister spent three months writing during the shutdown.

“When the ideas started coming to me, I would be walking down the street, something would hit me, and I would have to stop and jot it down.”

Craig drew on his lifelong commitment to issues of diversity and inclusion; the notion “that everyone matters.”

Yet he manages to address these themes playfully, producing a play that is both upbeat and light-hearted.

For instance, there is a scene where he does a funny take on a Zoom call.

“It’s a way to commemorate this piece of history, to portray this moment in time, and have fun with it.”

There’s even a scene featuring the performer Cher. Music and lyrics were composed by Eister in conjunction with Les Scott, Director of Music at the Highlands United Methodist Church.

As of this writing, the all-volunteer troupe has been cast.

Among the talented actors are frequent past performers, David Spivey, Robin Phillips, Elizabeth Gordon, Michael Lanzilotta, Jamie Thomas, and Randy Lucas, Minister of the Highlands United Methodist Church.  Also in the play are local up-and-coming talents, Mandy Houston, Gardner Davis, Alan Neely, and Rachel Mattingly.  The two-act play will be staged in an intimate cabaret setting with tables for two and wine will be available.

For more information about HCP and its performances, visit highlandsperformingarts.com/hcp.