Hiking the Stars: The Art of Donald Furnald 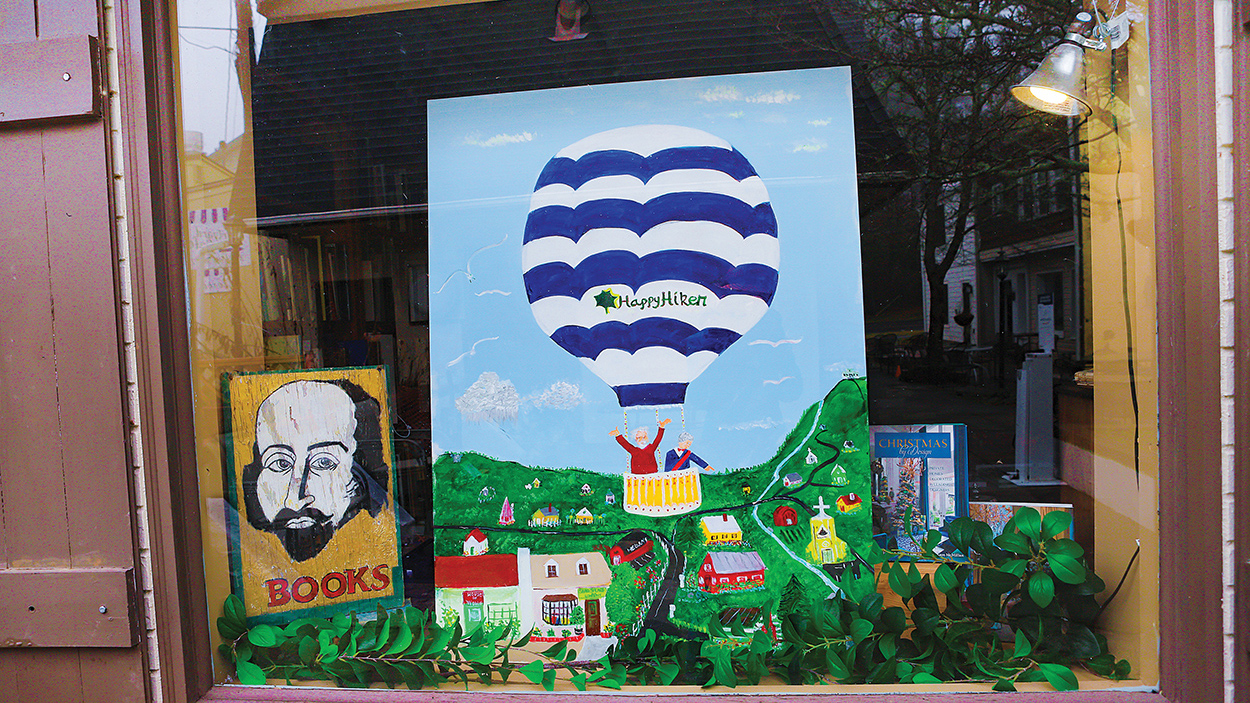 A bright-as-sunshine painting on display at Shakespeare & Company Booksellers recalls a golden afternoon when a pair of hot-air balloons adorned the skies above Highlands.

One of the wonderful things that makes Highlands so charming is the unexpected pleasure of finding a delightful hidden treasure around every corner.

For example, skip right on over to Village Square and take a gander at the colorful, playful picture in the window of Shakespeare & Company Booksellers.

There has got to be a wonderful story that goes with this.

Checking in with co-proprietor Stuart Ferguson, we found the story, and it’s just as fun and fascinating as the picture itself.

Stuart’s stepfather, Donald Furnald, was a resident of Highlands for many years and was the chef and manager at Skyline Lodge. His memories from, and love of, Highlands run deep. Now in his late ‘80s, Don remains a very vibrant, active man who took up painting two years ago.

But why a hot air balloon over Highlands?

Stuart worked at the Highland Hiker (known then as the Happy Hiker) and owners David and Carol Wilkes had a promotion that brought two hot air balloons to town. They sold three rides, gave away one as a promotion, and on Saturday evening they had tethered balloon rides so residents could take a turn going up in one of the balloons.  David and Stuart went up on the last ride of the evening and looked down over the town.

That’s a memory Stuart never forgot, so given Donald’s love of painting balloons he asked him to capture the memory for him, and voila here it is, history on canvas.