Back to the Future in Film

Those old cameras that rely on film and exposure time and a bit of artistic discernment are finding new life thanks to an Asheville nonprofit. 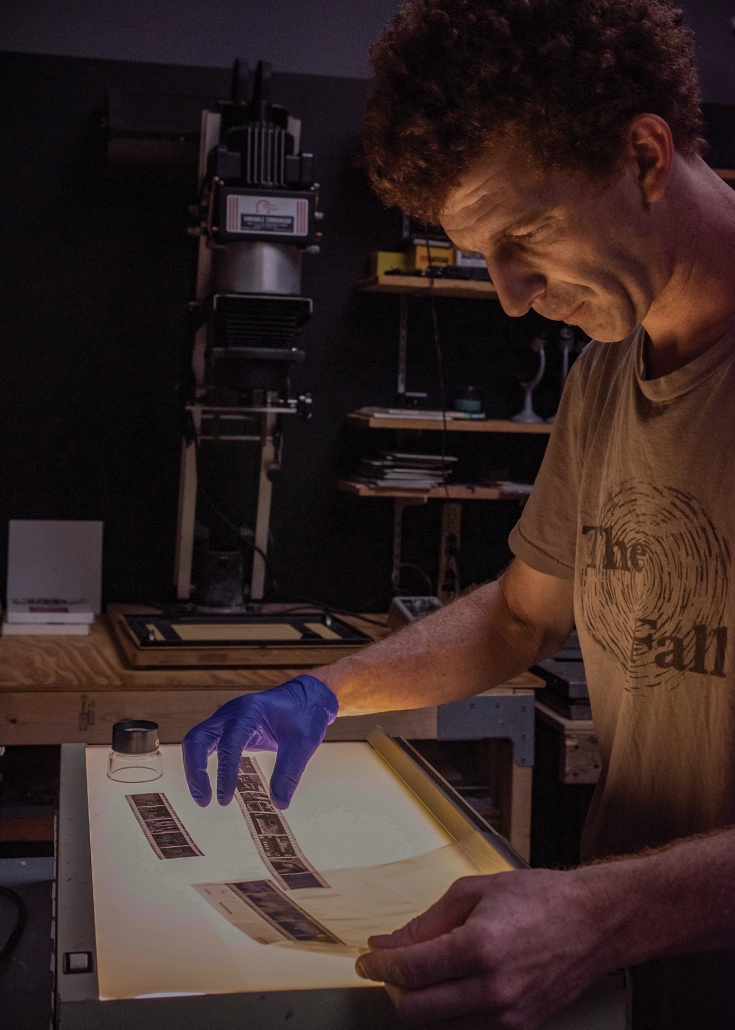 All those stuck-in-a-back-corner-of-the-closet, single-lens-reflex (SLR), film cameras can be pulled out and dusted off and used again – thanks to technology and the ability to achieve scans and high-res digital prints from negatives. The Asheville Darkroom is a 2010-founded, 501(c)(3) nonprofit organization offering education, programming, and facilities available for public use. And it’s through this organization, and others springing up in locales nationwide, that film cameras are getting a second life.

“There’s certainly been a slight resurgence [in film camera use], from older people coming back to it to young people discovering it,” said Daniel Abide, TAD director. “The digitization of film is great looking.”

He explained that photography is all about preferences, convenience, cost, etc. While digital cameras hit the mark positively for many users, film cameras provides “image quality often described as having more depth, much like the sound of a record.” Other benefits of film include:

• White and black details as well as subtle details captured;

• And minor focusing issues and exposure problems sometimes not as noticeable.

To achieve digital from film requires only that the “photographer,” upon having the film processed professionally, simply ask for digital scans. Depending on the quality needed, costs vary. High-resolution scans, suitable quality for magazine publishing, for example, requires a bit of an upcharge.

However, processing and scanning at The Asheville Darkroom typically costs less than $20 for a 24-image film roll, for example.

The Asheville Darkroom, which also enables members access to darkrooms to hand process film and make prints, encourages people to enjoy experimentation with photography, stating, “We value life-long education, accessibility to all who wish to learn technical processes and artistic practices, and forums for individuals to learn and share their expressions and experiences.”

Abide pointed out that one of the purposes of the organization is “to foster a community of individuals that use photography as an art form through group critiques, artist presentations, topic discussions, and film screenings as well as classes, workshops, and community printing access.”