Art of a Warrior 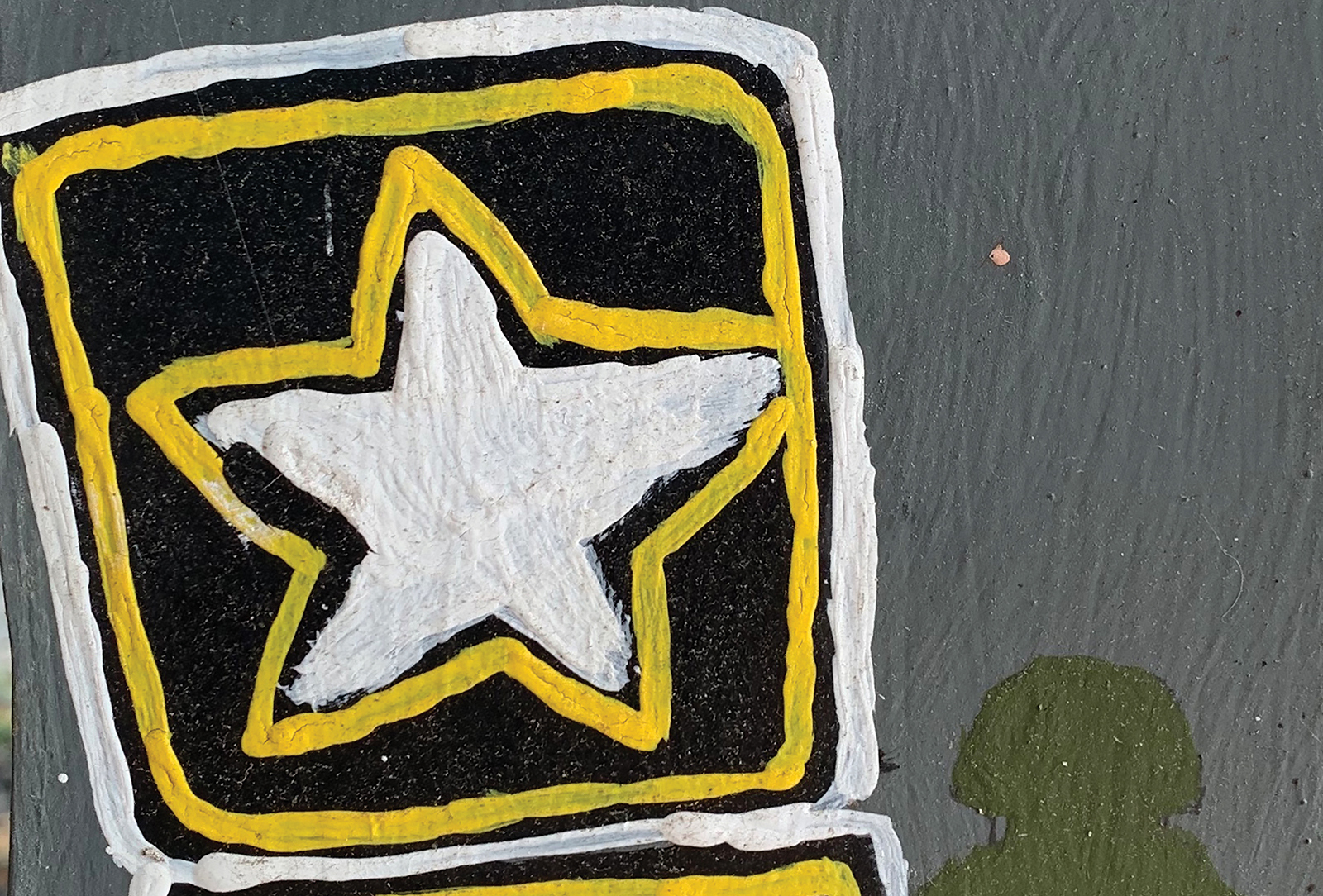 Jason Smith’s course was set at birth. He was born at a Marine Corps installation, across the country in California. During his childhood, his family moved to North Carolina where he remained until he
joined the service.

At first, he was located in his home state of North Carolina, stationed with a Marine Corps Unit at Camp Lejeune where he trained as a combat medic. He served two tours of duty in Iraq with the 1st Battalion, 8th Marines.

On his second deployment, Jason’s unit was involved in Operation Phantom Fury, considered the largest battle of the Iraq War. After fulfilling his obligations to the military, Jason married a Georgia girl and made North Georgia his home.

His tours of duty left him with severe combat Post Traumatic Stress Disorder (PTSD), and he was no longer able to work.

This is where art comes into the picture. Never having a lesson or any type of art training, he picked up a brush, using this creative outlet as therapy. His career as a self-taught artist began. Art has been his life-saver for the last five years as it helps him in battling this disorder, giving him comfort and solace.

Some of Jason’s first pieces were cut-out metal dog tags featuring each branch of the military, complete with the insignias. Since those first pieces, he has gone on to other subjects of interest. Living near the lake, it’s no surprise that fish play a prominent role in his art, all metal cut-outs.  He has also ventured into the world of Southern delicacies   – Coca-Cola and peanuts, RC Cola and Moon Pies, Duke’s Mayonnaise, and Little Debbie Cakes!  Who wouldn’t love these pieces!!!  All painted on wood.

No matter the subject, military or Southern-based, Jason hopes to be an inspiration to other veterans battling PTSD. He wants them to realize that his disorder does not have to rule their lives.