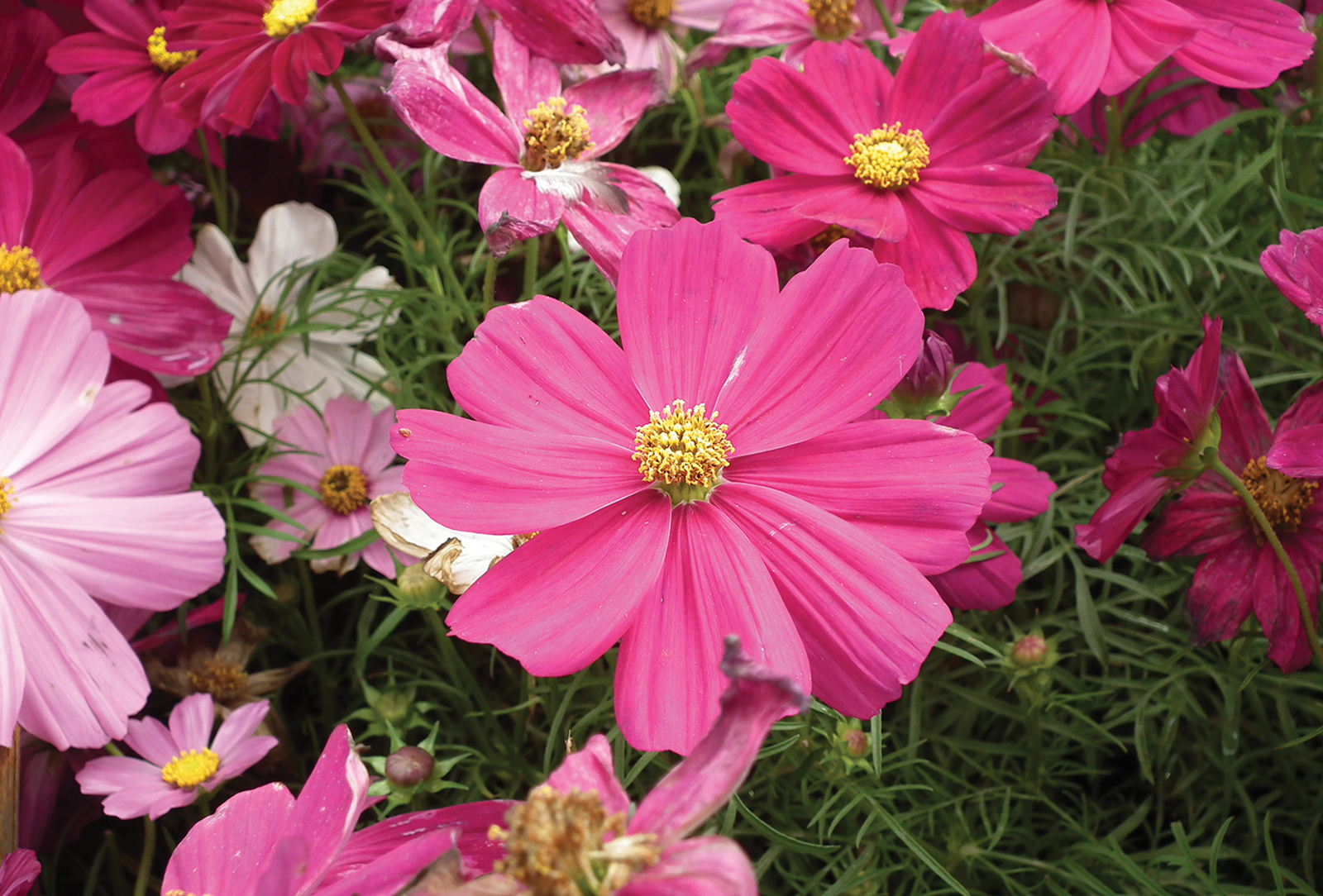 No, not that Cosmos.

This month, our attention is skyward in anticipation of the solar eclipse, but that event is just one day. I’d like to draw your attention downward to a different Cosmos.

Cosmos has been touted as one of the easiest flowers to grow in the world, and they are quite the world traveler!  She can be seen from Mexico to South Africa, to the US.  She acts like a perennial in Zones 2-11, but can be planted as an annual anywhere.  Good for a cottage garden or in places you can’t get other things to grow.  Cosmos requires well-drained soil, but not rich
or fertilized.

The simple daisy-like flower is no accident since it comes from the Asteraceae family of daisies, asters, and sunflowers.  They appear in happy colors from orange, pink, red to white. These cheerful plants can grow up to eight feet in some parts of the world, but usually stop around three to four feet.

You can sow Cosmos seeds directly to the ground after all danger of frost is over.  The seeds look like tiny pine needles.  They will bloom in up to two times a year, once in the summer and maybe again in the fall depending on the weather.  They will reseed themselves, but the most vibrant blooms come from the first year’s planting.

The feathery foliage is a pretty light green color that helps accent other shades in your garden.  These flowers attract birds and butterflies and are an easy choice for cut flower arrangements and containers.  The solar eclipse of August 2017 won’t set well with Cosmos, because they like full sun all day.  They will still grow in dappled sun, but probably won’t flower.

Cosmos comes from the Greek word Kosmos, meaning balanced universe.  It’s great to know that all is right with the world…at least as long as you’re gazing at Cosmos.