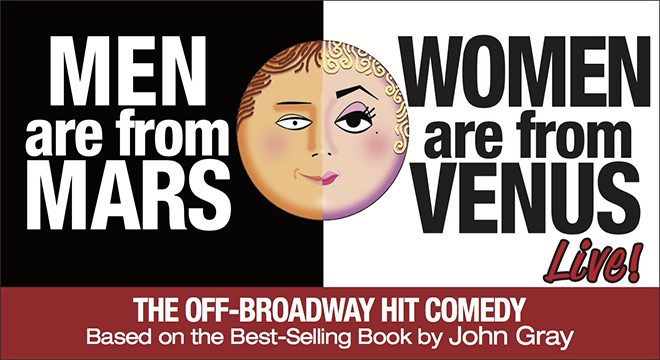 The Off-Broadway hit comedy Men Are From Mars – Women Are From Venus LIVE!, is a one-man fusion of theatre and stand-up, and is a light-hearted theatrical comedy based on the New York Times #1 best-selling book of the last decade by John Gray. Moving swiftly through a series of vignettes, the show covers everything from dating and marriage to the bedroom.
When Mars and Venus collide, the adventures are earth-shatteringly hysterical. It’s a great recipe for a night out: a little storytelling blended with some comedy and a dash of sage wisdom from the book. A delicious evening of entertainment!