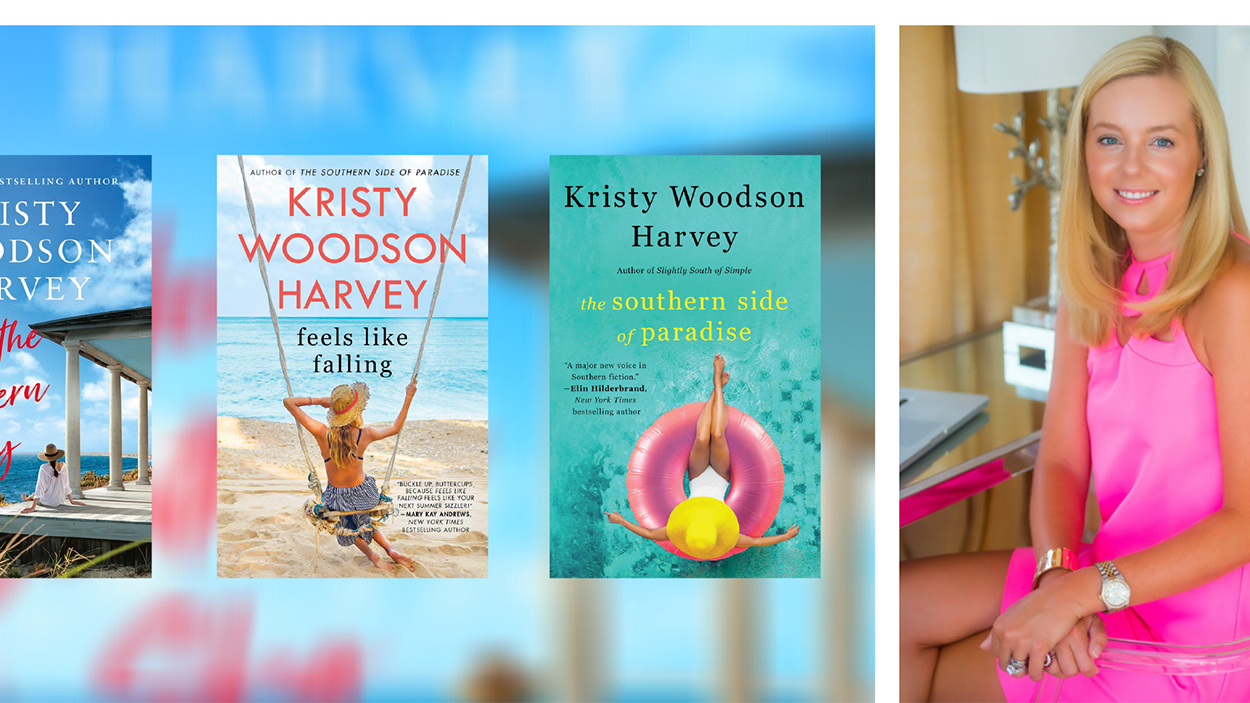 Meet Author Kristin Harvey as she discusses the craft of writing at the Hudson Library in Highlands, NC.

Her widely acclaimed novels have been praised by publications such
as Southern Living, Parade, Working Mother, Entertainment
Weekly and US Weekly as must reads, and she is the winner of the
coveted Lucy Bramlette Patterson Award for Creative Writing and a
finalist for the Southern Book Prize. #1 New York Times Bestselling
Author Elin Hilderbrand dubbed her “the next major voice in Southern
fiction” and Cassandra King Conroy says, “Kristy Woodson Harvey cuts to
the heart of what it means to be a born-and-bred Southerner.”
A consistent high producer in her finance job, Kristy parlayed her
passion for business, writing, and interiors into her website, Design Chic,
where she blogs to more than 450,000 followers each day about how a
beautiful home can be the catalyst for a beautiful life. Design Chic is the
inaugural inductee into Traditional Home’s Design Blogger Hall of Fame
and the winner of the International Amara Award for Best Luxury Blog.
Kristy collaborates with some of today’s most influential brands,
designers and architects, procuring seven-figures of sales yearly for her
partners.
A Phi Beta Kappa, summa cum laude graduate of the University of North
Carolina at Chapel Hill’s school of journalism, Kristy’s writing has
appeared in numerous online and print publications including Southern
Living, Traditional Home, Parade, USA Today, Domino, Our State and O.
Henry. And her master’s degree in English with a concentration in
transnational literature is what led to her fascination with writing about
what makes the South so special.
Kristy can speak not only to the craft of writing, but also the business
side of it both as an author and influencer. Juggling family life, a thriving
business and a bustling writing career—through which she speaks
upwards of 85 times a year at venues all over the country from New
York’s 92nd Street Y to aboard California’s Queen Mary—Kristy is a true
standout in the writing world and brings excellence to every project she
undertakes.