A passion for a life lived off the Beaten Path brought Laura and Alastair Lamont together and, ultimately, to a life on the Plateau. 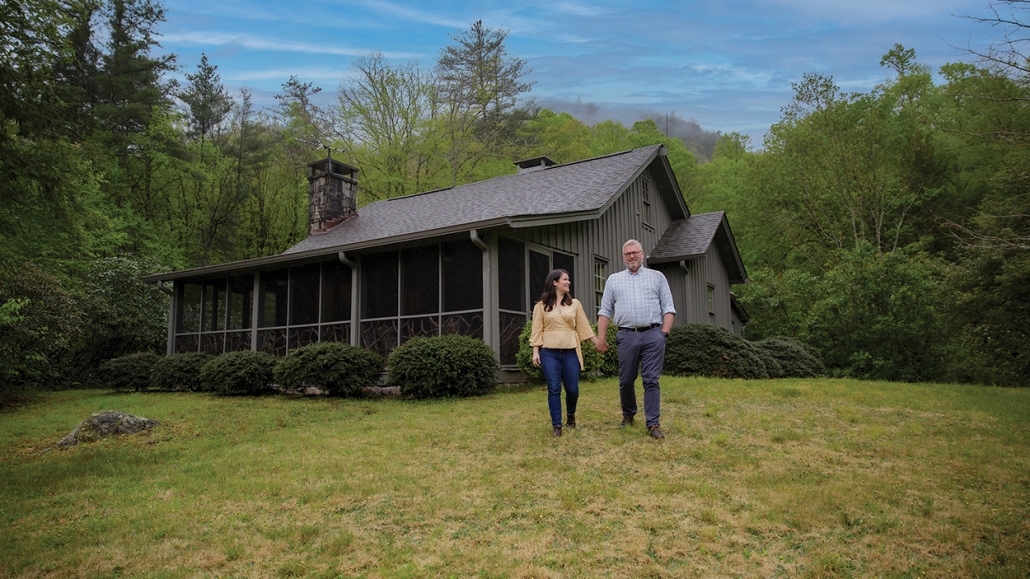 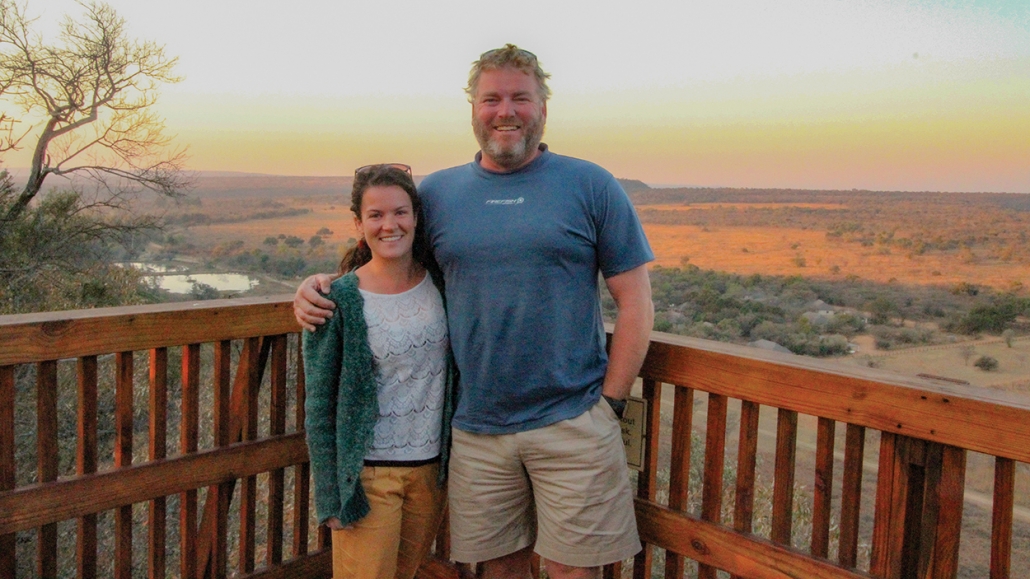 The history of Laura and Alastair Lamont’s love affair interweaves the story of a young Peace Corps volunteer with the adventures of a former safari guide.

In 2012, Laura came to the Peace Corps, settling in the Hlazakazi village in the South African province of Zululand, to teach 11 to 13-year-olds. Laura, who grew up in Atlanta, had long imagined a life dedicated to volunteer work and travel.  Just out of Centre College in Kentucky, Laura had a bit of wanderlust.

Alastair, living many miles away across the river in Zululand, was working at Fugitives Drift Lodge as General Manager and Tour Guide.  Son of a South African “adventurer,” Alastair was at a different stage.  Before he arrived at the Lodge, he had already relinquished corporate work to become a safari guide and scuba diver.

Neither Laura nor Alastair had come to South Africa looking for romance.

It was at Fugitives Drift Lodge that they got to know each other.  Laura was there to celebrate the Lodge owner’s 50th birthday party.  She was leading an entire horde of friends in a line dance when Alastair first noticed her.  Alastair found her “vivacious, full of life and spirit.” Yet a voice went off in his head cautioning him to “stay away.”  “I had only just arrived at the lodge and had a ton of work to get knowledgeable about the job requirements.”

Laura noticed Alastair across the room, “Self-assured and confident, he acted with pride,” and “Never in the foreground, he was always assessing the situation to make sure everyone was well cared for.” For a long time, they kept their mutual admiration to themselves.

In the months that followed, Laura returned to the Lodge regularly, taking advantage of the Lodge owners’ offers of hot showers and hot meals.  Laura recalls, “Alastair was the savior who arrived in his 4 x 4 to pick us up. He brought peanut butter, hot water, and air conditioning.” A year later, Laura decided to extend her tour in the Peace Corps. She was assigned to the educational nonprofit headquartered at the Lodge.  Soon they were dating seriously, getting to know each other over long walks and bike rides and sunset gins. Their relationship was on its way to becoming permanent.  For Alastair, the crystallizing moment came one morning after the couple returned from a long run. “We were watching the sunrise over a cup of coffee, and I suddenly realized there was no one else for me.”

“I think we both knew that we would always be together,” said Laura.

At the end of 2015, Laura returned to the US – her tenure in the Peace Corps now over.  Back home, she frequently visited the family cabin in Horse Cove in Highlands – located on land her great-grandfather had purchased in the 1940s.  A place of memories of happy summers, living in the cabin reminded her of the lifestyle she had left behind in Zululand.  In May 2016 when the distance between them became too much, Alastair followed his heart to Highlands and proposed.  They were married in Whiteside Cove in October 2016. On a honeymoon trip to Montana and Yellowstone, they dreamed of a life on the Plateau.

It was only after a first year of marriage spent apart, six moves, two children, multiple job changes, and nearly four years that they realized their vision.  The opportunity came when they recognized they could start a business that leveraged Alastair’s skills as a safari lodge manager/game ranger and private guide with their combined knowledge and love of Africa to plan unique trips. They recently launched in Cashiers, Africa Awaits, (africaawaitsus.com) a photographic safari consultancy business.

The obstacles encountered and resilience displayed during those early years have only strengthened the solidity of their bond.

Alastair comments, “If you look at us on paper, our age and cultural differences, we shouldn’t be together. Yet when you see us, you understand.”

Laura still marvels at how “We found each other in a very rural part of South Africa, and are now living our dream.  It’s a remarkable story.”