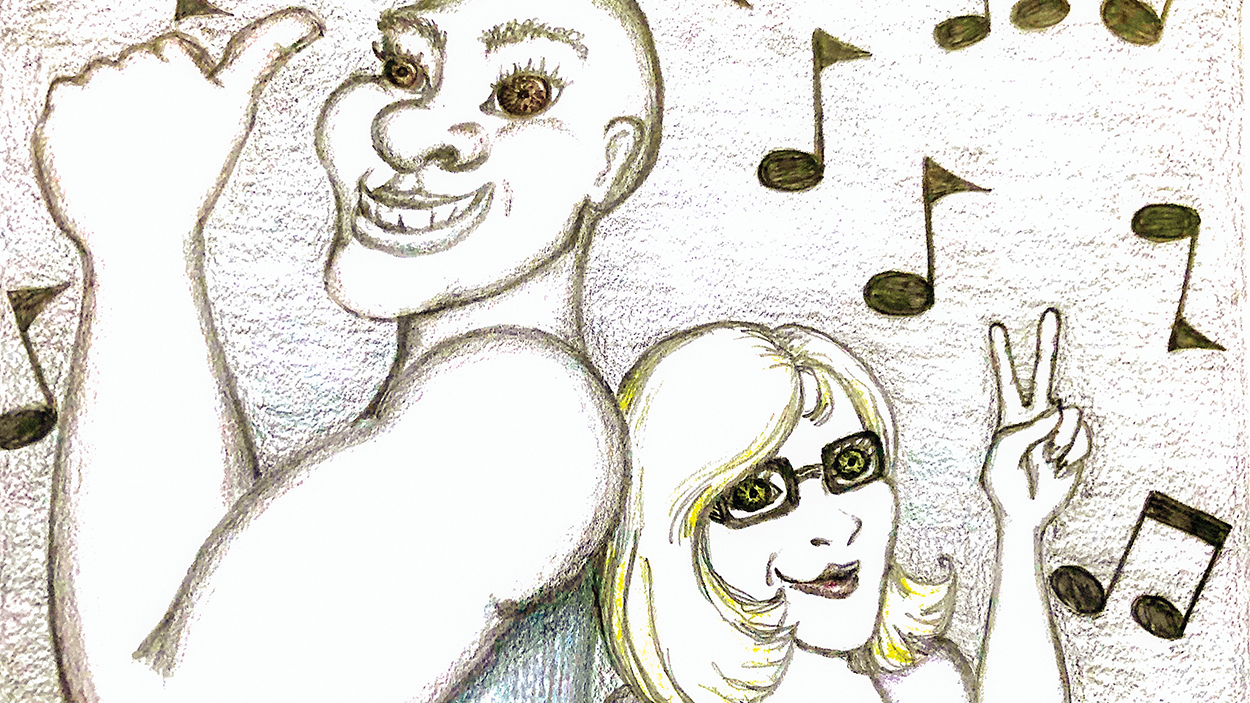 Teaching, heck, anything, becomes easier when you have someone like Melvin in your corner.

50 students? And that was just one class. Most of them were LD (learning-disabled), EH (emotionally-handicapped), ADHD (attention deficit hyperactivity disorder), or simply H-BAR (held-back and resentful).

These were the kids who were channeled into music, art, library, and janitorial/lunchroom 101, because Administration didn’t know what to do with them.

Many of my students were children of migrant workers who picked early crops in Florida, then moved north, state-to-state as produce ripened. These kids might transfer schools 4-5 times/year. Just as they’d settle into a classroom, they, like the crops, would be rotated, uprooted, and farmed-out.

I, barely out of Music School, was Bambi staring into a semi’s high-beams. The inmates had taken over the asylum.

And then along came my salvation, Melvin, every coach’s dream lineman. Melvin was a confident young African American parading in his favorite purple silk shirt. He was a good 6’4” in stocking feet.

“Would you like me to take care of this, Ms. Rhodes?” were the first words he ever said to me. I looked up … way up at him. While I was thinking about his offer, knowing it would be wrong to appoint a classroom bouncer, a giant, sloppy spit wad hit me, splatt, in the face.

Stage left, an EH student jumped up onto her desk, lifted her skirt, and asked, “You want to see my underpanties?” No, I am not making this up.

I was in a vise, logic pressing from one side, rules and regs, the other. But the underpanties thing sent me over the falls. “Yes, Melvin,” I replied with conviction. “Yes, I would.”

Melvin was a god. He swaggered over to the wad-spitter, towering over him, and without lifting a hand, wad-spitting alpha-boy flattened into a puddle of omega. Princess Underpanties puddled too, on her way to the counselor’s office.

Every day thereafter, if anybody lipped-off, Melvin would say, “Want me to handle that for you, Ms. Rhodes?”

I often wonder where Melvin wound up and whatever happened to his shirt. I hope he played pro-football … for a team that wore purple. If he could clear a field like he cleared my classroom, he was destined for the Hall of Fame.