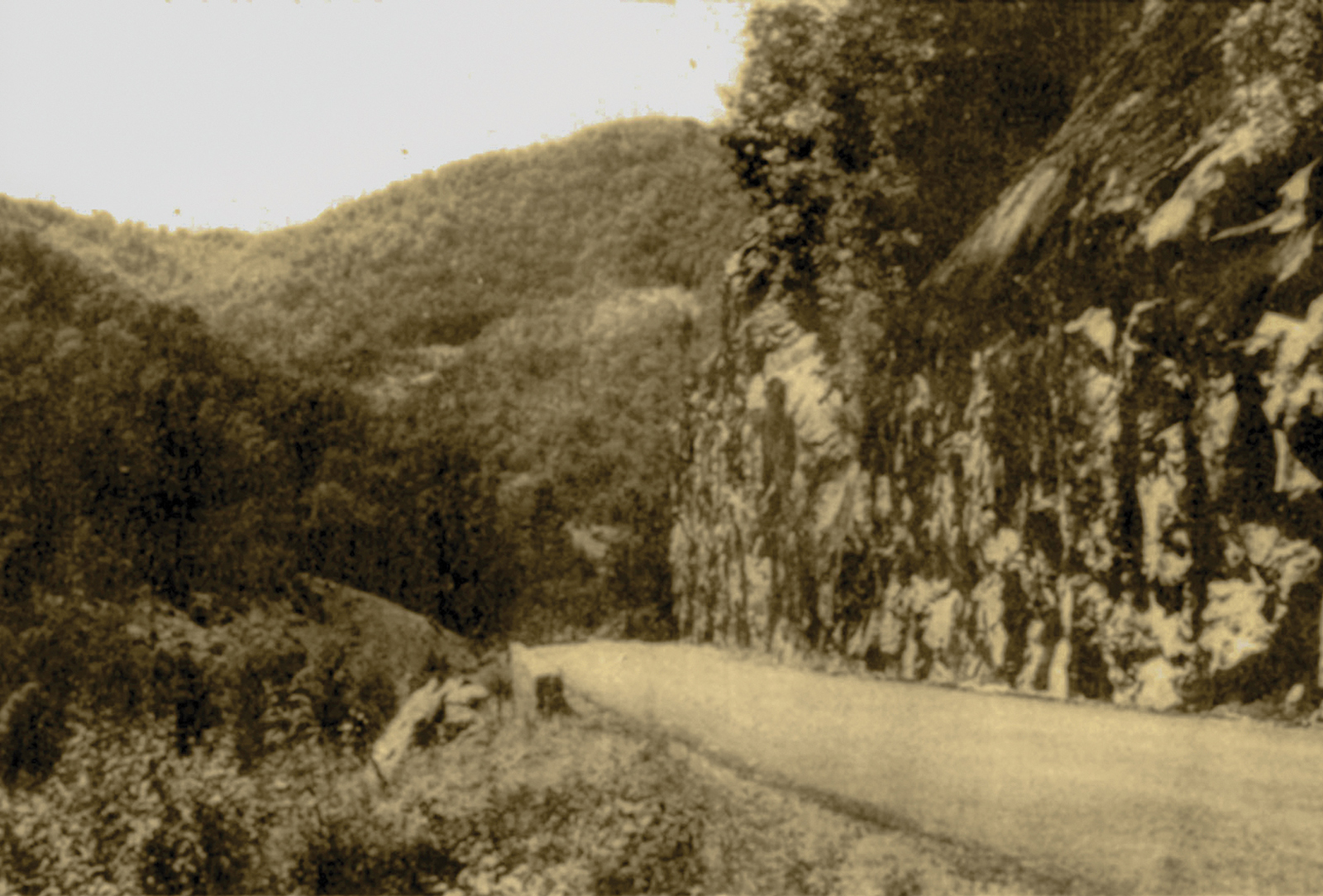 The Gorge Road is an impressive feat of engineering. If you’ve ever been at the bottom of the gorge and looked up, it’s a little unsettling to see how the road is perched on the side of the cliff, yet it’s solid as, well, a rock.

Construction began in the spring of 1927, long before compressors and jack hammers were standard road equipment. The roadbed was sculpted right out of the granite cliffside one ka-boom at a time…by some very powerful hands and carefully placed explosives.

Sixty men were hired to blow off huge chunks of granite, sending the boulders tumbling to the river hundreds of feet below. The process was dangerous and tedious. One wrong strike of a hammer could be deadly. Iron pins were driven into holes in the top of the mountain. Men who handled the dynamite hung from ropes fastened to these pins.

Driving steel for the explosive holes usually required three men: two drivers and a chucker. The chucker turned the steel every time the driver struck it. The hammer the driver used had a limber, almost noodle-ish handle. Herman Wilson described it as a high-grade white hickory wood, thinned at its center until it bent like rawhide.

“The hammer that I used would flop over my right shoulder, but then I would bring it down on the top of the steel with dead accuracy,” claimed Herman. He wasn’t just bragging. There was a huge investment in accuracy for a miss could easily break the chucker’s hands.

After the holes were drilled, the explosives were inserted, tamped down and a blasting cap attached to the end of the fuse. Then came the ear-shattering cry, “Fire in the hole!” It was shouted twice more to give men time to seek shelter from the rain of rock pounding down from the blast.

The Franklin Press called the new Highway 28, “probably the greatest scenic highway in all of the state.”