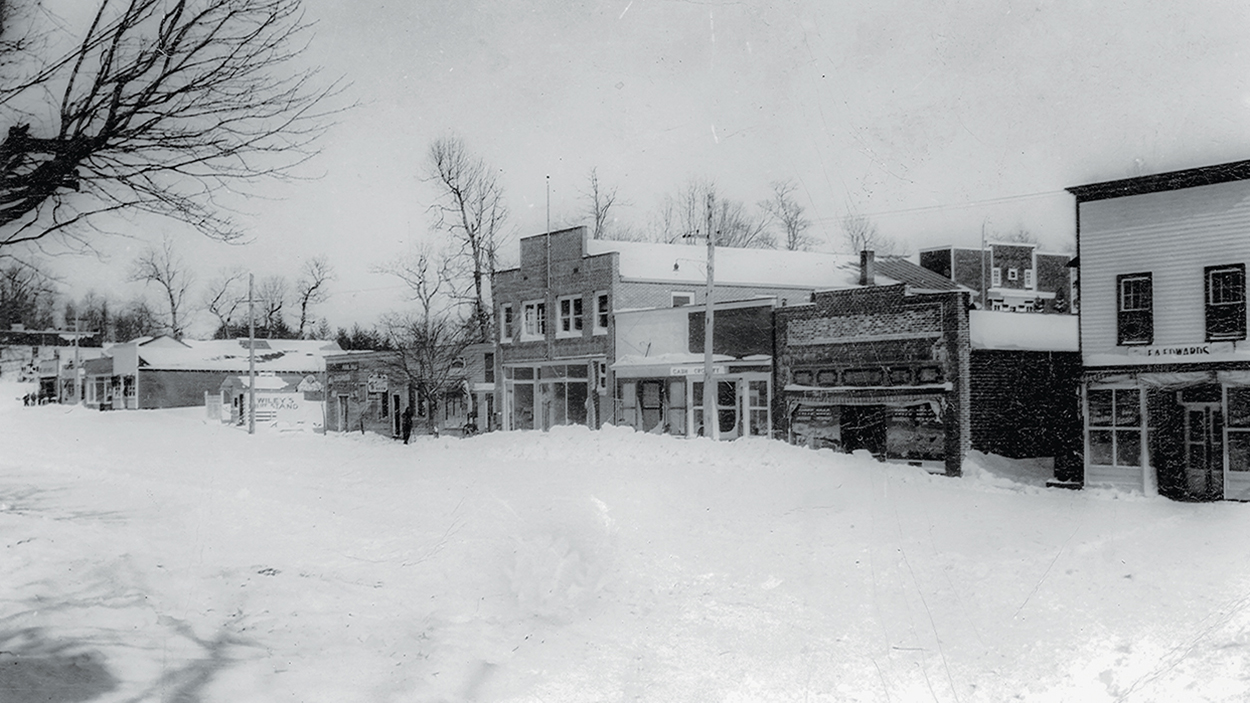 Highlands has had a long, long-term relationship with snow and ice and the complications of winter.

Approximately 40-50,000 years ago, Mother Earth seas’d up, as it were. The polar caps and surrounding oceans froze enough water to lower the sea level hundreds of feet. Florida was a blob and Long Island was no longer an island … just a whole buncha beach. So much land was exposed there was a bridge, 1,000 miles wide connecting Asia to North America. Asian pioneers moved into our upper west coast and their offspring spread across the continent. No talk of a wall then.

Eons later, their Paleo-Indian descendants followed herds of big game. They made it to the Carolina region c. 8.000 BCE, possibly earlier. That was the Appalachians’ first human encounter.

Fast-forward to the 1880s when our second ice encounter, ice cream, that scrumptious, melty, sweet confection, made the scene. Ice cream played an important role (it was a sher-bet) in Highlands Academy School’s expansion.

In the school’s first year, kids were already cramped. This was the year of the deep snow … about three feet of it.

Snow covered the ground for a month. Locals cut ice blocks from the lake, layered them in sawdust, and stored them in a barn. Hard to believe, but they lasted ‘til summer when the ice was used to freeze churned cream. Students sold enough ice cream to purchase lumber for a school house addition.

The third ice-capade was ice-skating. A foot of snow in January of 1940 set the weather-stage for freezing Lake Sequoyah by early February. A 15-inch sheet of ice topped the lake. The ice was so thick cars drove on it. Hundreds of skaters figure-eighted themselves silly.

Here’s hoping this article, written in November, will predict some Ice Ice, Baby for those who long to take a spin around the lake. You can always visit Highlands Ice Skating Rink if Old Man Winter is slumming it this season: (828) 526-3556.

To learn more about Highlands winter wonderland, refer to Ran Shaffner’s Heart of the Blue Ridge or go to highlandshistory.com or email [email protected].